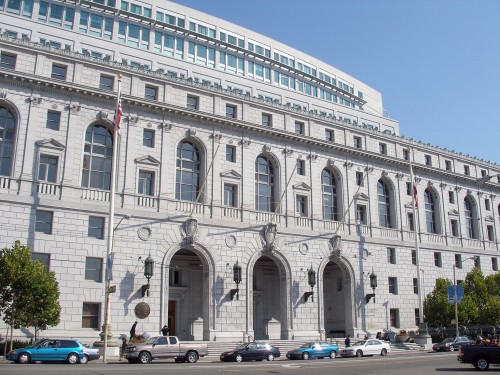 SAN FRANCISCO — The California Supreme Court last week made a momentous decision in the years-long fight to end cash bail, unanimously ruling that judges may no longer hold an arrested individual in pre-trial detention solely because of the individual’s inability to afford bail.

Under previous California law, judges primarily based bail decisions on defendants’ previous criminal records and the seriousness of their current offense(s). With the new ruling, judges will now have to also consider the accused’s ability to afford bail.

The reversal in the cash bail system is expected to dramatically shift incarceration demographics in California, where the median bail of $50,000 is five times higher than the median in the rest of the United States. This has led to a total of 53% of the state’s jail population consisting of pretrial detainees, who are overwhelmingly low-income individuals and people of color.

The ruling comes just four months after Californians voted to uphold the cash bail system by rejecting Proposition 25. If passed, the proposition would have replaced cash bail with a controversial risk assessment system.

Concerned that risk assessments would be  disproportionately biased against people of color, several social justice organizations—including the ACLU of Southern California, Human Rights Watch, and the California State Conference of the NAACP—united with bail bond companies in an unexpected but successful coalition to oppose the proposition.

Given the intensity with which bail bond companies have fought efforts to reform cash bail in the past, it could have been reasonably expected that representatives would also decry the Court’s decision in the recent ruling; backlash, however, has been minimal. Albert Ramirez, general counsel of the Golden State Bail Agents Association, says that Proposition 25 would have killed the bail bonds industry, but “we can live with” the requirements instituted by the Supreme Court.

Despite the relative neutrality of bail bonds representatives, opposition has been highly prominent among victims’ rights advocates such as the Criminal Justice Legal Foundation. Kymberlee Stapleton, an attorney at the foundation, explained, “The money bail is there to ensure that they do come back for their trial date, and they’re incarcerated to protect the victim or the public … It’s hard to tell what impact this will have on victim and public safety going forward.”

Justice Cuéllar addressed this concern in the Court’s opinion, noting, “Other conditions of release — such as electronic monitoring, regular check-ins with a pretrial case manager, community housing or shelter, and drug and alcohol treatment — can in many cases protect public and victim safety as well as assure the arrestee’s appearance at trial.”

Perhaps the biggest question arising from the Court’s decision is how exactly the new bail procedures will operate. The answer lies largely in the hands of future cases and judges, with Justice Cuéllar explaining that “this is not a case that requires us to lay out comprehensive descriptions of every procedure by which bail determinations must be made. We leave such details to future cases.”

While the ruling falls short of the complete cash bail overhaul that prison reform advocates would like to see (and some states such as Illinois have already implemented) the decision provides the hope that racial and economic inequities among the incarcerated will be somewhat alleviated.

“This is a huge deal and I welcome it,” said Dolores Canaly, an organizer at The Bail Project. “But a lot of work remains to be done, and we have to stay vigilant.”