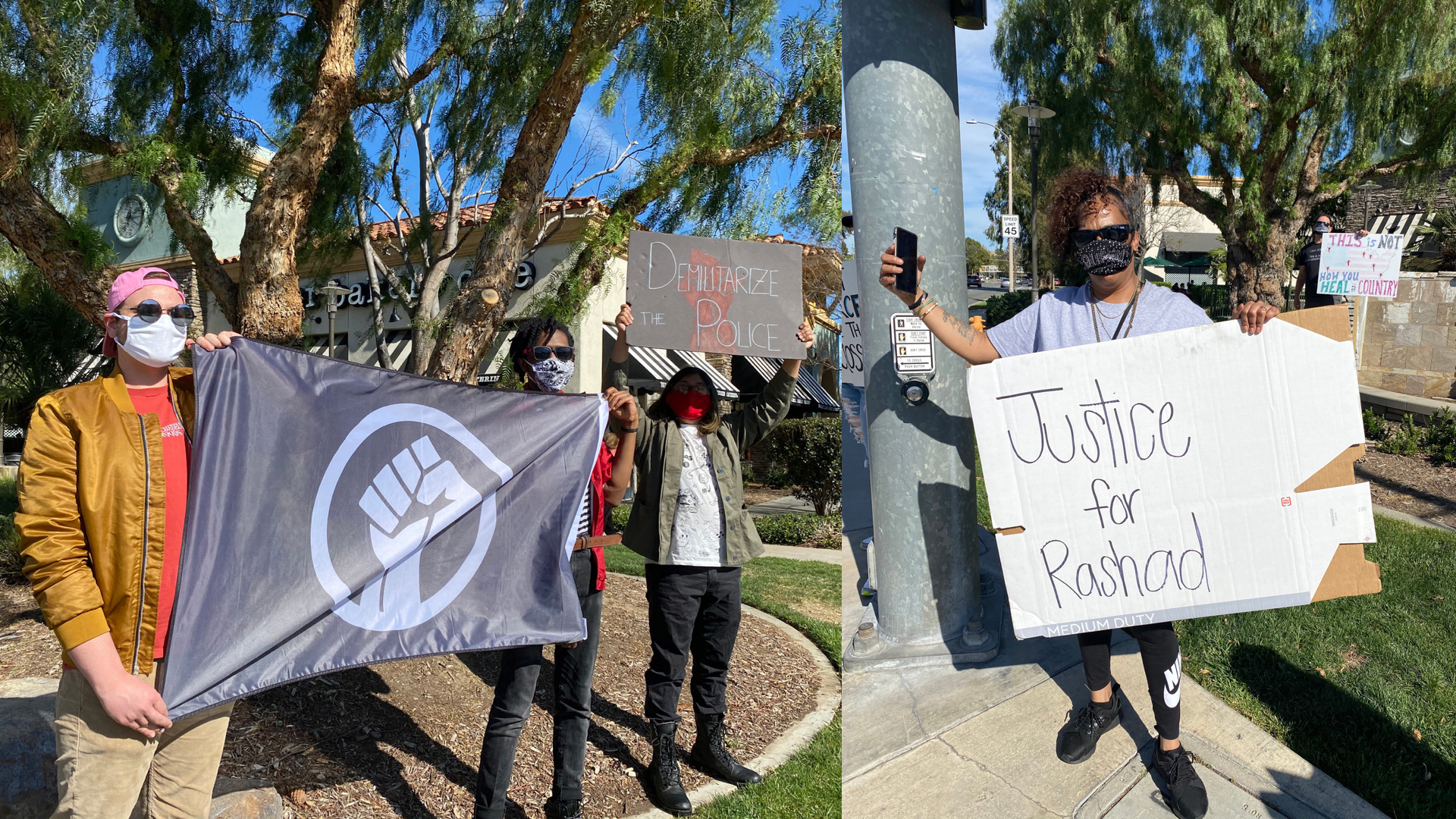 SANTA CLARITA — On Sunday, protestors gathered on the corner of McBean Parkway and Valencia Boulevard with Black Lives Matter posters and flags to demand justice for Rashad Singletary, the Black man who had been forcefully held down and punched by Los Angeles County deputies in a viral video last Tuesday.

According to statements made by the SCV Sheriff’s Station, Singletary was arrested in connection to a package theft investigation. “[Singletary] became uncooperative and a use of force occurred,” said SCV Sheriff officials.

The protest on Sunday was organized by SCV for Change, a local activist group that holds weekly protests regarding social justice issues in the Santa Clarita valley. The group organized the protest after sharing and denouncing the video of Singletary’s forceful arrest.

“We’ve been out here every week for about a year now,” said a representative of SCV for Change. “This is not the first time something like this has happened in Santa Clarita.”

SCV for Change points out that the Santa Clarita Sheriffs have come under scrutiny for similar incidents in the past. In March 2020, activists were concerned when a man was shot and killed in the parking lot of the SCV Sheriff’s Station.

In August 2020, a video of SCV deputies pointing guns at unarmed Black teenagers was widely circulated on Instagram and Twitter. According to the mother of one of the teenagers involved, the group had been skateboarding in the area when they were attacked by a homeless man with a knife.

When the police arrived on the scene, they pointed their guns at the teenagers as several by-standers said, “It wasn’t them!” and “it was the other guy!”

SCV for Change had organized protests outside the station throughout the summer to address the incident. Several protestors held up skateboards and signs that read: “A Skateboard is Not a Deadly Weapon.”

“People out here tend to take the sheriff’s word for things and think of their statements as the official, true version of events,” said SCV for Change. “But videos of the police brutalizing Black Americans show that isn’t always the case. We started these protests because of what happened to George Floyd. Racial violence is happening all over America and Santa Clarita certainly isn’t exempt.”

Other protestors expressed concerns that many Santa Clarita residents remain complicit in the mistreatement of POC and tend to immediately side with the SCV police.

“Our first day in Santa Clarita, we saw a Blue Lives Matter protest,” said protestors Adrian Hawthorne and Luis Rivera. “We’re out here because we don’t want people to keep spreading views of oppression. It’s time for change, it’s time for a revolution.”

Sebastian Cevares, a local political figure who works closely with SCV for Change, was also present at the protest. Cevares expressed support for Rashad Singetary and his family and encouraged others to come out and protest.

“Hashtags and trends are good, but we need in-person action too. Black Americans in our country and city deserve better. Incidents like this one keep happening, even if folks in our city have tuned it out. We need justice and accountability,” said Cevares.

Among the protesters were also several members of Rashad Singletary’s family. His aunt, Casey Burt, led the protesters in chanting her nephew’s name.

Burt was emotional as she explained her frustration of how Singletary was treated. “Rashad, my nephew, is a Black man. He has mental health struggles. So he gets labeled and stereotyped,” said Burt. “Labeling and stereotyping is wrong. I’m tired of the racial profiling.”

According to Burt, Singletary’s family has not been able to contact or see him since his arrest.

“We saw what happened to George Floyd and we hurt for his family. And now it’s happened to us, to my nephew,” said Burt. “You really don’t know what this is like until it happens to you.”

Rashad Singletary’s family has set up a GoFundMe to help pay for his legal fees and mental health treatment. With the help of SCV for Change, they have raised about $2000 so far.

Another protest is planned for this Sunday, April 11. 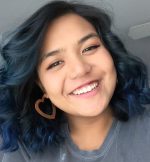 Cailin Garcia is the co-editor in chief and founder of the People’s Vanguard of Los Angeles. Originally from Santa Clarita, CA, she is currently a senior at UCLA, studying Sociology with a minor in Professional Writing.