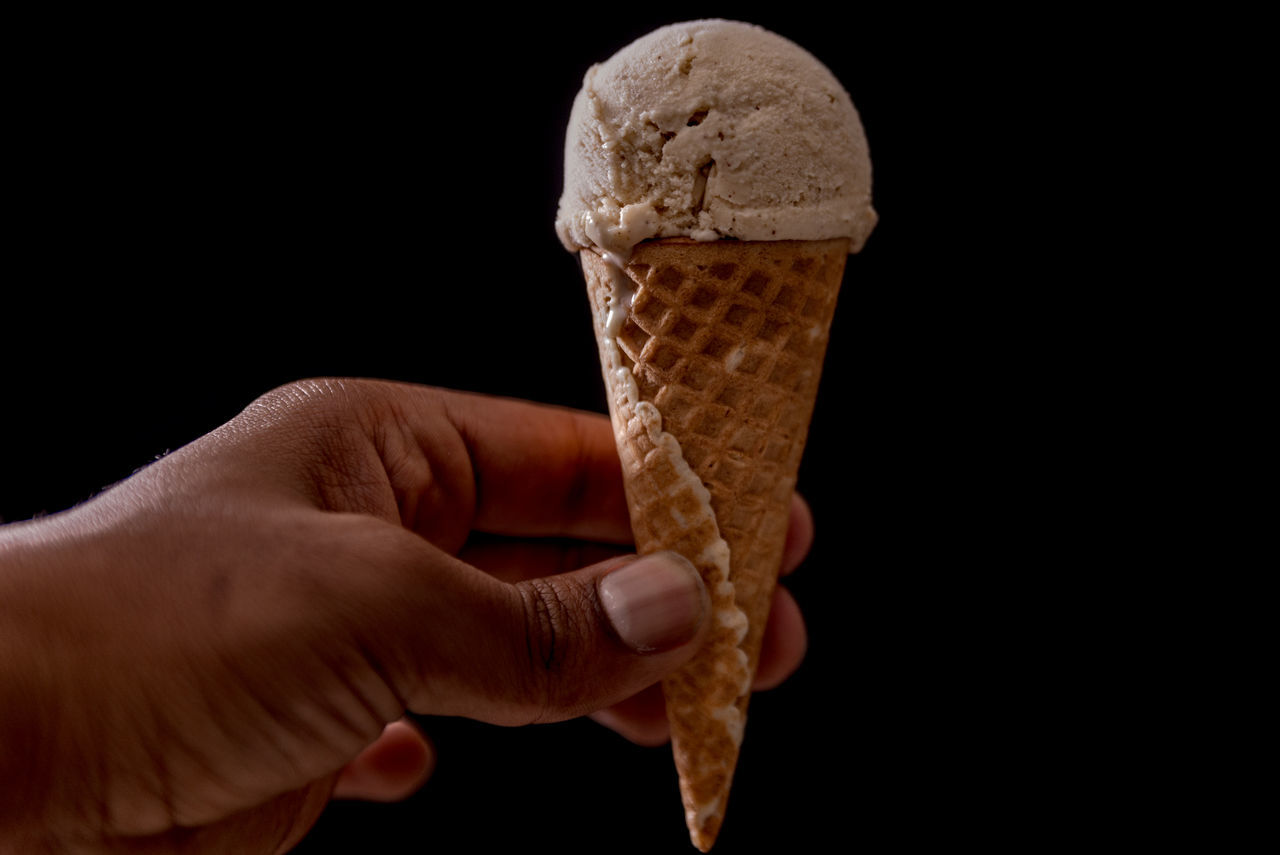 Oakland– Yvette Phillips-Aldama spent decades as a dedicated member of the Oakland community– serving as a spiritual leader in her Afro-Cuban religious community, sitting on local boards, working with cultural arts groups, and actively promoting the well-being of black and brown girls and women.

Aldama had no criminal record, had never been fingerprinted or had a mugshot taken, and had never been forced to undergo court proceedings as a defendant. That all changed in May 2018, when Aldama became yet another target of the criminal justice system that disproportionately targets black and brown communities. Her crime? Selling ice cream to neighbors from within her own home.

“I’d never been fingerprinted or a mugshot in my whole life ever. Ever. Everything I’d seen in all my years, in all my life, good and bad, ice cream was the one thing that gave me joy. I’d lost my father 3 years earlier and ice cream was one of his favorite things,” Aldama recalled, tears welling on the brim of her eyes.

The officers gave Aldama no prior warning or indication before she was bombarded with thirteen charges from undercover law enforcement.

“They set up a whole sting operation to bust me. For ice cream. They didn’t send a cease and desist letter directly to me, they sent it to the theater where I had served it that weekend as part of a theater performance I was a part of. They didn’t warn me or reach out to me directly. Instead, they set up a sting operation for a “Pop Up” I had hosted from my home, did a two-month investigation, and tacked on thirteen charges.”

Arguably, the effort used to prosecute Aldama for such a minor violation constituted a blatant misuse of funding and resources, and the usage of undercover law enforcement only served to exacerbate the perceived severity.

As she later noted, “I just didn’t understand. I don’t need to justify who I am in the world, who I am in the community. Looking back, even three years later, I’m still feeling it all. I’m still fixating on the shame, what it did to me, my spirit, what it snatched from me.”

But the issue was not just that Aldama, as an “upstanding citizen,” who was traumatized by the criminal justice system. Rather, she was targeted in a manner that most likely would not have occurred had she been white.

Aldama’s ice cream was, on a fundamental level, scarcely different from any neighborhood lemonade stand run by children on hot summer days; small-scale, designed to bring some sense of sweetness to the surrounding community, and focused on little aspects of joy rather than some nefarious motivation to undermine the system.

Although the dairy industry is somewhat strictly regulated, it is almost unthinkable that those lemonade stands would face any charges, much less 13. Why, then, was that not the case for Aldama? Why did the criminal justice system choose to prosecute this woman?

“I stand then and now, that, had I been a white or Asian woman, this would have never happened, and in fact, I would have been directed to resources to support me,” said Aldama.

She explained that the Alameda County District Attorney’s office provided little support or empathy to her throughout the entire process.

Aldama stated “On May 31, 2018, I was forced to turn myself into Santa Rita Jail. I was humiliated, had a mugshot taken, fingerprinted for…ice cream. In June 2018, broken, I settled for a ‘deferred prosecution’ because I did not believe I could get a fair trial in conservative Dublin in the era of Trump.”

Aldama’s “deferred prosecution” was, essentially, an avoidance of a criminal conviction in exchange for “one year of not getting in trouble.” However, the completion of a deferred prosecution program still shows up on background checks and thus has the potential to negatively impact individuals for their whole lives– especially for those like Aldama, who work in the social services sector.

Furthermore, on September 18, 2018– less than three months after the conclusion of Aldama’s court proceedings– then-governor Jerry Brown signed Assembly Bill 626 into law, allowing individuals to operate restaurants from their kitchens.

AB 626 essentially legalized precisely what Aldama had been doing. Though counties and local jurisdictions need to opt into the bill, and Alameda County has not yet done so, Aldama believed that the mere introduction of AB 626 should have been considered as a factor in her defense.

“The initial Public Defender I had was supportive. She kept me up to date, asked me about my ice cream. She saw me as a person, not just a number. But then, my case got transferred to her supervisor, who was overworked and oversaw a lot of cases and pressured me into a rapid decision about accepting the deferred prosecution,” Aldama recalled.

In the years since the incident, Aldama witnessed a huge increase in home-based restaurants, and even noted that, “At least 3 of those ice cream businesses have popped up since the pandemic in Oakland.”

She continued, “I remember seeing this cute story about an Asian woman and her boyfriend who started making ice cream in their home in Oakland when the pandemic hit. The language of the story was very careful about implicating them or viewing them at all in a negative light. And I have nothing against them specifically, but I can’t help but contrast this marketable story with mine, where they set up a whole sting operation with undercover agents from the state of California. It’s impossible not to compare.”

As part of her process of regaining the joy that was stolen from her, Aldama began writing about her experience. In 2021, her piece “House/Full of Blackwomen: The Insistence Movement” was published by the International Journal of Human Rights Education. In the piece, Aldama and co-writers Brandie Bowen and Ellen S. Chang detailed the philosophy behind insistence.

In her words, this philosophy is that, “Resistance is always about being in response or reaction to something. We are in the resistance movement, but what if we become the insistence movement? We insist on our humanity. We insist upon housing, we insist upon respect. Because when you look up the word ‘insist’ in the dictionary, its root meaning is perseverance. It’s more of a demand. And it’s an actualization as such.”

Through insistence, black activists are able to redefine the narrative to center humanity in and of itself, not as a reaction to dehumanization. This concept is thus deeply radical–and deeply transformational.

For Aldama specifically, insistence through the avenue of writing has been (and continues to be) fundamental to her healing journey. “For months, I woke up sad and I went to bed sad, and writing was a way for me to begin to push my way through it.”

“In July, I did some work with playwright Ellen S. Chang, and she helped me submit a project proposal to the city of Oakland. I was trying to heal myself around my body and my mind and the parts where it hurt, and writing that proposal was part of that puzzle.”

“In September 2020, I participated in an Open Session with an artist for the Ford Foundation where I sat with her as she created poetry and song; from that experience, in October 2020, I co-created and performed a magic act that was centered around my experience with ice cream, joy and the justice system, ‘I got arrested for selling ice cream’ as part of House/full of Black Women Episode 14;  Reparations Vaudeville | The New Chitlin Circuitry.”

From there, Aldama wrote for and was published in an international journal. She has spent innumerable hours reliving her traumatic experiences. Finding again and again that healing is not abrupt and it is not linear; it is an ongoing (and perhaps eternal) process.

In an interview conducted in April 2021, Aldama’s raw, real, visceral emotions surrounding her prosecution were evident. Three years after the arrest, she still finds herself painfully sobbing when discussing it, as writing and talking about it highlighted all the pieces, even those she has attempted to forget.

Nevertheless, she firmly believes that it is fundamental to her healing process to continue to share her story. Through writing and interviews, her goal is not to retell the exact same events and become disconnected from it, but rather to help her heal, and to highlight the lifelong emotional trauma that can result from needless dehumanization by the criminal justice system.

Since 2018, she has often found herself wondering “How can I artistically/creatively get real change and reform and talk about the way in which minor criminalizations impact the lives of black and brown people? How do I bridge information and wellness into that without being dragged into the criminal justice system? How can we navigate a way to actually be supported?”

The answers to those questions must be addressed on a systemic level, of course, and responses also vary drastically from individual to individual. Aldama says that, personally, she is “still trying to figure out how to teach black and brown girls how to make ice cream and the art of making ice cream.”

“And after this call, I’m going to make biscuits.” She tells the Vanguard. “That’s my way of taking care of myself right now.”

Aldama’s experience is a story that resonates with far too many marginalized individuals, a story of living with trauma borne from needless criminalization, a story of brutalization by the very people who purport to “do good,” a story of learning to heal and helping others on their healing journey, a story of resilience, and, perhaps most importantly, a story of insistence.

Sofia Abramsky-Sze is the editor of The Vanguard at Berkeley’s social justice desk. She is a first-year at UC Berkeley studying Psychology and Public Policy. She is from Sacramento, California.

2 thoughts on “Ice Cream and Insistence: A Case of Overcriminalization for Black Women in Oakland”