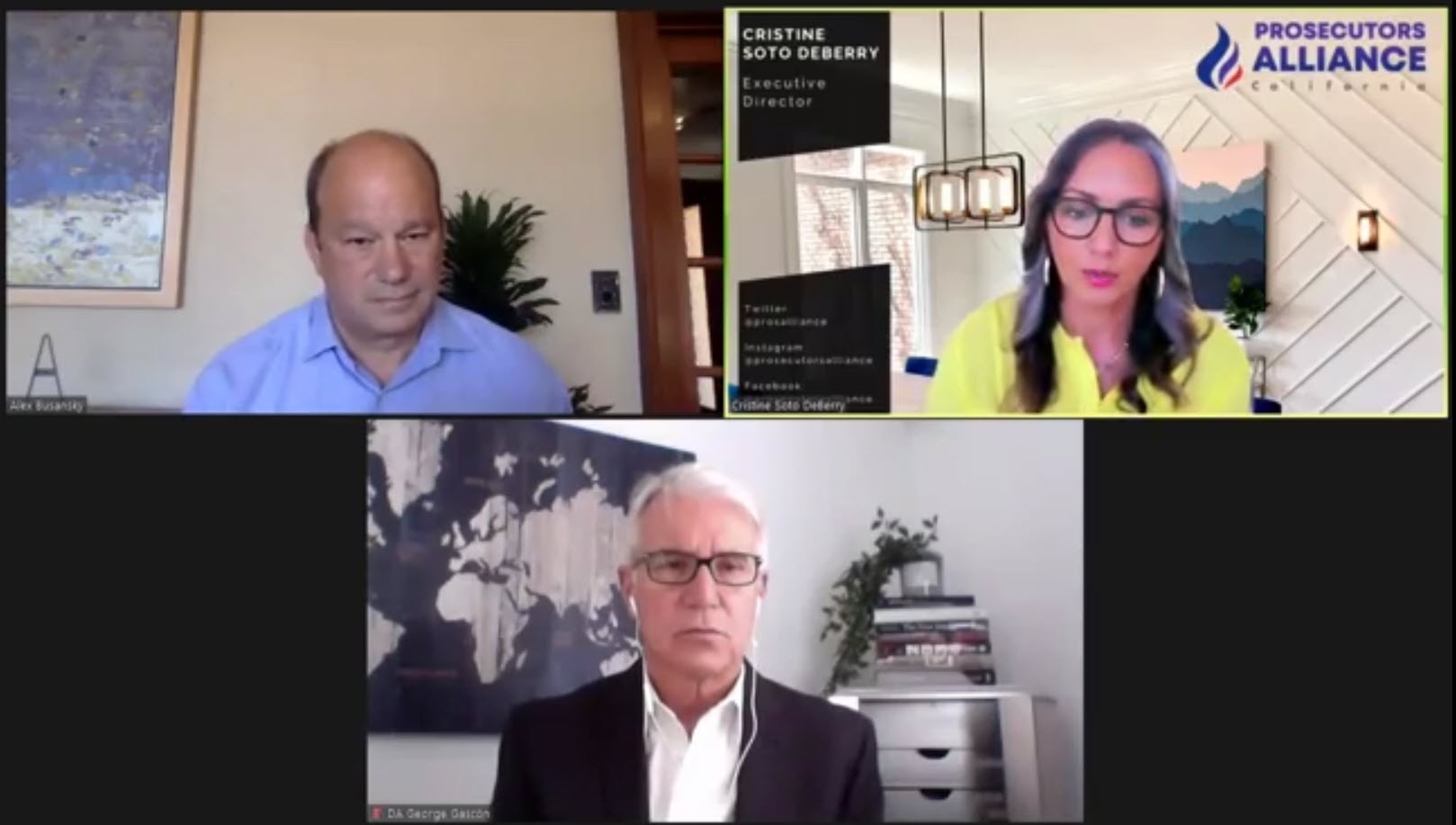 OAKLAND, CA – Los Angeles progressive District Attorney George Gascón, and Christine Soto Deberry, the founder and Executive Director of the Prosecutor’s Alliance—an organization for reform-oriented prosecutors and other law enforcement—met on a panel sponsored by Impact Justice to discuss how progressive prosecutors navigate the pushback they face from police unions who try to stifle reform.

Gascón began the panel by explaining the power of police unions, and said their ability to resist attempts at policing reform has been steadily growing since the 80s.

“As we went through the tough on crime era of the late 1980s and 1990s, we began to grow the size of policing and grow the number of prisons, and as such we saw a commensurate increase in both economic and political strength of police labor organizations,” said Gascón.

Deberry explained that in almost all cases, the number one opponent progressive prosecutors face when trying to advance criminal justice reform is police unions.

“If you look at any reform or reformer around this country,” said Deberry, “the resistance they’re seeing predictably in every situation is going to be the police association in their local or state level community.”

According to Gascón, this can largely be attributed to the police’s desire for self-preservation.

“As we continue to decarcerate, and as we continue to shift our emphasis from one of punishment and retribution to one of rehabilitation, and we start to look at safety in our community through a public health lens, you start de-emphasizing the role of policing,” said Gascón.

Both Gascón and Deberry stated that the reason why fighting police union power is so uniquely difficult is due to their relationship with prosecutorial offices who are supposed to be holding them accountable.

Deberry noted that 98 percent of cases prosecutors bring to court come from police activity and Gascón pointed to how many elected prosecutor’s campaigns are largely funded by police union donations.

This elucidates the larger problem which Deberry stressed, that police unions have largely outgrown their function as a labor-organizing force and have become effectively lobbying groups.

“[Police unions] have essentially become a Super PAC around this country,” said Deberry. “In California, the police associations and unions have spent nine times more than the NRA.”

Both Gascón and Deberry believe that the solutions to the problem revolve around creating a buffer between prosecutorial offices and police unions in order to break their symbiotic relationship.

Deberry’s group, The Prosecutor’s Alliance, has already begun pushing forward legislation which hopes to address this issue. “We have a bill going through the legislature right now called SB 710,” said Deberry.

“What the legislation will do is require prosecutors that take money from police associations to recuse themselves from decision-making when they’re looking at one of the members of that association for misconduct or criminal prosecution,” said Deberry.

It is, Deberry added, “a modest measure, but an important first step. It is the first attempt in this country that we know of to try and regulate that relationship and create some separation.”

Gascón similarly echoed that legislation of this kind is only a very small first step in the larger fight, and that in order to truly be able to push forward reform, an independent oversight body must be created.

“This is only the floor rather than the ceiling,” said Gascón. “I’ve come to the conclusion that the best vehicle would be to have a completely independent body – not the Attorney General, not the elected District Attorney – but an independent body at a county level, that their sole purpose would be to do this work.

“That is, to evaluate and investigate police misconduct independently, and have the power to, if appropriate, seek a prosecutorial path,” Gascón said.

Dario is a rising junior at UC Berkeley studying Political Economy and English who is passionate about criminal justice reform.