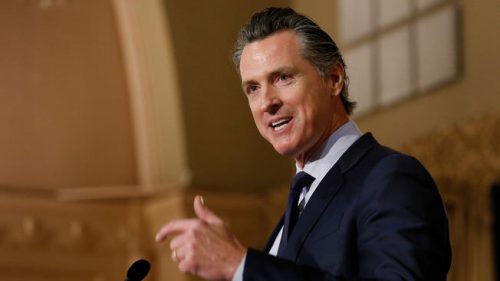 CALIFORNIA— With California passing the COVID-19 vaccine mandate for all unionized guards and peace officers, Governor Newsom and the California Correctional Peace Officers Association (CCPOA) warns that the threats of an exodus in California state prisons are not empty.

Previously, on Sept. 27, U.S. District Judge Jon Tigar ruled that all prison guards must be vaccinated against COVID-19, effective Oct.15. However, just one day prior to its effective date, Kern County Judge Bernard, pleaded by both Governor Newsom and the CCPOA, granted a preliminary injunction, temporarily putting a halt to the order so that the case could get a new hearing by the U.S. Ninth Circuit.

On Oct. 27, the case was once again looked over and it was ruled that those covered by the mandate must comply by Jan. 12, which is eleven weeks from the date of this order, and more than fifteen weeks since the Court originally set the mandate.

Governor Newsom argues that, with this order, many correctional officers will leave their job before they are forced to submit a COVID-19 vaccine. This exodus will arguably plunge the 34 California state prisons into a chaotic crisis as it could wreak more havoc than good for the incarcerated. Housing over 95,000 incarcerated people, the state prisons are considering leaving the incarcerated locked in their cells for most of the day if they are short staffed.

The threat of an exodus of California’s state prisons is worrying as it could ramify into worse living conditions though its initial aim is to alleviate prisoners from the risk of becoming infected with COVID-19.

Aparna Komar, the founder and director of the Covid In-Custody project, points out with her quantitative and qualitative reports on CDCR and county jails that “On Aug.19, there had been a vaccine mandate for healthcare workers, those working in jails and prisons included, because they are high risk.”

Thus, as of Oct. 14, its effective date, healthcare workers at California State prisons, obliged. Will correctional officers oblige too or will an exodus occur?

Aparna also shines light on the fact that “prison systems are returning back to normal operations, especially in terms of population.” So, with prison populations growing and developing towards pre-pandemic numbers, as well as almost half of the COVID-19 outbreaks in prisons linked to staff members, it’s concerning that there are not many more correctional officers receiving vaccinations.

In state prisons, only about 36,000 of the 57,000 staff members are fully vaccinated, creating a dangerous environment for incarcerated people, workers, and their families.

As Governor Newsom and CCPOA continue to fight the orders, there’s no clear telling just yet if there will be an exodus and what that would mean for California’s incarcerated population.