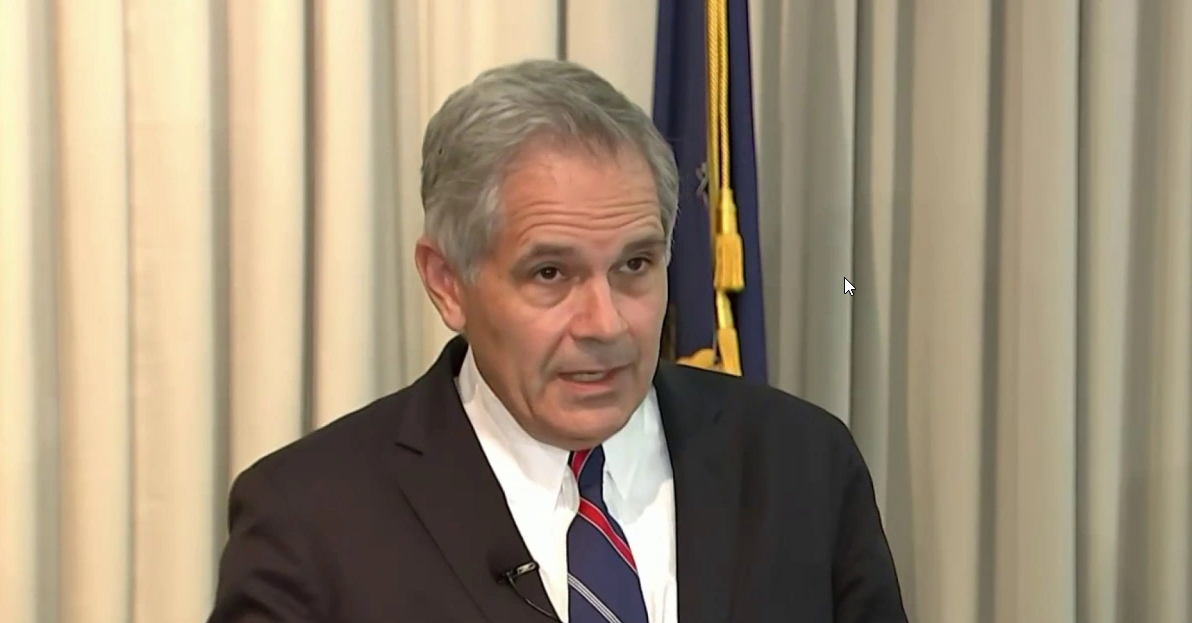 PHILADELPHIA, PA – The Philadelphia District Attorney’s Office (DAO), in a news conference that was livestreamed on Facebook, District Attorney Larry Krasner said the DAO has come up with two different waves of probation and parole policy changes.

“These policies are closely connected in my mind to public safety because we all live in a city where our probation and parole officers are overloaded… and unnecessarily so and in ways that make it more difficult for them to provide intensive supervision to the people most in need of supervision, including people who may present serious danger,” Krasner said.

Krasner added that the science makes it clear that the first three years of supervision on probation and parole are often beneficial.

“But once you get past three years, it’s not just that they are ineffective. It’s that they tend to put people back in jail who shouldn’t go back to jail. They tend to make people fail. And so access of probation or parole becomes an on-ramp back to mass incarceration. And it becomes a tripwire that stops people whose lives are being turned around,” he said.

The press conference featured several speakers, the first of which was Sangeeta Prasad, a Stoneleigh Fellow with the DOA, who Krasner described as the “mastermind behind these policies” as she has been handing out advice, doing research and obtaining information.

“One of the first things in the policies are incentives. The DAs will agree to shorter probation terms for people who are doing well. So generally speaking… if people have been doing fine for about half of their parole probation sentence, the DAs will agree to early termination of those probation parole sentences,” Prasad said.

“As some of the probation leaders in the state have said, when testifying before the Senate Judiciary Committee, they themselves couldn’t abide by all those terms. And they certainly couldn’t do it year after year after year,” Prasad said.

Byron Cotter, director of alternative sentencing at the Defender Association of Philadelphia, recounted a story of a woman on probation. He said she is now fully employed and is doing very well, wanting to buy a house.

He said that’s the type of client he deals with on a daily basis and added, “If I can get her probation terminated, she’s going to skyrocket. She’s going to be a productive citizen of the state of Pennsylvania, a taxpayer and [will] make sure that her children do extremely well.”

Adams said his parole officer afforded him the latitude to do the things he said he was going to do and be the person he wanted to be. He said even though he had to pay fines and restitutions, his parole officer understood and he saw his vision.

“And that vision is making me here today because if it wasn’t for the leniency on his part, I wouldn’t be here. So, the things that the DA’s office is trying to do is imperative that we get this done, because it’s going to springboard so many other people to do that – become their best selves and design their own futures.,” Adams said.

He added, “Just the mere fact that you’re on paper has a negative effect on the psyche of your mental ability to function on a daily basis. We have to break the system. The system is working against us and it’s working as it was designed to do and we desperately need reform,” Adams added.

For the second part of the press conference, Krasner gave a gun crime update, recounting cases of mostly shootings.

One of note was one that occurred on Nov. 20, when a Black woman who was seven months pregnant was shot once in the head and once in the stomach. Tearing up, Krasner said she was transported to a local hospital, where she and her unborn child were pronounced dead.

Krasner took questions afterwards and was asked about how financing different projects works. Krasner said they are struggling to finance those measures, though it’s good to have community meetings, testify before council and be open and transparent about it.