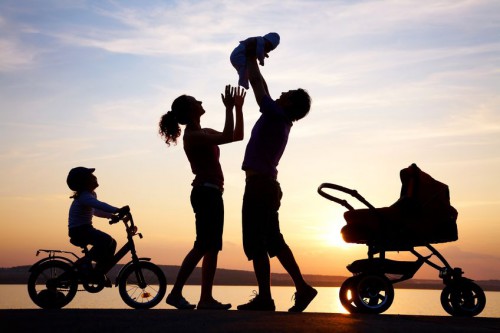 With schools all around the nation slowly moving back to in-person learning after being online for almost two years, many parents are hesitant to send their children back to school. To ease those fears, California State Senator Richard Pan from Sacramento is proposing new legislation that will require students to get the COVID-19 vaccine.

On Monday, Senator Pan proposed a new bill to combat the COVID-19 virus and ensure the safety of students. This bill would require California students from K-12 to be vaccinated against COVID-19 starting Jan. 2023, unless they have a medical exemption. If the bill passes, Pan claims it is set to serve “as a cornerstone to keeping school open and safe,” and will override an exemption in the state’s current vaccine mandate.

This piece of legislation will eliminate the current personal belief exemption in school-based COVID-19 vaccination requirements. At a conference at a Los Angeles school, Pan argued that “Families across the state and country have faced disruption, anxiety, and trauma from this pandemic for almost two years. Confidence and certainty are things we all long for.”

Last year, Governor Gavin Newson similarly called for a student vaccine mandate. The mandate was eventually blocked by the lower courts. “Governor Newsom got out front, he issued his executive order, but state law would make it much more certain and less likely to be challenged in court,” Pan told the Sacramento Bee. Others have agreed with Pan’s new legislation claiming that “Mandates work and they save lives. A vaccinated person has less severe reactions. The virus is less transmissible if a person is vaccinated and this reduces the opportunity for the virus to spread and mutate to another variant,” said Los Angeles Unified School District Superintendent Megan Reilly.

Senator Scott Wiener from San Francisco introduced a new piece of legislation last Thursday. The new bill would allow California children and teens over the age of 12 to get vaccinated without a parent’s consent, allowing the youngest age of any state to be vaccinated.

Currently, the Pfizer COVID-19 vaccine is fully authorized only for children over the age of 16. However, younger kids can get it under an emergency use authorization, but with Wiener’s new bill, younger kids will have autonomy in obtaining the COVID-19 shot with parental consent.

At a news conference at San Francisco’s Everett Middle School, Wiener told reporters, “You have parents who are blocking their kids from getting the vaccines or…they may not be anti-vaccine but they just aren’t prioritizing it.”

“Those kids deserve the right to protect themselves,” Wiener stated.

Dan McDunn, a Berkeley resident who has kids attending Berkeley High and Willard Middle School has already shared his views on opposing Wiener’s bill, calling it “absolutely insane.” “They’re not the getting the numbers they want, so they’ve taken the most stringent measures,” claims McDunn.

Similar to Wieners’ legislation, it is expected that Pan’s new bill will receive criticism and opposition from parents and lawmakers.

Recently, Republican lawmaker James Gallagher from Yuba City took to Twitter to share his opinions and announced that he will be in opposition to Pan’s new legislation. “I am absolutely going to oppose removing COVID vaccine exemptions for schoolchildren,” Gallagher wrote. “This is wrong and an unconscionable overreach into the family over a virus that poses very minimal threat to young children.”

“We need to make a concerted effort to educate families about vaccines,” Pan explained when announcing the bill at the press conference in Los Angeles. “There are all kinds of people who try to say that children aren’t affected by the virus. We know that’s not true. Children can get very sick. Some have unfortunately even died from this virus.”

Share:
Previous : Sunday Commentary: DiSC Plugs Two Big Concerns – Is That Enough to Push It Over the Top with Voters?
Next : Man Claiming Police Beat Him at Traffic Stop Denied Public Defender Until Judge Agrees to Appoint Free Counsel