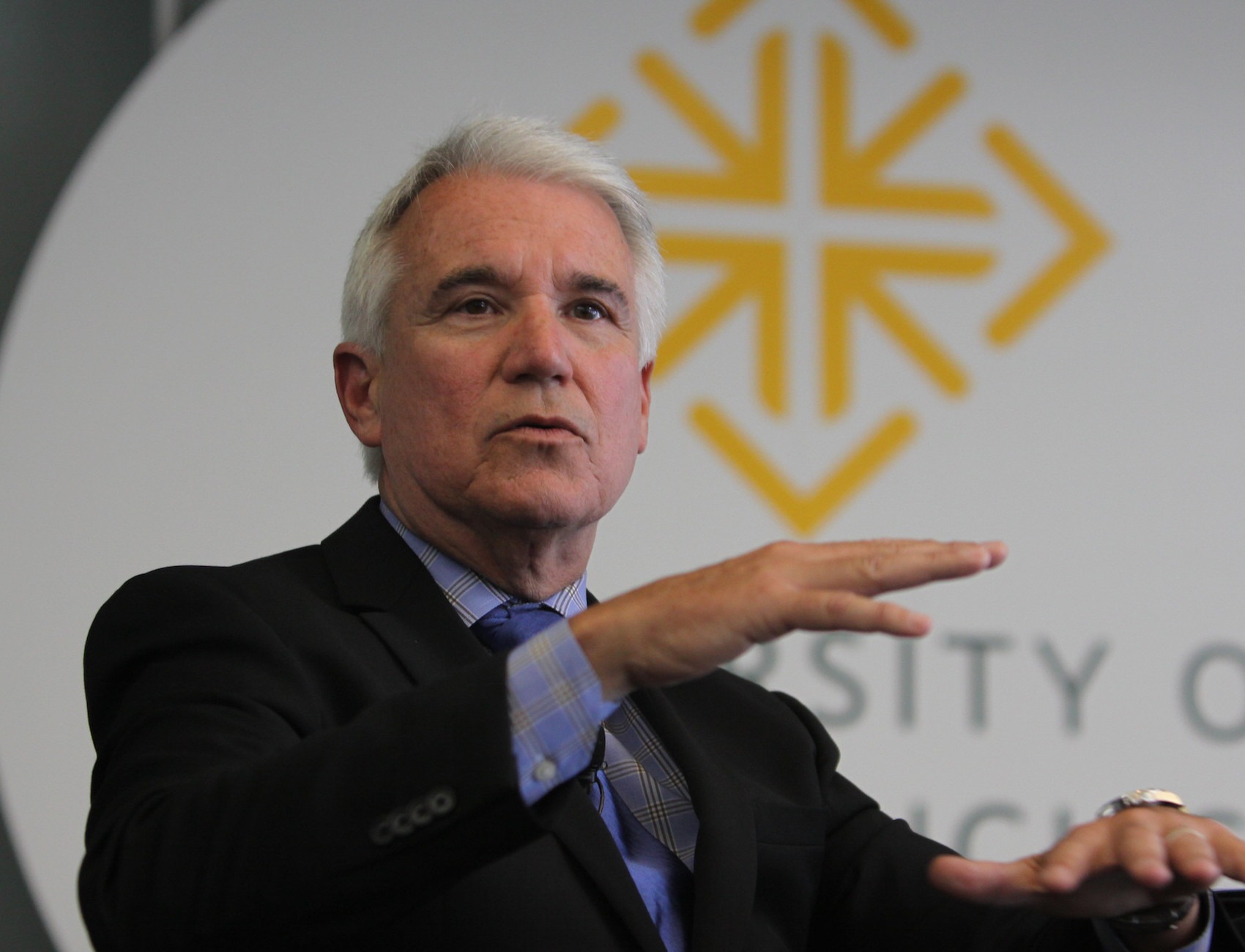 By Ava Schwartzapfel and Nora Dahl

Ghost guns are a set of tools that can be shipped by mail and assembled to make a working firearm. They only cost around $350-500 to purchase online and they are unregistered and do not have a serial number, making them untraceable by our government.

This brings up clear issues as there is no way to do background checks, or even identify verification, for unregulated online purchases, said the district attorney, noting that people who would not be able to purchase guns in the real world, due to either mental illness, failure to reach age qualification, or prior convictions, can easily acquire ghost guns using their credit cards.

Clearly, the DA explained that only the credit card companies have the power to stop it.

District Attorney Gascón pleaded, “American Express, Mastercard and Visa have the ability to go beyond what any law enforcement agency, legislature, or city council can accomplish. We are asking these companies to join us in stemming the flow of ghost guns into our communities by preventing a ghost gun from being sold with a few mere clicks on a smartphone or computer.”

These companies have taken such measures before, having ceased payments on backpage.com which was being used for sex trafficking, and they are being asked to take similar measures now.

LAPD reports that “33 percent of all guns” recovered in criminal activity were ghost guns.

Corresponding directly with violence, from January to August of 2021, it has been confirmed by LAPD that ghost guns were used in 24 murders, eight attempted murders, 60 assaults with deadly weapons and 20 armed robberies.