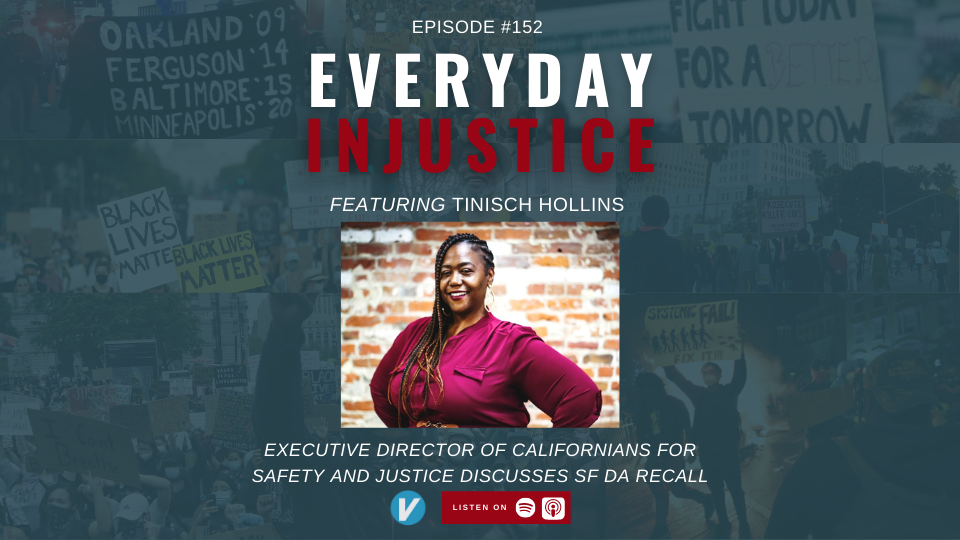 On June 7, San Francisco voters will decide whether to remove DA Chesa Boudin.  This week on Everyday Injustice we are joined by Tinisch Hollins, Executive Director of Californians for Safety and Justice.  She’s been an opponent of the recall.

Tinisch Hollins said previously, “My position today against the recall is rooted in the belief that the failures of the criminal justice system, and even the failures of this current SFPD office do not begin or end with Chesa Boudin’s leadership.”

She said, “I support him because he has been responsive to the needs and the priorities that were set out by our community.  Overreliance on the criminal legal system has had a disastrous impact specifically on the Black community, not just in San Francisco, but throughout this country.”

She said, “We need more than reliance on jail and policing to deal with the social issues that are underlying drivers of crime chase.”  She added, “I do not recall a time where any other DA’s offices were largely successful in any way, because we know the systems are broken and failing.”

Listen as we discuss the problems of San Francisco and why, in her view, removing Chesa Boudin is not the answer.