On May 5 at 6pm the Vanguard News Group is hosting a panel to discuss decarceration and public safety. We will be joined by three panelists, Jeffrey Deskovic, Pamela Price, and Bianca Samuel.

Jeffrey Deskovic, criminal justice advocate, Advisory Board Member- California It Could Happen To You, Global Advisory Council- Restorative Justice International, exoneree, and founder of The Jeffrey Deskovic Foundation for Justice, emphasized the importance of discussing decarceration, stating, “Decarceration is a very important subject because somehow we look at incarceration as the answer to everything; often shockingly long sentences, particularly in Southern States.

“During my wrongful imprisonment, I met people incarcerated for non-violent offenses; people over-sentenced—some for drug offenses that had more time than those imprisoned for violent crimes; the elderly whose medical needs were beyond the prison capacity to address, some of whom had debilitating illnesses; and prisoners who clearly were not the same people they were 10, 15, 20, even 30 years ago when they committed crimes,” he continued.

Deskovic further stated, “Clearly they could be safely released, and yet they were often denied parole over and over again with no end in sight. Not only is that inconsistent with belief in rehabilitation and a second chance, but it was devastating to their families and friends, while as taxpayers we paid money to incarcerate unnecessarily rather than having somebody pay into the tax base.

“As a society, we are additionally deprived of the difference-making efforts many formerly incarcerated people contribute upon release when deserving prisoners are unnecessarily incarcerated.

“My presentation will therefore focus on parole reform as a means of attaining decarceration: fair and timely parole, which would prevent the parole board from denying parole based only on the crime—something that could never change—but instead 1 additional factor would have to be cited; and elder parole, which would allow anyone who is 55—the age that DOCS considers a prison elderly due to the toll prison takes on the body—and has served 15 years minimum, to be considered for parole.”

If you want to learn more about decarceration and public safety, don’t forget to purchase your tickets for the panel discussion on May 5 at 6pm. General Admission is $25, student admission is $15 and there are sponsorship levels starting at $100. 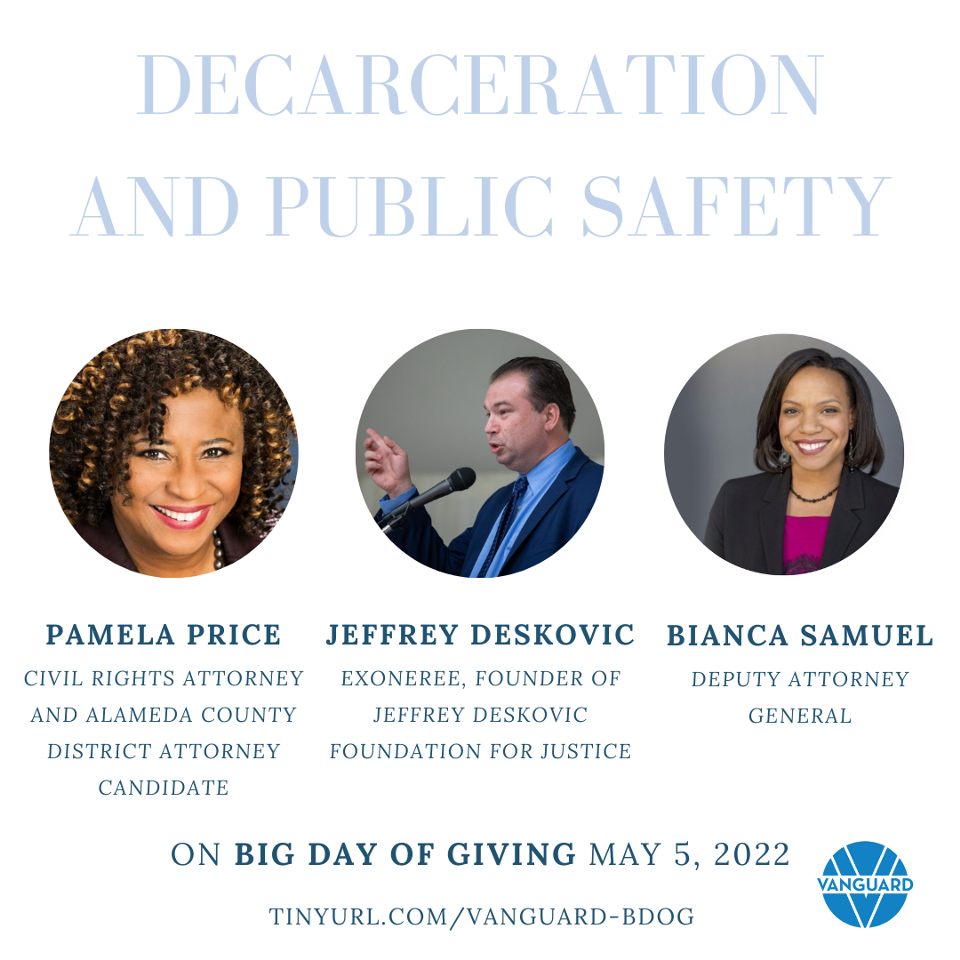 13 thoughts on “Jeffrey Deskovic Joins Us for Big Day of Giving, Discussion on Decarceration and Public Safety”