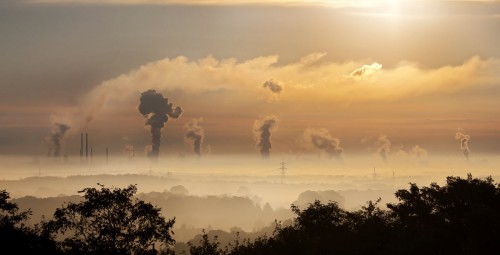 WASHINGTON, DC – In a recent study published in the Environmental Science & Technology Letters Journal, researchers found another link between the discriminatory practice of redlining and its devastating effects on communities of color.

According to the report, it was found that in the very communities that were affected the most by redlining (Black and other communities of color) higher levels of air pollution were also present.

The researchers noted that in the early 1930s, the Home Owners Loan Corporation began helping the public buy homes. By providing tools like lower refinancing options than ever before, the HOLC helped the market grow to numbers that had never been seen.

Despite the growth, however, researchers found Black Americans were not included in such advancements, and with the help of federal and local level agencies, neighborhoods with Black residents became ostracized with “red codes” on widely distributed maps.

Researchers said that in a society already deeply entrenched in racism, segregation continued, specifically within the housing market and neighborhoods.
Author Keisha N. Blain suggests that, despite any arguments that a racist history does not affect the present, the new study highlights connections to counter this.

To further connect this idea, Blain quotes author Andre Perry who states that “Black communities were zoned throughout the 20th century next to hazardous industrial sites [and] because of housing discrimination, many of these areas are still populated by Black and other disenfranchised communities.”

Ultimately, in an attempt to understand how issues can affect different groups, it is critical to understand the past and its trends because, as Blain argues, “despite the reduction in air pollution levels in the past few decades, people of color are still at a greater risk of exposure to higher levels — most often associated with their place of residence.”

Scholar Robert D. Bullard takes this further when he adds, “Redlining steals health and wealth (home ownership is how low and middle class build wealth). It was bad for America in the 1920s, and its continuing effects are harmful in the 2020s today.”