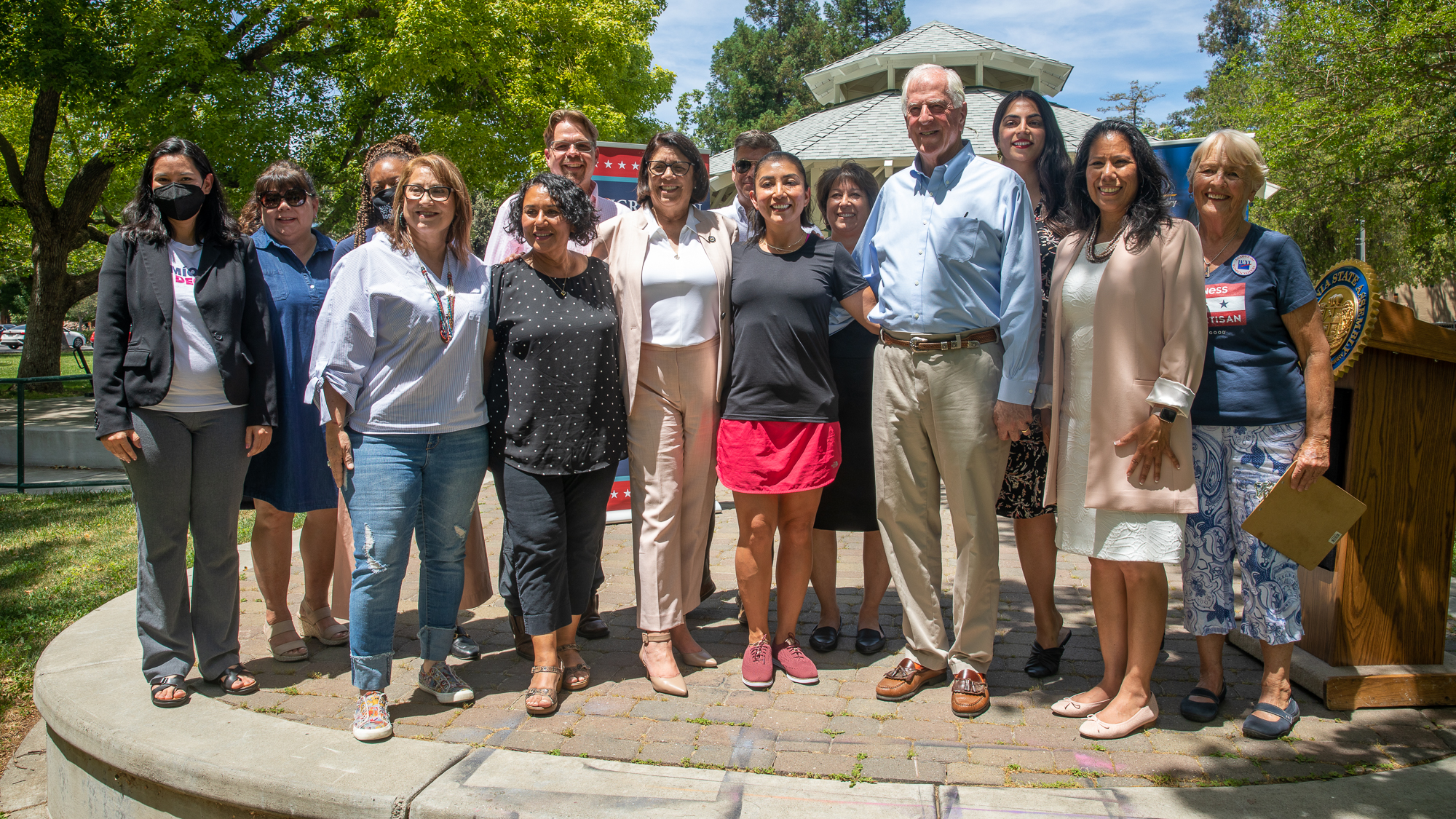 “As we stand here united in defending reproductive rights, the leaked Supreme Court draft opinion overturning Roe versus Wade is an attack on women, our bodies and our right to privacy. Over overturning longstanding court precedents will not stop abortions. It will put barriers in place for women of color, low-income families, and other marginalized communities throughout our country to prevent them from exercising their rights,” said Assemblymember Cecilia Aguiar-Curry.”

She noted that “women my age remember all too well, the injury and even death that resulted from restrictions on abortions before Roe versus Wade, but our daughters and our

granddaughters understand the impact of the movement away from respect for their own rights today, the California legislative woman’s caucus saw this coming in January and we introduced a package of 13 bills to ensure California is able to be a refuge state for women here and across the nation.”

Congressman Mike Thompson who, starting in January, assuming he is reelected, will once again become the Congressman representing Davis and much of Yolo County said, “I believe that abortion should be safe. It should be legal and it should be rare, but the choice as to whether or not to have an abortion, that’s the choice that should be left up to a woman in consultation with her healthcare professionals, her family, and her faith.”

He added, “The Supreme Court is getting ready to reverse nearly 50 years of precedent. Roe V. Wade has been the law of the land for the last 50 years. Women have had the right to reproductive healthcare for the last 50 years. The idea that this Supreme Court can reverse that is appalling and it’s dangerous. As Cecilia said, the need for abortions will not go away, but safe abortions are going to be less and that is a problem.”

He continued, “So I believe that it’s great what California’s doing, but just know, just know if this happens. Other states aren’t going to be as understanding and as progressive and as protective as the state of California, some laws that will follow this at the state level are going to decimate women’s rights and men’s rights as well because, in some states, even helping a woman find her way to get her reproductive health will be criminalized. This is a dangerous precedent.”

Davis Mayor Gloria Partida said, “We are talking about 50 years of having these protections, but it’s been longer than that, that women have fought for equal rights. It’s been more than a hundred years, and we’re setting back the advances that we have made, and especially for women of color, and especially for women who are underrepresented and women who are, you know, lower on the socioeconomic scale, who now will be driven back, who have been trying to climb out of poverty.”

She said, “This decision will make that harder.”

West Sacramento Mayor Martha Guerrero said, “Women should have the right to choose.  It is a health issue.”  She said “anything to impede that right is unjust because we have other major issues, especially as Latinas.”

She noted that she was a single mother at the age of 19, and struggled financially.

“I was so grateful to have the choice, to either have a child or have an abortion.  I experienced other women who decided to have an abortion because they feared the shame that was be placed on them among their family members, as a Latina. It is a shameful thing to have a child out of wedlock.  We should not be paying the penalty as a result of that. We should be able to have the choice financially.”

Like others she noted that “there are not enough resources today, whether it be CalFresh benefits or CalWORKS for women to be able to get back to work, being able to work on their own, with childcare.  These are a lot of unaddressed issues in our situation today.”

Winters Councilmember Jesse Loren said, “I’m standing here shoulder to shoulder with you. I’m here today to rally you to action. I strongly support women’s right to safe, abundant, and affordable abortion. Can you believe what is happening in the United States? Someone needs to tell justice Alito that the handmaids tale is a dystopian fiction and not a handbook. That’s where we are.”

She explained, quoting from the Hill, “according to Justice Alito, to qualify for equal protection and due process under the 14th amendment, an unenumerated, right, has “to be implicit in the concept of ordered Liberty and deeply rooted in the nation’s history and traditions.” That’s in his draft decision to overturn Roe V. Wade. Alito’s inescapable conclusion is that an unbroken tradition of prohibiting abortion on pain of criminal punishment, persisted from the earliest days of the common law until 1973, do you know what that is simply untrue.”

She said, “He has the right to an opinion, but he doesn’t have a right to the facts.”

She added, “They aren’t promoting a living wage for women. They aren’t rallying, around healthcare for all, or providing extended paid maternal leave.”

Lauren Babb, Planned Parenthood Vice President of Public Affairs noted, noted that they been preparing for this moment.

“We are gearing up to see more out-of-state patients we’re already seeing close to 80 patients in the fiscal year. Many of them coming from Texas after SB 8 was passed,” she said.  “This fight is not lost. Our work will continue. We anticipate seeing an additional 250 to 500 patients per week from out of state when Roe V Wade falls, why does that matter? Well, that means that the care for our everyday California patients could be impacted.”

That means that the suite of bills needs to allow them to expand that access to care. 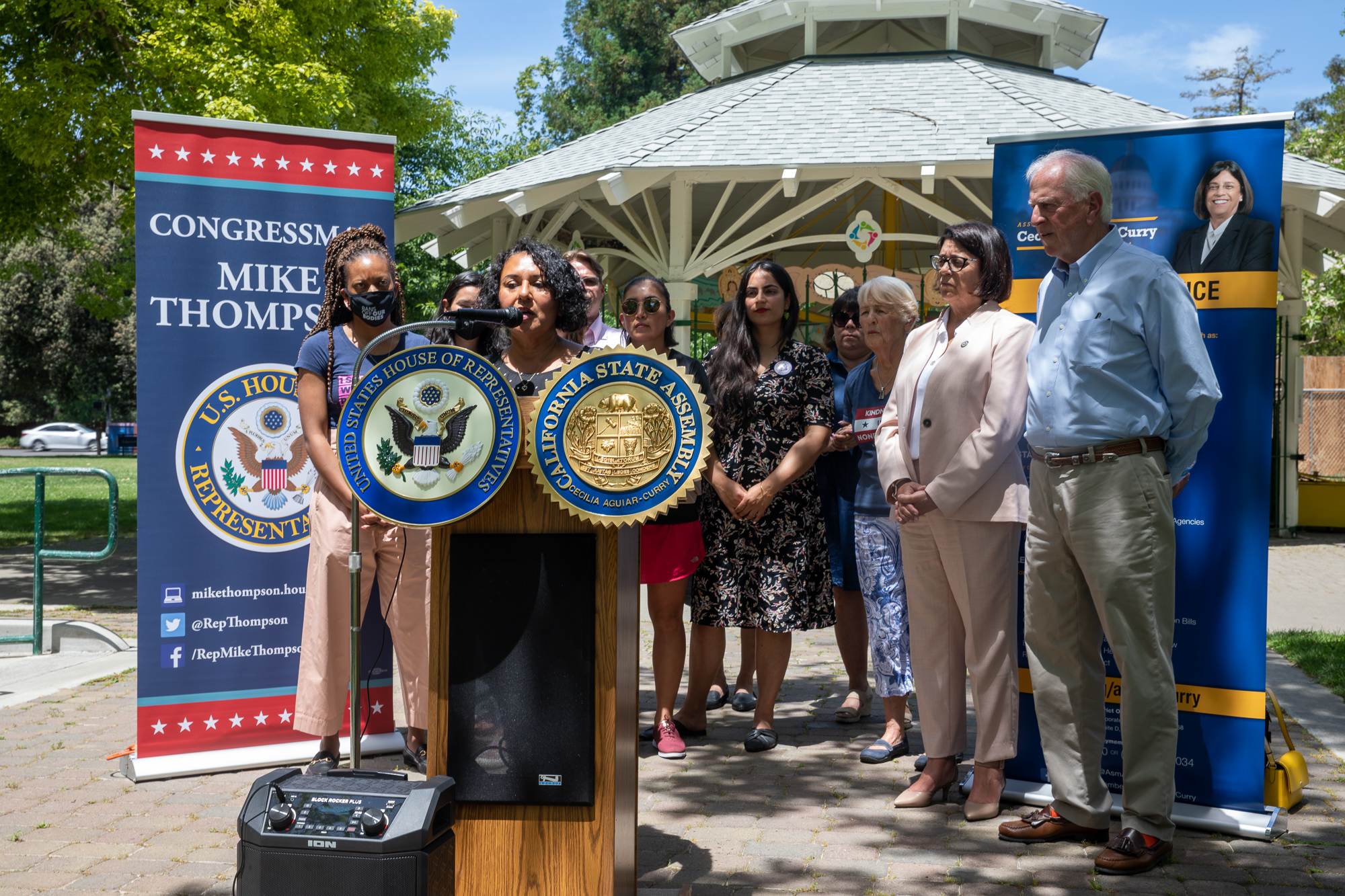