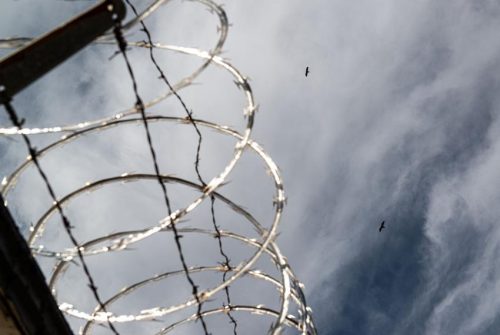 By Aryal Aglugub and Shady Gonzales

WASHINGTON, DC – The Canadian Supreme Court made a unanimous decision, in the case of Attorney General of Quebec, et al. v. Alexandre Bissonnette, that it is cruel and unnatural to sentence people to life imprisonment without a possibility of parole, and therefore is a violation to the Charter of Rights and Freedoms.

The court maintains the idea that life sentences without parole are “incompatible with human dignity.”

The Executive Director at The Sentencing Project, Amy Fettig, released this statement in regard to the ruling:

“We applaud the Court’s holding that life without the possibility of parole is cruel and inhumane. The Sentencing Project has recommended the abolition of life sentences because research shows that life sentences do not deter crime or make communities safer.”

Fettig added, “People convicted of even the most serious offenses typically age out of crime within 20 years. Public funds are better spent on addressing the root causes of crime than needlessly locking up thousands of men and women to die behind bars.

This ruling is a powerful reminder that the United States is a disturbing outlier, she said, noting 80 percent of all people in the world serving sentences of life without parole are in prisons in the U.S.

Fettig said, “Life without parole sentences have skyrocketed over the last two decades in the U.S.: 55,000 people are currently serving life without parole. Yet few other countries routinely pursue sentences beyond 20 years. We urge policymakers and courts across the country to consider this ruling a model for creating a more humane criminal legal system.”

The Canadian government completely abolished all capital punishment in 1976. In the U.S., the death penalty is still active in 27 states. As of 2022, there are slightly fewer than 2,500 people awaiting executions.

The Canadian courts argued imprisonment for life is psychologically equivalent to awaiting an execution as both types of sentences end in the same result: death.