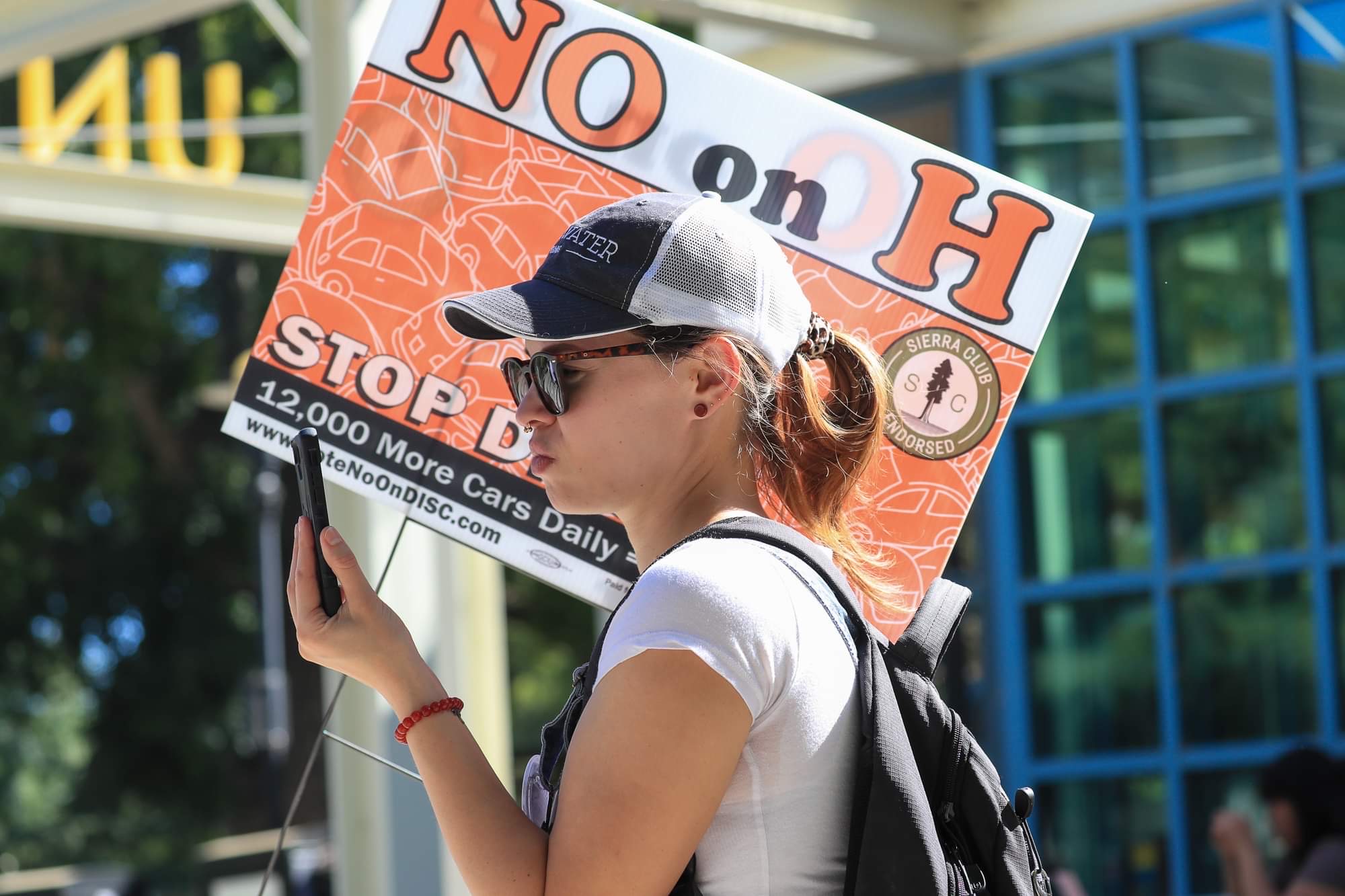 As a Political Science student, I was overjoyed when I transferred to UC Davis, despite knowing I would be one of very few Black students. I identified with Davis’ political culture; its passion for youth involvement, environmental sustainability, and, above all, civil, informed discourse. Every campaign and local representative I have worked with has prioritized civility, social, and racial justice, which is why I was so appalled when Congressman Mike Thompson came to Davis only to be disrespected.

In a speech that covered gun violence, women’s rights, and the importance of voting, Congressman Thompson spoke about why voting is important. He noted his support for Measure H, but acknowledged that both Yes and No sides agree on most issues.

He was closing his speech on his colleague, the late Congressman John Lewis, who was nearly beaten to death fighting for voting rights, when it happened—a White No on H protester shouted “Okay, Boomer!”

The Congressman, and myself, were visibly surprised at this offensive and obscenely disrespectful retort, especially from a fellow Aggie.

Unfortunately, as someone working with the Yes on H team, this insensitivity is not new.

It is not a coincidence that the No on H side tells me I am uneducated and misinformed when I table at the Farmers Market, with whom is often the only other Black person. NJ Mvondo, Chair of the Human Relations and Yolo County Climate Action Commissions, and I, a UC Davis Political Science graduate, are not uneducated or uninformed on politics. This predictably does not happen when a White person tables with us.

Measure H provides opportunities in a town where most people, especially homeowners, are White, unlike most renters and students. The No on H efforts are the same people suing nearly every housing project this decade, disproportionately forcing the working class to compete for severely limited housing. That coalition against new jobs and housing is unsurprisingly overwhelmingly White.

While “kindness is everything” signs are displayed across Davis, the No on H side does not support those values we claim we welcome to our community.

7 thoughts on “Letter: Measure H – Civility and Equity in Campaigning”