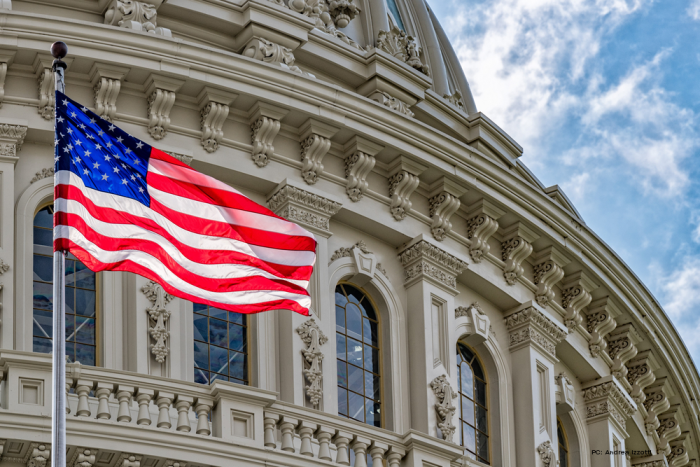 WASHINGTON, DC – A California doctor was sentenced to prison the past week for her role in the January 6 insurrection last year – she pleaded guilty to a misdemeanor for trespassing and refusing to leave the U.S. Capitol building.

But America’s Frontline Doctors (AFLD) founder Simone Gold – who must serve 60 days in prison, and pay about $10,000 in fines/penalties – may have a bigger fight amid a forthcoming license battle in California, where she might lose her right to practice medicine.

“Gold is required under California law to report her conviction to the Medical Board, and I am certain the Board will seek to revoke her license based on the conviction and also the actions listed in the letter by Medical Board President Kristina Lawson,” opined Kravitz.

Lawson, in fact, submitted a four-page letter to the court saying that Gold “is dangerous and must be stopped.”

Lawson maintains she was the target of a confrontation at her home and in her law firm’s parking garage by members of Gold’s group, AFLD, which Lawson claims “terrified” her.

Lawson added she has received “threatening” emails that allege she’s corrupt, and that the medical board “attack(s)” doctors who prescribe the disproven COVID treatment hydroxychloroquine and threaten to revoke the licenses of physicians who prescribe it.

Kravitz said Gold’s actions do not guarantee she’ll lose her California medical license, noting “it doesn’t necessarily mean the license will be revoked. The Board will have to show that the conviction and the other conduct is substantially related to her ability to safely practice as a physician.”

But Kravitz, who specializes in protecting the professional licenses of doctors and others who are licensed by the state of California, added, “So far it looks like she has received some bad legal advice. With proper legal defense she may be able to maintain her license. So we will see.”

Gold’s attorney, Kira Anne West, told media outlets that the medical board is trying to revoke Gold’s medical license for doing something that does not have to do with patient care – as attorney Kravitz suggested – and that a bill now being circulated within the California legislature is an attempt to do that.

West has said Gold’s name was referenced at the legislative hearings, and the measure was amended to “give the medical board power to act in cases where a physician is proven to be giving out disinformation about COVID in a setting of patient care,” according to a story in MedPage Today .

It also appears that Gold has not made any friends in federal court.

U.S. District Court Judge Christopher R. Cooper, during sentencing, made it clear he did not believe Gold was remorseful, as she testified, calling “unseemly” that Gold’s website, America’s Frontline Doctors, raised $433,000 after claiming court’s charges against her were politically motivated.

Judge Cooper added, “Your organization has used your notoriety to raise money to garner support for you…by mischaracterizing what this proceeding is all about … telling your supporters that this is a political prosecution of a law-abiding physician that’s designed to threaten and intimidate any American who dares to exercise their First Amendment rights.”

The judge also declared Gold was not simply a bystander during the Capitol attack, arguing, “It is obvious from the video that we watched today that you were part of an angry and aggressive, I would say mob, crowd of people intent on getting past law enforcement and entering the East Rotunda through those doors.”

Cooper also noted she did nothing to help an injured Capitol police officer right in front of her.

The judge said, “As a police officer there was pulled to the ground right in front of you, I find it implausible that you didn’t see that…you used that as an opportunity to get into the building. In the chaos and the broken glass, in the presence of multiple police officers, it is obvious that you knew it was a very dangerous and potentially violent situation as you went in.”

According to U.S. attorney April Ayers-Perez, “[Gold] is a medical doctor. She does not stop. She does not help others in the mob, help this officer who is in distress.”

The judge piled on, noting Gold “remained in the building even though at least six officers told her to leave, even after giving two speeches, which diverted them from doing more important things than dealing with you.”

The judge repeated Gold’s complaint that she was arrested “too aggressively,” allegedly put on a no-fly list and lost her job and was forced to move to Naples, FL.

However, that brought another charge that her attorney didn’t deny – that Gold, when she moved to Florida and was required to report her residential address, only reported a UPS office box.

“(W)hat I haven’t heard is anything about the five people who died that day. Of the four people who committed suicide because of the trauma that they suffered that day at the hands of the mob. Or the members of Congress or the 20-year-old or 25-year-old staffers who were behind those doors when chaos was breaking out all around them and not knowing whether they would be able to go home with their families,” said the judge.

Gold, who said she was “shocked” the government didn’t believe she was remorseful and “did everything within my power to show that I regretted being inside the Capitol,” told the court, “I did not intend to become involved in a situation that is so destructive to our nation, but that she became an ER doctor to help people, “the only thing that matters is love and being good to people.”

Share:
Tags:Capitol InsurrectionJanuary 6thMisdeamnor
Previous : Yolo Gets $12.5 Million for Housing and Services for People Experiencing Severe Mental Illness and Substance Abuse
Next : Commentary: Why San Francisco May Not Be the Best Test Case for Progressivism