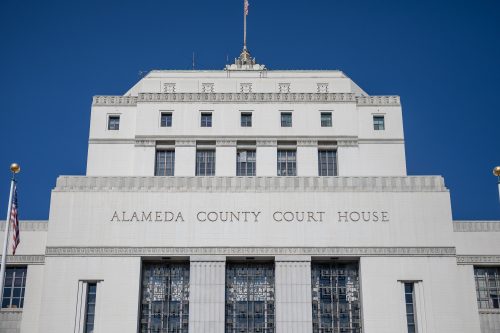 DUBLIN, CA – A trial for a man charged for driving under the influence of alcohol and for driving on a suspended license, both misdemeanors, proceeded this week in Alameda County Superior Court, with a bystander to the alleged crimes as the first witness.

In his testimony, the witness stated he had parked next to the accused and another woman. As he was parking, he said he heard an argument between the two.

The witness then testified he was going to take matters into his own hands, and he asked the woman if she would like a ride from him.

The witness also added he did not feel like getting the police involved in the case at the time, as he felt neither the woman nor the accused seemed to be under the influence or overly violent, and he felt that he could solve the problem himself.

The witness added the accused immediately arrived back to the scene where the argument occurred in the car he had left in.

He also added that he, along with the accused, were quite cooperative once the police arrived at the scene.

The second person called to the stand was the accused, who said the night of the incident he was being overly protective of the woman he was with, noting, “I was jealous about her getting a ride from some guy.”

The accused maintained he only verbally tried to convince the woman he was with to not go on a ride with the mysterious man. On the other hand, the accused stated he did not fight with the man who was offering his partner the ride.

The accused said he could not remember other details of the incident, including whether or not he had the woman’s phone, or if he had gotten into a car, etc.

During the cross-examination, the accused said he was going to a Japanese restaurant to celebrate with one of his coworkers, and at the party he had about four to five alcoholic drinks.

However, the accused stressed that during that night, he was not behind the wheel, and that his partner was the one driving the car.

The accused was then asked other questions relating to his memory during the night of the incident, such as if he remembered giving the officers money, if his partner was being aggressive, or where the car was. The accused said he could not recall much of that line of questioning.

The accused was then asked if he knew that his learner’s permit had expired, and he said he did not know, which was the other reason why he was not in the car that night.

The accused also stressed he never told the officers at the scene that he was not driving the car at any point in the night.

The trial is set to reconvene this week.

Share:
Tags:AlamedaDriving under the influenceDUIfelonyTrial
Previous : Maricopa Prosecutor Candidate Angry over Abortion Ruling, Will Play Key Role in Arizona If Elected
Next : Judge Unable to Grant Victim’s Request to Prohibit Slander from Her Husband