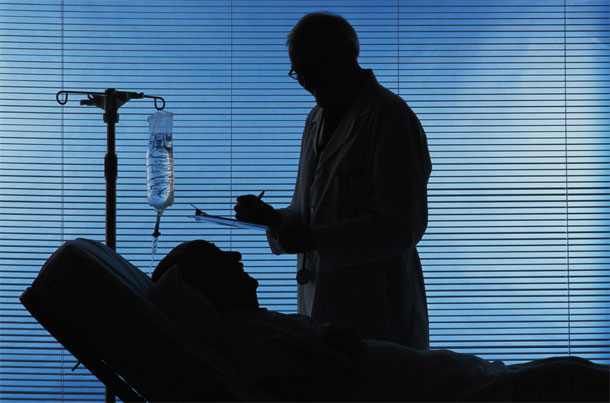 There was a recent article that appeared in the Journal of the American Geriatrics Society (JAGS December 2011-Vol. 59, NO. 12 Autonomy When Doctors and Daughters Disagree), in regard to the limitations of advanced health care directives (AHCDs).  A case study cited in the article is illustrative of the difficulties inherent in these problematic legal documents.

An 83 year old woman with multiple and massive health problems, completed a legal advanced directive at her primary care physician’s office, expressing a wish to forgo intubation and any attempted cardiopulmonary resuscitation should the need arise.  Once this elderly lady did become acutely ill, she was rushed to the emergency room for medical treatment.  Emergency personnel asked the family for permission to intubate, and the woman’s two daughters agreed.  This was done despite the patient’s previously expressed wishes to the contrary, which all parties were well aware of.

Worse yet, when the woman overheard she was to be intubated, she became quite agitated.  The elder signaled “no” by moving her index finger back and forth, making sounds like “nuh-nuh”.  Nevertheless, the poor woman was indeed intubated and later admitted to the intensive care unit (ICU).  The primary care physicians, ICU staff, and ethics committee subsequently met with the family.  The two daughters insisted on continued ventilatory support, and if the heart ceased to function persisted there should be some attempt at resuscitation.  At one point hemodialysis was instituted as well.

After an agonizing 22 days of highly burdensome/gruesome medical treatment, the woman was finally asked by her daughters if she wanted to be taken off the respirator.  When their mother clearly indicated she had more than enough and mouthed “I love you” to her loved ones, the daughters finally acquiesced.  The woman was then taken off the ventilator and peacefully died within less than an hour.

What is so frustrating about this specific situation is that the patient clearly stated to her primary care physician “I don’t want extended medical treatment or a breathing machine.  My sister was on the machine.  I don’t want any of that…”  But more revealing was her next comment, “I do not want you to tell my daughters because they would not understand.”  Ultimately this would turn out to be a very unwise decision, as well as prophetic statement.

The primary care physician later said, “We believed that our patient knew what she was talking about and expressed a genuine preference for how she wished to be treated.  We completed all the necessary formalities in documenting her wishes to forgo intubation and attempts at resuscitation.  We completed her do not resuscitate/do not intubate (DNR/DNI) forms and the emergency medical service forms, which are legally valid in the ambulance and emergency department.“

Thereafter, one of the daughters took it upon herself to destroy the woman’s DNR/DNI.  The intrusive daughter explained as follows: “…I went to her house and she had a DNR/DNI form on the refrigerator.  I said, ‘Do you know what this is?  If you have this on your refrigerator and someone walks in here, and you pass out and [call] 911, the ambulance comes in here and they see this form on the refrigerator, they are not going to try to bring you back if you are dying, you are just going to die because you got this form here and you already signed this form.  This is what the form is.  You do not need this.’ I took it off the refrigerator and tore it up.  They do not explain to you in English what is going on, and these little old people do not understand.  They should explain it in a way that they do understand and know what they are talking about.”

The other daughter, while in the emergency room, recalled, “The doctor approached me and said, ‘I need your permission to put her on the ventilator.’ I didn’t have time to think.  You know, seeing her turning gray, I just said okay.  I thought maybe if they put her on tonight, maybe she’ll come off tomorrow, and that’s the way I was thinking.” Her sister (the one who tore up her mother’s DNR/DNI) responded by stating, “I’m glad my sister made the decision to put her on [the ventilator], because my family got a chance, everybody got a chance to see her alive.”

The emergency room doctor noted in retrospect that, “[This case] falls into a gray zone, where, while the DNR/DNI orders remain respected, we are faced with a possibly reversible clinical condition…  At that point, it is difficult to stand there and let the patient slip away, knowing that ‘perhaps it is just a pneumonia that could be cured with antibiotics and a couple of days of life support.  After all, this is why I am here, to help save lives and make people feel better’.  So in that moment, the DNR/DNI form may become a ‘relative’ item, and abiding by it might shake the sense of purpose of the emergency room physician, for whom this decision ends up becoming a suffered one, as we physicians come with our own cultural and religious background, education, and personal problems, which whether we like it or not, influence our decisions.  So, if the patient comes alone, and no family can be reached, his or her DNR/DNI form will hold, but if a patient comes with family and is incapacitated, then the family makes the decision regardless of his DNR/DNI status, after the doctor has provided them with a rational and logical explanation.  I must say that, as long as the patient was wagging her finger, she did not get any intubation.  That came after she became unresponsive and because obviously her daughters were not ready to see their mother go.  I am not denying or abdicating responsibility, but because of the sense of tragedy present, because of the courtesy I believe we owe another human being in that moment of tragedy, because there had to be a sense of closure for the family in that moment, I had to ask the question ‘What should I do now?  Do you want me to continue or should I stop?’  And her daughters, with whom I had been able to establish very good rapport, decided to go on.  Was that a bad decision, because retrospectively things did not work out?  A bad decision because it was ethically wrong?  What type of decision would it have been if, three days later, she had been extubated successfully?  I don’t know the answer.”

The ethics article itself, written from a doctor’s perspective, understandably equivocates and in my opinion wrongly concludes, “The final lesson learned is that medical providers should humbly accept the many limitations of advance directives and the inappropriateness of a legalistic model.  Doing so with open minded awareness and good will, rather than a fixed belief in the rightness and authority of an advance directive, physicians may find it easier to create an alliance with family members in seeking through dialogue how best to care for a vulnerable, perhaps dying, patient.“

The telling portion of the statement is, “physicians may find it EASIER to create an alliance with family members“.  To my mind the implication is the patient’s wishes are not part and parcel of the physician’s equation, if the patient’s family happens to be present at the time of emergency treatment.  While I understand the laudable concept of possible recovery, in this particular case we are not talking about someone with lots of years left to live.  The fact of the matter is, the woman was 83 years old and had various and dire medical complications, including diabetes, high blood pressure, stroke, heart disease, heart failure, renal insufficiency, both a gall bladder and liver drain, chronic bronchitis, and amputation.  At what point has medical intervention reached the level of “enough is enough” and become “cruel and unusual punishment”?  Here it seems that point had long past arrived.  The physician did not seem to be thinking about the patient, but of the family’s need to keep their mother alive at all costs, even if that meant making the patient miserable in the process.

Death and dying is not an easy experience.  For many patients it is painful/wretched beyond belief. Medical science should not be in the business of prolonging life beyond what the patient’s wishes are, in a circumstance like this.  In the final analysis, it seems this was more about the comfort level of the doctor and family members than it was about the comfort level of the patient.

Lesson to be learned:  Everyone should have an advanced health care directive in place; and should make sure anyone chosen as health care agent not only understands the person’s wishes, but agrees to honor those wishes.

Share:
Previous : What Grade Will We Earn in the Parcel Tax Election
Next : Judge Orders the Names of Officers Redacted, Delays Release of Pepper Spray Report

12 thoughts on “Word To The Wise: Advanced Health Care Directives: Is the Right to Say “No” Honored?”