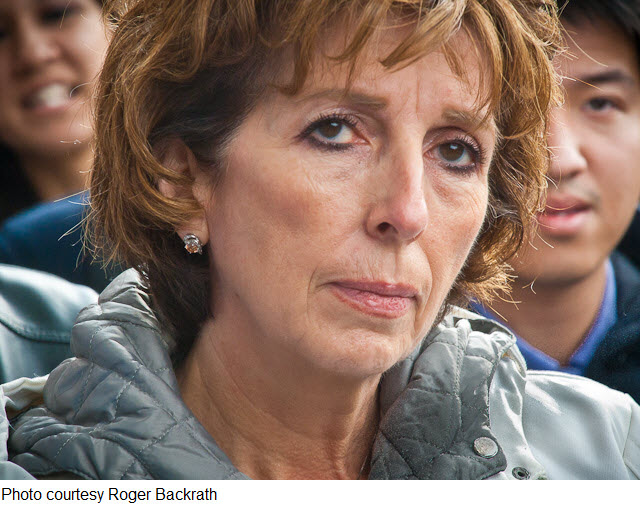 Some time ago, sometime between the time that the pepper-spray incident occurred on November 18, now nearly six months ago, and the time that the Kroll/Reynoso reports cited “administrative failures,” someone warned me this is going to be a sleight-of-hand trick, and if you watch the cards, you’ll miss what they are doing.

So when the Bee reports this morning that Chancellor Linda Katehi lists her mistakes in the pepper-spray incident, they miss the card trick when they write, “Though she took ‘full responsibility’ months ago, UC Davis Chancellor Linda P.B. Katehi detailed for lawmakers Tuesday specific mistakes she made in a campus pepper-spraying incident that sparked national headlines and outrage.”

The Bee continues, “Katehi said she erred by setting a deadline to crack down on protesters camping at UCD and by having officers intervene in late afternoon.”

She continued, “I never wanted force used, but with 20-20 hindsight, I know the actions we took that day were wrong… Well- intended, but wrong.”

Sounds good even if it does not completely square with her immediate account and statement right after the pepper-spray incident.

However, not everyone was fooled by this dog and pony show.

The Enterprise, in fact, saw right through it.  They note that several members of the legislature asked pointed questions and, more importantly, that you cannot simply listen to the words that are spoken – actions themselves have meaning.

So far, despite four reports that cast deep doubts on the administration’s planning and handling of this event, only one person has lost their job, two officers remain on leave, and everything else has been tantamount to rearranging the deck chairs on the Titanic.

As the Enterprise noted, the new chief has brought in some outside consultants to review the department, while the chancellor has moved the police department from the control of Vice Chancellor John Meyer to the control of Provost Hexter.

“Otherwise, discussions about administrators have largely focused more on changes in organization and decision-making practices,” the Enterprise reports.

If one person saw through the charade, it was Assemblymember Marty Block, whom the Enterprise and not the Bee quoted, saying he was worried “that the police have now become a scapegoat for the administration.”

The Enterprise reported, “Katehi responded that procedures that had been in place for years – like talking through crisis responses by phone and administrators not signing off on police operational plans – ‘failed us, totally.’ “

But Marty Block was not fooled by the rhetoric and looked to the substance: “What I’m hearing is, despite the damning statements in the Reynoso report and the other reports, your conclusion is that everyone in your administration, but police officers, is doing a good job, given the process they had in place.”

The chancellor would defend the administration: “I think they tried to do the best they could, given the processes…  I have tremendous confidence in John Meyer. He is an excellent person. It’s just that the organization we had was not the one that would make him successful, or anybody else for that matter.”

Assemblymember Fong asked Professor Bisson why they had not called for Chancellor Katehi’s resignation.

The professor responded, saying that they saw censure as sending a message that mistakes had been made but that they believed the chancellor was capable of correcting these mistakes.

But part of the problem, as we now know, is that the faculty is divided.  In February, before the reports were out and the mistakes were clear, the faculty voted against a no-confidence vote by a 2 to 1 measure, an outcome that would likely be much closer now.

Professor Bisson would say, as quoted in the Enterprise: “While things have changed, because of this (task force) report, most people felt that they had not changed enough, versus what they knew on Nov. 18, to make them lose confidence in the chancellor.”

While it is easy in hindsight to spot the errors on November 18, the fact is that all of the people who made those errors, except the police chief, are still there, though they may be in a slightly different role.

The Kroll report hammered Chancellor Katehi for having a diffused leadership structure, and the problem is that every single mistake that was made by the administration is something that the chancellor was part of.

She ordered the tents being taken down, she determined the timing of those tents, she made assumptions about the non-affiliates, she never asked for legal authority, etc.

On the other hand, one could argue that had they listened to their on the ground intelligence from Griselda Castro and listened to the police on the timing of the operation…but the problem is how can anyone have confidence that a group of people who completely failed in their assessment, planning, and carry-out of the operation will be better the next time around?

Defenders will argue that she has done things better since then. Certainly they avoided one problem – the over-aggressive use of force and likely illegal use of force by the police.

But, the administration has really had one test of that.  That was in the bank blocking operation.

If you ask the administration, they will tell you it was a success and certainly it did not, as one professor put it, turn into another YouTube-fueled police disaster.

The only thing that ended the bank blocking operation was the fact that the bank gave up and closed their doors.  And when the bank did that, the DA’s office filed charges against the protesters and the university turned around and sued the bank for breach of contract.

If that is an example of a well-run operation and response, I think most people would disagree.

Cruz Reynoso, despite his expressed support for Chancellor Katehi right after the report came out, seems to understand the most.

He told the Committee yesterday, “The difficult part is that we have laid out what the issues are, I think sufficiently well, so probably good procedures and regulations will come out of our report. At the same time, though, folk have to use good judgment – and good judgment can’t be regulated.”

That is exactly right.  Good judgment cannot be regulated and what we saw on November 18 was the antithesis of good judgment at every single turn.  And I am just not convinced that good judgment is something you can just learn.

Certainly we have not seen it yet.

Share:
Previous : Council To Up Contract For Professional Labor Negotiator as Public Battle Ramps Up
Next : Commentary: Responses to Noose Article on the Vanguard Hurtful to Some in this Community