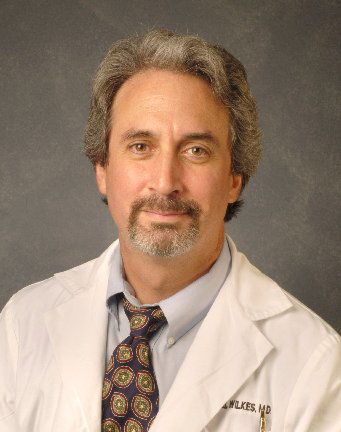 On June 8, the UC Davis Academic Senate unanimously criticized several UC Davis Administrators for curtailing the right “of academic freedom of Professor Michael Wilkes and all other faculty to publish scholarly articles and professional expert commentaries that address ethics and societally relevant critiques” and expressed “severe disapproval of the notion that the University of California may take legal action against professors whose scholarly publications or professional expert commentaries may be perceived by University administrators to be injurious to University interests.”

UC Davis Provost and Executive Vice Chancellor Ralph Hexter issued a statement last Friday in support of the adopted statement by the Association of American Universities (AAU) with a statement articulating, “The Rights and Responsibilities of Universities and Their Faculties.”

He noted that that statement included the following words: “A university must … be hospitable to an infinite variety of skills and viewpoints, relying upon open competition among them as the surest safeguard of truth. Its whole spirit requires investigation, criticism, and presentation of ideas in an atmosphere of freedom and mutual confidence. This is the real meaning of ‘academic’ freedom.”

“A committee of our campus’s Academic Senate has devoted considerable time and effort to examining an assertion by a faculty member of the UC Davis School of Medicine that his academic freedoms were compromised by school administrators. Our Senate’s Representative Assembly earlier today heard and ratified the committee’s findings,” Provost Hexter wrote.

He added, “Academic freedom is sacrosanct at UC Davis, and the underlying assertions in this matter are deeply troubling. My office will review this case and take appropriate actions.”

In a report from the Academic Senate dated May 18, 2012, The Committee on Academic Freedom and Responsibility (CAFR) unanimously found “that the faculty member’s academic freedom was violated by precipitous and inappropriate retaliatory statements of disciplinary sanction and legal action in the hours and days following the publication of a professional expert commentary perceived by some to be against University interests.”

Furthermore, “The violation persists such that the professor works in fear for his job and has to withhold his professional knowledge from students and society for fear of further retaliation.”

In their findings, they argue that the university administrators who were involved in this case “misunderstand the University’s policy and procedures regarding academic freedom and shared governance.”

The CAFR report documents that “On November 22, 2010 a faculty member formally wrote an email to CAFR on the subject of ‘request for senate review’ in which he sought advice about what he described as his being subjected to intimidation, threats, and harassment.”

On December 21, 2011, the faculty member wrote to CAFR, “I would like to formally request a review of what I believe has been a blatant breach of my academic freedom.”

Professor Michael Wilkes of the Medical School is a distinguished faculty member who won a teaching award in 2010, he has been a medical reporter for both the New York Times and ABC News, as well as for numerous other publication.

According to the CAFR report, he “is widely credited with originating ‘doctoring’ courses that are now used by 33 medical schools” and in 2010, he was serving as Chair of the Consensus Committee for the Centers for Disease Control and Prevention.

Professor Wilkes appears to have gotten into trouble when he criticized a medical school event that was promoting a specific procedure.  He sent out an email that “noted a concern about the presentation and suggested a lack of objectivity by the American Urological Association with regard to the prostatespecific antigen (PSA) test.”

“Prof. Wilkes suggested it was contradictory for UCDMS to teach evidence-based medicine and concurrently host an event promoting the use of PSA, which he characterized as ‘far away from evidence-based,’ ” they write.

The Executive Associate Dean wrote back the same day stating, “We cannot impinge academic freedom. maybe you need to be more interactive internally.”

While Professor Wilkes did not attend the September 2010 event, two medical students did and recorded it with an audio recording device.

According to the report, one student wrote that a video was played that the student deemed to be “unabashed marketing” and the student reported that “the urologists mentioned having a baseline PSA at age 40 for predicting lifetime risk of prostate cancer.”

According to the report, “The Executive Associate Dean says that he received ‘multiple faculty complaints’ about the article, but the timing of those complaints is unclear, so they are not assigned a sequence in the numbered chronology.”

The same day as the article appeared in print, the Associate Dean indicated “that (a) Prof. Wilkes would not be invited to continue as doctoring Instructor Of Record (IOR) after the academic year and (b) resources to support Prof. Wilkes’ Hungarian student exchange would be ceased after completing commitments to date. In a meeting with CAFR, the Executive Associate Dean acknowledged that he had read the San Francisco Chronicle article before he wrote this email.”

A few days later, the Associate Vice Chancellor wrote the professor indicating that the Executive Associate Dean “is clearly upset that the Men’s health issue is being played out in the paper and through the students rather than an academic debate or issue specific seminar as he would expect in a University.”

The report indicates, “The Health System Counsel wrote a letter to Prof. Wilkes in which he expressed the University’s concern about factual inaccuracies pertaining to UC Davis in the online version of the article. To CAFR’s knowledge, the Health System Counsel was not present at the event. The letter alleges that there are five false statements in the article, provides the statements, and describes reasoning as to why the statements are false.”

“The origin of the scholarly analysis is not stated and there is no indication that a scholarly review was conducted,” CAFR writes.

They quote the letter which concluded: “The purpose of this letter is not to stifle legitimate public debate, academic freedom or policy advocacy about the role of PSA screening or broader issues- far from it. I am simply pointing out that there are numerous errors of fact in your article, that they were injurious to the University interests and reputation and thus potentially actionable under the law of defamation.”

“Prof. Wilkes alleges that his academic freedom has been violated and that he has been subjected to threats and harassment by the University as a direct response to the publication of his article in the San Francisco Chronicle,” CAFR continues.

The fact that the University has not carried out the actions against him to date is irrelevant to the point in question they argue, “in that the threatening proposed actions, including the threat of legal action against him, have not been withdrawn and there has not been any apology by the University for inappropriate behaviors that violated his academic freedom.”

Professor Wilkes therefore remains concern that this will impact his employment status and he remains concerns about his right to be able to continue his scholarly research and professional expert commentary about ethics in medicine.

“The fear he feels and expresses has resulted in him have turning down opportunities for commentaries out of fear of further intimidation and loss of his job,” they write.

CAFR believes unequivocally that Professor Wilkes’ academic freedom was violated by the actions of key administrators within the university.  He was told that he would lose a number of positions, his work space and his directorship.

“That is undisputed,” they write. “We can never know with 100% certainty that the actions by the Executive Associate Dean were a direct response to the San Francisco Chronicle article, but there is a very strong appearance of impropriety on the basis of several lines of evidence.”

They argue that the timing of events is highly suspicious, particularly since the Executive Associate Dean admitted that the email was written after reading the article.

They write, “The Executive Associate Dean agreed the email has an appearance of impropriety, based upon its close proximity to the timing of the article, even though he denies that the timing is connected. He characterized the email as ‘reflexive’ and said if he had it to do over again, he would not have sent the email.”

Furthermore, they cite the fact that there is no evidence that suggests that his space was under review for reassignment prior to the date of the article.  And in fact, none of the actions taken against him were contemplated prior to the article.

Some of the information is highly conflicting and complex, however. CAFR writes, “On one hand, Prof. Wilkes won an award for his outstanding teaching in 2010 and is highly lauded by his students.”

On the other hand, they write, “some faculty and administrators had concerns in 2010 that pre-dated the San Francisco Chronicle article.”

The strongest evidence seems to be:  “The fact that the Executive Associate Dean and the chairs of internal medicine, family medicine, and psychiatry abruptly decided to supersede the normal procedures of faculty shared governance and faculty oversight of administrative actions related to IORs is peculiar.”

They write, “Taking a decision on such a conflicted matter without faculty consultation and doing so on the very day a controversial article was published is at best very poor leadership, but more reasonably evidence of direct retaliation against Prof. Wilkes.”

They add, “The fact that none of the stated disciplinary actions has actually been carried out demonstrates that they were taken precipitously in the heat of the moment as a retaliatory action. The desire to act out against Prof. Wilkes at that moment trumped due process according to University policy and procedures for disciplining faculty for their conduct.”

Furthermore, none of the above actions have been formally withdrawn in writing and they argue that this “demonstrates that they are intended as a persistent threat.”

CAFR finds that the University violated Prof. Wilkes’ academic freedom by acting precipitously to threaten potential legal action prior to a full and fair assessment of the facts or any establishment of “actual malice” with respect to the letter by the Health System Counsel.

“The stated purpose of the Health System Counsel’s letter was to take issue with the truth of statements made in the article. That is inherently a scholarly discussion, not a legal one,” they write.  “By circumventing the required venues for oversight and discipline of intellectual honesty, the University violated Prof. Wilkes’ academic freedom by sending him a threatening letter on legal affairs letterhead in place of pursuing appropriate investigation and potential discipline.”

They conclude, “The fact that the University would take the position that it is appropriate to take legal action against a professor whose scholarly writing or professional expert commentary is perceived as injurious to University interests and reputation is an unprecedented affront to academic freedom and the people of California.”

Campus General Counsel, Steven Drown, issued a letter that backed what David Levine, the health system’s attorney said, characterizing it as offering information rather than posing a threat.

In a way, given the gravity of these charges, it seems if anything recommendations are relatively lenient, though the Dean is directed to within six months take “concrete steps to prevent future violations of academic freedom rights, including training administrators, their staff, and faculty on academic freedom rights” as well as being asked to report back to the Academic Senate within six months to report about what training has taken place.