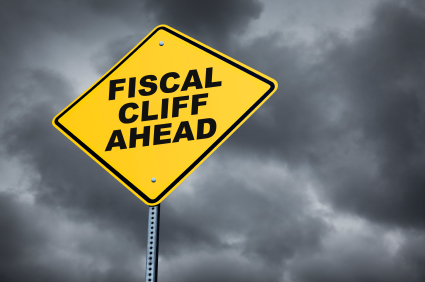 Commentary – June 30 was when the recent contracts for city bargaining units expired and now here we are five months later, two weeks from a winter break, and none of the major bargaining units have agreed to a contract.  If the results of one of the few contracts that was signed – with the individual police management – are any indication, we will likely fall short of the goals laid out this June.

The problem is that as time goes on, the temptation will be, with the negotiators and ultimately with the council, to seek compromise.  Impasse is difficult.  We learned that last time around when the old council could not get DCEA (Davis City Employees Association) to even agree to the terms of the meager contract concessions offered back in 2010.

This is a road fraught with danger, as we learned in June when the community was up in arms about the layoff of tree trimmers.

The stakes could not be higher for this community.  As we reported again last week, $65 million is the unfunded liability for retiree medical coverage.  If we do nothing to change things, we are looking at a quarter of payroll going to fund medical coverage for current and future employees.

Roads and infrastructure, with the loss of federal and state monies coupled with the loss of redevelopment, continue to decay, building up tens of millions in deferred maintenance that has been avoided for years in categories of unmet needs.

As we have noted a number of times, the culprit of this crisis is comprised of several different factors that coalesced.  During the last decade, the city saw a vast increase in compensation – salaries more than doubled, pensions were increased, health care costs rose.

The city managed to stay afloat because of a double-digit increase in property tax revenue fueled by the real estate bubble, and a half-cent sales tax that was quickly eaten up with fire salary increases.

When the supply of revenue was cut off in 2008, the city could no longer sustain the salaries, benefits, pensions and other benefits that had been put in place.

So what happens if the council does not hold the line on critical structural reform?  Well, we saw what happened when it failed to achieve what was needed in 2009 – the costs to the city and employees only increased.

In better times, will the toxic brew be more manageable?  Only perhaps if we can assume double-digit increases in property tax again, something that most analysts do not believe will occur.

Moreover, it is not clear that the city can hold the line on salaries and benefits.  Once the market starts to improve, there will be pressure by the city to increase salaries that have been largely held in place the last five years.

The argument will be made, as it has been with recent management hires, as it continues to be made at UC with the hiring of chancellors, that quality takes money and that we cannot afford to get out big for quality city staff.

If we do not fix OPEB (Other Post-Employment Benefits), we face our own fiscal cliff, as we argued last week.  The city will increasingly have to absorb salary into employees who are no longer currently working.

In good times, our budget will be increasingly constrained and it will be the taxpayers and residents who have to pay, with increased demands for revenue along with decreased provisions of service.

That is, if we even get that far.  Without concessions from city employees, the city may have to go a more stringent route – layoffs.

The lesson of DCEA is a curious one.  DCEA employees fought the system back in 2009 when the stakes were far lower.  The city, following poor advice from legal counsel and perhaps overreacting to a stressful negotiating environment, short-circuited the process way too quickly.

When PERB (Public Employment Relations Board) overturned the impasse last year, the DCEA employees were ordered to receive back pay and benefits – $10,000 checks.

The lesson?  Fight the system.

The city had no choice, when the impasse imposition was overturned, to lay off employees to recoup the money that the city was going to have to pay in back pay and future pay from the loss of their savings in the previous MOU.

If the city has to compromise on the current bargaining contracts, the city still has to balance its budget.

Is that where we want to head?   It certainly would not be my choice.  I got into to this wanting to see the structural problems solved – not employees laid off, not jobs privatized and outsourced.

The council needs to stand firm for our future and the future of all city employees.  It is a tough task, but one that you were elected to do.

9 thoughts on “Is the Window Closing For Real Fiscal Reform?”