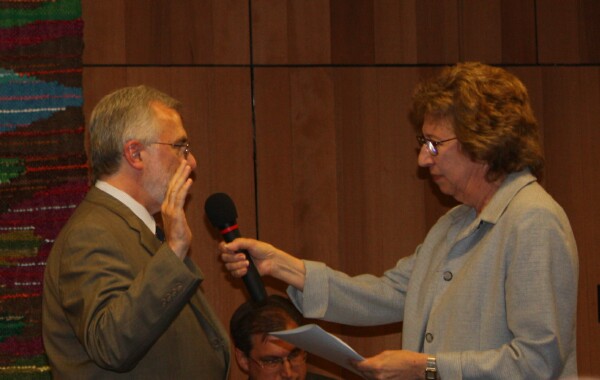 In a move, that figures to make waves in the burgeoning battle over the Assembly, the Vanguard received a release from the Wolk campaign indicating that Supervisor Don Saylor, a two-term former city councilmember and briefly Davis’ mayor had put his support behind Dan Wolk.

“Earlier today in a letter to his supporters, Yolo County Supervisor Don Saylor announced that he is endorsing Davis Mayor Pro Tem Dan Wolk to represent the 4th District in the California State Assembly. Saylor joins more than 80 other community, education, public safety and other leaders from all over the district supporting Wolk, including his colleagues on the Yolo County Board of Supervisors, Mike McGowan and Jim Provenza,” the release stated.

“I believe that Dan Wolk is well prepared to represent the diverse perspectives of the 4th District and is the right fit for us.  I admire Dan’s lifelong commitment to public service and his approach to governance.  He has deep professional and elected office experience at both the county and city levels in issues that are critical to the residents of the 4th Assembly District,” Supervisor Don Saylor said in his letter.

Supervisor Saylor continued, “Dan has demonstrated his commitment to children’s services, public health, responsible budgeting, fair treatment of employees, public safety, and fair housing. His steadfastness on issues that matter means a lot to me and I think it should to the voters in the 4th District.”

Don Saylor represents District 2 on the Board of Supervisors, including the cities of Davis and Winters, the campus of the University of California at Davis, and the farmland of southwestern Yolo County. He joined the Board of Supervisors in January 2011 and served as mayor and city councilmember for the City of Davis from 2004-10. He was a Trustee of the Davis Joint Unified School District from 1995-2003. Saylor’s focus areas as a supervisor are to sustain and enhance the safety net for Yolo County’s most vulnerable populations; build a strong economy and create jobs; strengthen partnerships among governmental agencies and between the public, private and non-profit sectors; and steward the open space, environment and agricultural resources of Yolo County.

Assembly District 4 consists of Napa and Lake Counties, and most of Yolo County, as well as portions of Sonoma, Solano and Colusa Counties.  Last week, Lake County Supervisor Anthony Farrington dropped out of the race.  Mr. Wolk is joined in the race by Davis Mayor Joe Krovoza, Napa County Supervisor Bill Dodd, and Senate District Representative Matt Pope.
Full Text of the Letter:

I believe our state faces serious governance and fiscal challenges. In such uncertain times, we cannot predict what the details of future issues might be and must judge candidates on the basis of their records and their values.  It is important to me that the people who serve us in the legislature are driven by values of fairness and that they arrive at their decisions in a thoughtful manner.  I want the people who represent us in the legislature to demonstrate the ability to listen and a drive to serve. Over the past several months, I have had extended conversations with each of the people seeking this office and I have examined their public statements, record of actions, and areas of focus.

I believe that Dan Wolk is well prepared to represent the diverse perspectives of the 4th District and is the right fit for us.  I admire Dan’s lifelong commitment to public service and his approach to governance.  He has deep professional and elected office experience at both the county and city levels in issues that have statewide significance and that are critical to the residents of the 4th Assembly District.

Dan is most well known for his role as a member of the Davis City Council for the past three years.  I have watched Dan through his time on the City Council. He walks the talk.  Dan often describes how his values and principles inform and drive his actions.  Dan has demonstrated his commitment to children’s services, public health, responsible budgeting, fair treatment of employees, public safety, and fair housing. Dan’s steadfastness on issues that matter means a lot to me and I think it should to the voters in the 4th District.

In addition to his role as an elected city councilmember, Dan currently serves as a Deputy County Counsel for Solano County.  He has been a key participant in complex discussions about the Bay Delta Conservation Plan, other water issues, and a host of legal matters involving human services programs.

No other candidate brings both city and county experience to the table; but there is more.  Dan Wolk has been an active leader in supporting strong public schools for all children and he worked as a legal services attorney helping the most unfortunate among us.  Dan walks the talk.  To connect with Dan see http://www.danwolk.org/

Please join me in supporting Dan Wolk for the 4th Assembly District in 2014.

Share:
Previous : Berkeley Cracks Down On Turning Houses into Mini-Dorms
Next : Public Health – Identifying the Vulnerable