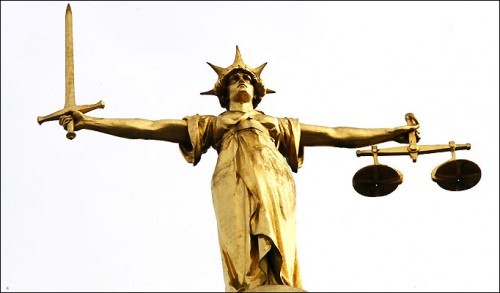 The scurrilous, unconscionable conviction of Ajay Dev stands as monument to the overt politicalization toward the canons of judicial ethics, sponsored on behalf of the morally indictable and impeachable: Yolo County District Attorney.

To date, the prosecution in the State v. Dev has failed to proffer a scintilla of forensic evidence sufficient to substantiate and sustain the accuser’s spurious and exaggerated claims of having been physically abused on 750 occasions over a period of five years. Additionally, the Family Physician testified under oath that she saw no signs of emotional and/or psychological trauma, including any indications that the accuser had suffered any demonstrable evidence supporting the allegations of physical abuse.

Notwithstanding the accuser’s serial prevarications issued under oath concerning testimony involving core details endemic to the case, the jury in their conspicuous disregard for juridical discretion and compunction, unceremoniously chose to ignore the accuser’s unequivocal lack of credibility as the sole witness in the litigation and opt to pronounce reasonable doubt Dead On Arrival. Consequently, awarding the Prosecution an unfathomable judgment, where the absence of proof was ruthlessly employed as the sine qua non in the State’s Case-in-Chief.

We, the self-anointed soldiers in Ajay’s Army remain resigned in our infallible belief regarding his innocence, including his eventual exoneration for crimes he emphatically did not perpetrate.

Share:
Tags:Ajay DevWrongful Conviction
Previous : Commentary: UCD Can and Must Do Better with On-Campus Housing
Next : Justice for Justice: Witness Testimony Begins in Green Trial

3 thoughts on “The Battle for Justice: Ajay Dev’s Appeal”