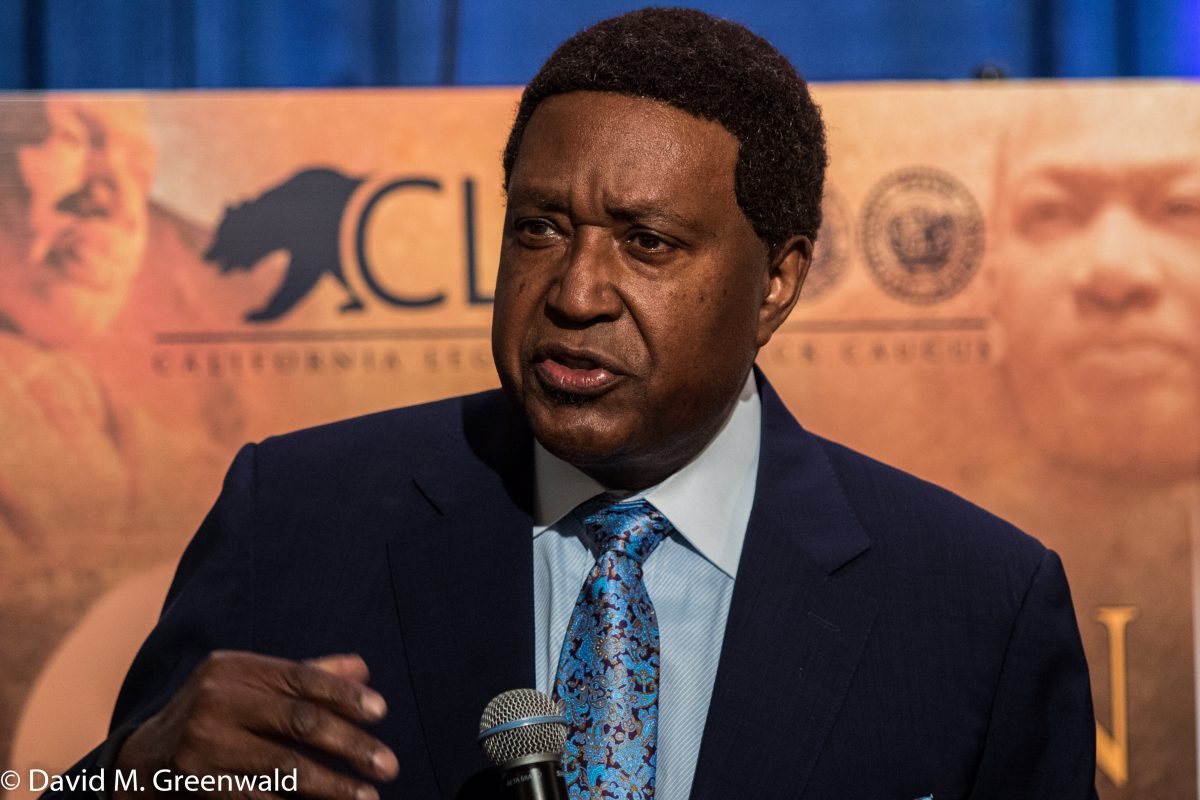 On Thursday, the California Legislative Black Caucus held their annual Martin Luther King Breakfast to honor the legacy of Dr. King and the relentless commitment to community service in the black community.  Among the honorees was Attorney John Burris, who received the Civil Rights Leadership Award.

“Prominent Bay Area Civil Rights Attorney John Burris is best known for handling high profile cases,” the emcee for the event explained.  He is author of the book, “Blue versus Black: Let’s End the Conflict Between Cops and Minorities.”

Mr. Burris was awarded by Assemblymember Reggie Jones-Sawyer and Senator Holly Mitchell.  Senator Mitchell stated, “Given Mr. Burris’ stellar 40 plus year career in the legal field, and how relevant he is to our community, my assembly brother and I decided we would yield our time to Mr. Burris himself to say a few words.”

Mr. Burris quipped that he did not know he was going to speak, but “I’m always willing to speak.”

He began, “I’m very fortunate to be involved in a social movement in a progressive way on police issues.”  “But I’m also now extremely worried about where we are.  The Justice Department under Obama did tremendous work in bringing forth issues of patterns of practice in various cities.

“Yesterday, watching Jeff Sessions, perhaps the new attorney general, I became very worried that those kinds of matters will not be brought forward,” he said.

He is concerned that those like himself who are working and fighting against issues of police brutality and racial profiling will have an uphill struggle.  “People who have mental health issues are being shot and killed, it’s unconscionable,” he said.  “The use of deadly force in ways that we all know with unarmed African American men are being shot and killed under very questionable circumstances.

“We have a case here in Sacramento that I’ve been working on for the last several months,” he said.  “All I can say is that there is work to be done.

“As I listen and think about Dr. King, who said we need to keep grinding through difficult times,” he said.  “There’s always been difficult times.  I think often about my parents and grandparents who all had difficult times in the South, but they overcame.  And we can as well.”

He said, with the leadership in California, “I know at the very least, regardless of the state does, in California, we have the kind of leadership that will move forward and maintain the gains that we have made and make even more progressive gains in the times ahead.  I will be part of that gain as we continue to work.”

John Burris will be back at the Sacramento Convention Center next month on February 4 to discuss more about police shootings including the Joseph Mann shooting, whose family he is representing.  For more information, click here. 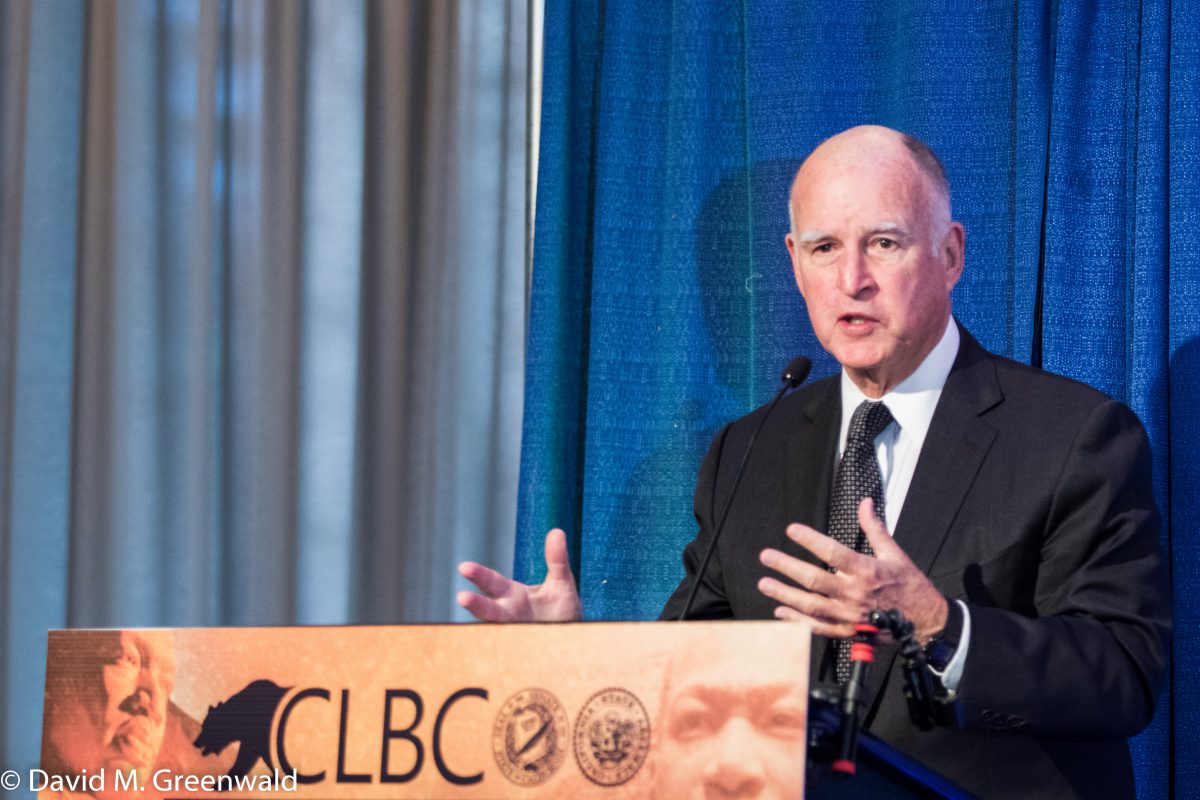 Also on hand on Thursday was California Governor Jerry Brown.  The Governor said that honoring Martin Luther King “should be particularly appropriate today in a political world where words don’t seem to be what we thought they meant.  The political language is such that it doesn’t engender a lot of confidence.

“Martin Luther King spoke about justice, he spoke from his heart, he spoke with the eloquence of a preacher – a man of god, a man of religion, a man of movement,” the Governor said.  “That authenticity is exactly what is needed today.”

The Governor mentioned the need for criminal justice reform.  “I hope that this year with the passage of Proposition 57, despite all the opposition… that we’ll be able to see additional reforms.  The people who are sitting behind bars, they don’t have a lot of friends but they do have children and mothers and fathers and brothers and sisters and they’re very much affected.”

Hundreds of thousands if not millions of people have their lives deeply affected by the criminal justice system, Governor Brown said.  “I think we can do a lot to give quite a few people a second chance,” he said. 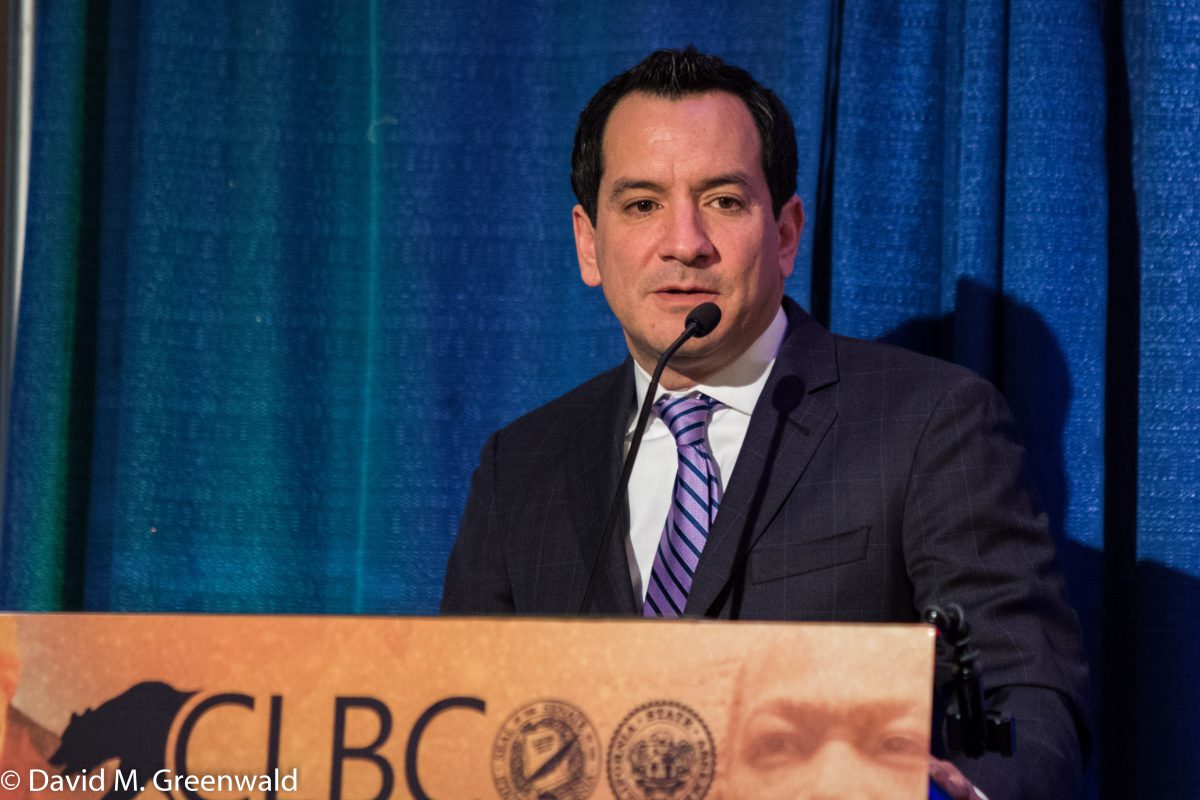 Assembly Speaker Anthony Rendon said, “On this day of remembering, I want to talk about forgetting.”

He said, “Today I want to read a quote that reminds paradoxically that strong words may also have weak effect.”

“Dr. King said, ’10 thousand fools proclaim themselves into obscurity, but one wise man forgets himself into immortality.’  Whether it’s 10 thousand small fools or one big fool, we appear to be entering into an era of political foolish properties.  There are those who will claim to have all the solutions, there are those who are quick to claim credit when things go well and they will point fingers when things go poorly.