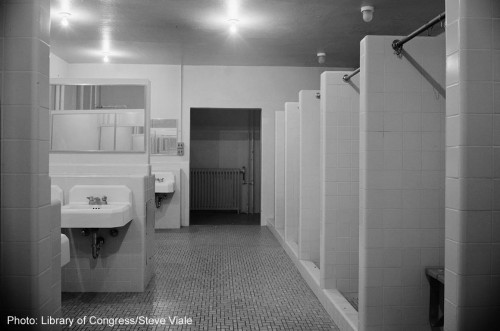 Becerra: Discrimination is unacceptable and we intend to protect LGBT rights

(From Press Release)– Attorney General Xavier Becerra Wednesday announced that California will continue to prohibit state-funded and state-sponsored travel and expenditures to North Carolina based on that state’s discriminatory laws.

“California is inclusive. We take pride in protecting the rights of all our people,” said Attorney General Becerra. “Discrimination is unacceptable and we intend to protect LBGT rights. California’s law was enacted to ensure that, with limited exceptions, our taxpayer resources are not spent in states that authorize discrimination on the basis of sexual orientation, gender identity, or gender expression. North Carolina’s new law does not cure the infirmity of this type of discrimination.”

A.B. 1887 prohibits state-funded and state-sponsored travel to and expenditures in states with laws that discriminate against the LGBT community. The California legislation went into effect on January 1, 2017. The travel and expenditure prohibition applies to state agencies, departments, boards, authorities, and commissions, including an agency, department, board, authority, or commission of the University of California, the Board of Regents of the University of California, and the California State University.

Why did the California Legislature enact the state travel prohibition?

In enacting AB 1887, the California Legislature issued the following findings: (a) California is a leader in protecting civil rights and preventing discrimination; (b) California’s robust nondiscrimination laws include protections on the basis of sexual orientation, gender identity, and gender expression, among other characteristics; (c) religious freedom is a cornerstone of law and public policy in the United States, and the Legislature strongly supports and affirms this important freedom; (d) the exercise of religious freedom should not be a justification for discrimination; (e) California must take action to avoid supporting or financing discrimination against lesbian, gay, bisexual, and transgender people; and (f) it is the policy of the State of California to promote fairness and equality and to combat discrimination. (Gov. Code, § 11139.8, subd. (a).)

When does the state travel prohibition begin?

Are there any exceptions that allow a state employee to travel to a state on the prohibition list?

Yes. The California Legislature created exceptions in AB 1887 that allow travel to states in certain circumstances. (Gov. Code, § 11139.8, subd. (c).) These exceptions only apply if travel to a subject state is “required.” (Ibid.)

Specifically, AB 1887 does not apply to state travel that is required for any of the following purposes:

How long will the travel prohibition continue?

The prohibition on state-funded travel shall continue while any such law that discriminates on the basis of sexual orientation, gender identity, or gender expression remains in effect. (Gov. Code, § 11139.8, subd. (d).)

How is it determined whether a state is subject to the travel prohibition?

Does the state travel prohibition continue to apply to a state that has been removed from the prohibition list?

No. Travel to a state is prohibited only as long as that state remains on the current prohibition list.

May I travel to a state on the prohibition list if I made the travel arrangements before January 1, 2017?

The travel prohibition does not apply to travel that is required to meet contractual obligations incurred before January 1, 2017. The California Department of Human Resources has advised that travel approved prior to January 1, 2017 to a state on the prohibition list must be resubmitted to Department Directors and Agency Secretaries (or their designees) before seeking final approval from the Governor’s Office through the out-of-state travel process for individual trips.

Why are the States of Kansas, Mississippi, North Carolina, and Tennessee on the current travel prohibition list?

Does AB 1887 apply to personal travel?

7 thoughts on “North Carolina Remains on List of Restricted States”