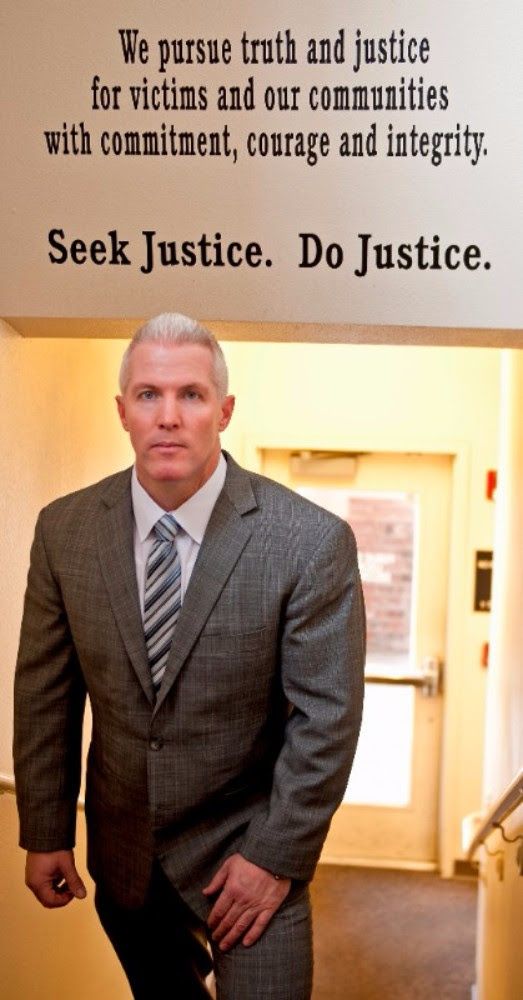 That is the title of an article in Slate yesterday.  I immediately flashed to Yolo County DA Jeff Reisig.  More on that in a moment.

Jessica Pishko writes, “In the past few years, a new breed of district attorney has risen to power. In places like Chicago, Orlando, and St. Louis, prosecutors have committed to making the American criminal justice system less punitive and more humane.”

She notes that “elected prosecutors have sensed the change in tides and adapted their message even as they’ve refused to scrap their outdated methods. These district attorneys talk about reform and perhaps make incremental changes, but they vehemently resist anything resembling a true overhaul of a broken system.”

Read the article, it is fascinating.  In a way it actually reminds me of the first time I met Kamala Harris.  I was working for the California Progress Report and I interviewed her at a Starbucks in San Francisco as she prepared to run for Attorney General.  At the time she was a DA in San Francisco and, when I interviewed her, instead of hearing a progressive liberal Democrat with ideas about social justice reform, she instead sounded like a prosecutor paying lip service to problems in the criminal justice system.

Something like that carried over to her tenure as AG, where she was quick to defend things like same sex marriage, but also quite willing to attempt to defend the conduct of the Orange County’s District Attorney’s office in the Dekraai murder case, which has been one of the most egregious scandals in criminal justice in this state in the last decade.

The Yolo County DA has hung its hat on quasi-systemic reforms like the Multicultural Community Council.

There are good people on that body, and Jesse Ortiz (now County Superintendent of Education), who helped co-found it, is someone I respect.  The mission of the MCCC, according to its website, “is to seek fair and equal justice, facilitate understanding, ensure open communication, and promote community participation, education and diversity within the criminal justice system.”

While Neighborhood Court is certainly a concept we can support, the program itself is quite limited to low level, generally nuisance and victimless crimes.  Back in 2013, we brought Judge David Gottlieb to speak about what is happening in Fresno  County – yes, that Fresno – where they have had a Victim Offender Reconciliation Program (VORP) since 1982.  You realize that Neighborhood Court is really a modest endeavor.

Back in 2012, Jann Murray-Garcia was one of the ones turning down an invitation to the Multicultural Community Council.  She wrote in a column, “I told Jonathan (Raven, the Chief Deputy DA) I was not interested, because I had accompanied too many Davis folks in Yolo County Superior Court who were inappropriately charged, investigated, overcharged, gang-labeled and unnecessarily prosecuted at great taxpayers’ (yours and mine) expense, and residents’ turmoil.”

The reality is that not much has changed.

In Jessica Pishko’s  article, Baton Rouge DA Hillar Moore becomes the poster child of the false progressivism.  He told her,” I believe I am a progressive DA…  I’m not proud that we have the highest incarceration rate in the world.”

She writes, “As more and more people call for criminal justice reform, Moore’s vaguely progressive rhetoric helps him win elections and brings him national attention. But the image of Moore as a reasonable scholar of criminology is far from accurate. In his eight-year tenure as an elected prosecutor, Moore has consistently taken positions that would increase the overcrowding of Louisiana’s prisons and would oppress those who can least afford it.”

In my view, while Jeff Reisig has taken on Neighborhood Court and Multicultural issues, he has opposed every major criminal justice reform in the state.  Every single one.  That includes two go-arounds of the death penalty reform, AB 109 (realignment to reduce the state prison population), three strikes reform, Prop. 47 (reducing certain drug possession charges to misdemeanors), and Prop. 57 (increasing parole chances for felons convicted of nonviolent crimes) this last time.

“Prop. 47 was the biggest public safety disaster in the last several decades in my opinion and in most law enforcement officers’ opinions,” Jeff Reisig said last year.

Groups like the ACLU have lauded the proposition as a “shift from the expensive, one-size-fits-all approach of incarceration toward smarter approaches to crime prevention, specifically including treatment for underlying issues like addiction and mental illness.”

The Vanguard launched the court watch program in early 2010.  This is our eighth year in the courts.

What we have found is that the Yolo DA’s office has one of the most aggressive prosecutorial approaches in the state.  Yolo County is a largely rural county which has long had a crime rate in the middle of that of the state.  But under Mr. Reisig’s office, we see a county that ranks No.4 in per capita prison incarceration rates and in the top five in per capita felony charges.

What we have found is that the Yolo County DA’s office often will overcharge cases without making reasonable offers, making trials more likely which, in many cases, were unnecessary.

Jann Murray-Garcia wrote about one particular case, which we can apply to many.  She writes, “I believe the office was practicing what American University Law School professor Angela J. Davis, author of ‘Arbitrary Justice: The Power of the American Prosecutor,’ refers to as ‘prosecutorial bullying,’ coercing the innocent to plead to lesser crimes they did not commit.”

While the DA touts his Multicultural Program, last year we found that there are disproportionate impacts in the criminalization of youth of color in Yolo County.

According to Kidsdata.org, a program of the Packard Foundation, in 2013 the youth arrest rate in California was 7.5 juveniles per 1000. However, in Yolo County that number is nearly 67 percent higher, at 12.5 per 1000.

In Yolo County, the felony arrest rate for African-American juveniles is at a soaring 37.6 per 1000, down from a massive 60.8 per 1000 in 2011 but still well above the state average. Moreover, Hispanics in Yolo County have remained stable at 17.2 per 1000, which has largely held steady since 2011, and is more than twice the overall state average.

Ms. Pishko concludes her article noting that prosecutors are doing what Mr. Moore is currently doing, “spouting off kinder, gentler rhetoric while doling out harsher and harsher punishments.”

That certainly is what is continuing to happen in Yolo County.