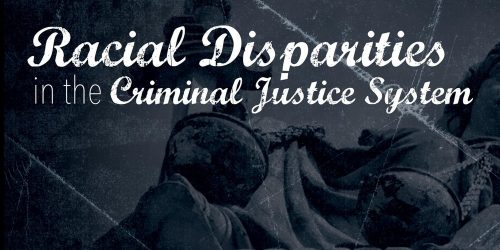 Civil rights advocates have long accused the criminal justice system of having bias against people of color, and in particular African Americans, but until recently there was little systematic data to shed light on the perspective.  That is starting to change.  A few weeks ago, a study out of Stanford University found that police officers consistently use less respectful language with black community members than with white community members.

That is followed up with a new study by the Quattrone Center for the Fair Administration of Justice, in collaboration with the San Francisco Public Defender, which investigates the differences in the processing of and final outcomes for Black, White, and Latinx defendants.

For the most part, studies of racial disparities in the criminal justice system have focused on final case outcomes, such as conviction, incarceration, and sentence length.

The report uses data from over 10,750 case records from the San Francisco Public Defender’s Office from 2011 to 2014. Along with arrest and conviction information, these records cover the entire pretrial process, and provide a more thorough view of the experiences of the defendants as they move through the criminal justice system.

As a result, on Tuesday, San Francisco Public Defender Jeff Adachi announced the formation of a team to scrutinize the early charges for bias.

The Pretrial Release Unit, comprised of two deputy public defenders and one investigator, will launch Oct. 1. The team will intervene between arrest and arraignment, reviewing police reports and conducting preliminary investigations to ensure cases have not been overcharged. In appropriate cases, the team will argue for bail reduction or pretrial release. The program, modeled after Miami-Dade Public Defender’s pioneering and money-saving Early Representation Unit, will be only the second program of its kind nationwide. The City of San Francisco has approved funding of $335,557 for the first fiscal year.

The formation of the unit was prompted by the results of the Quattrone Center study.

The review of 10,753 complete case records between 2011 and 2014 from the Public Defender’s Office revealed that people of color receive more serious charges at the initial booking stage, reflecting decisions by the San Francisco Police Department and other booking agencies. Those booking charges create a ripple effect that follows defendants through the justice system and results in more jail time and more serious convictions for African Americans.

Booking decisions are made by a police officer’s initial impressions, often before all the evidence has been gathered or witnesses interviewed. It is then sent to the district attorney, who recommends charges. Public defenders are not assigned to the case until arraignment, after a person has spent up to five days in custody. This program would allow poor defendants the same access to early representation as defendants who can afford to hire private attorneys.

“The Pretrial Release Unit is preventive care for a system infected with bias,” Mr. Adachi said. “Instead of trying to stamp out the problem once it has taken hold, we will step in right after booking, start our investigation, and file a bail motion within eight hours.”

The report found that the ripple effect put in motion by booking charges accounted for 72 percent of the conviction gap between black and white defendants in misdemeanor cases and 46 percent in felony cases. Criminal history accounted for 1 percent and 33 percent, respectively, while demographic and other factors accounted for the rest.

Instead, the study point that people of color receive “more serious charges at the initial booking stage” and have “pre-existing racial differences reflected in their criminal record, based on previous encounters with the criminal justice system.”

To view the full text of the report, click here.