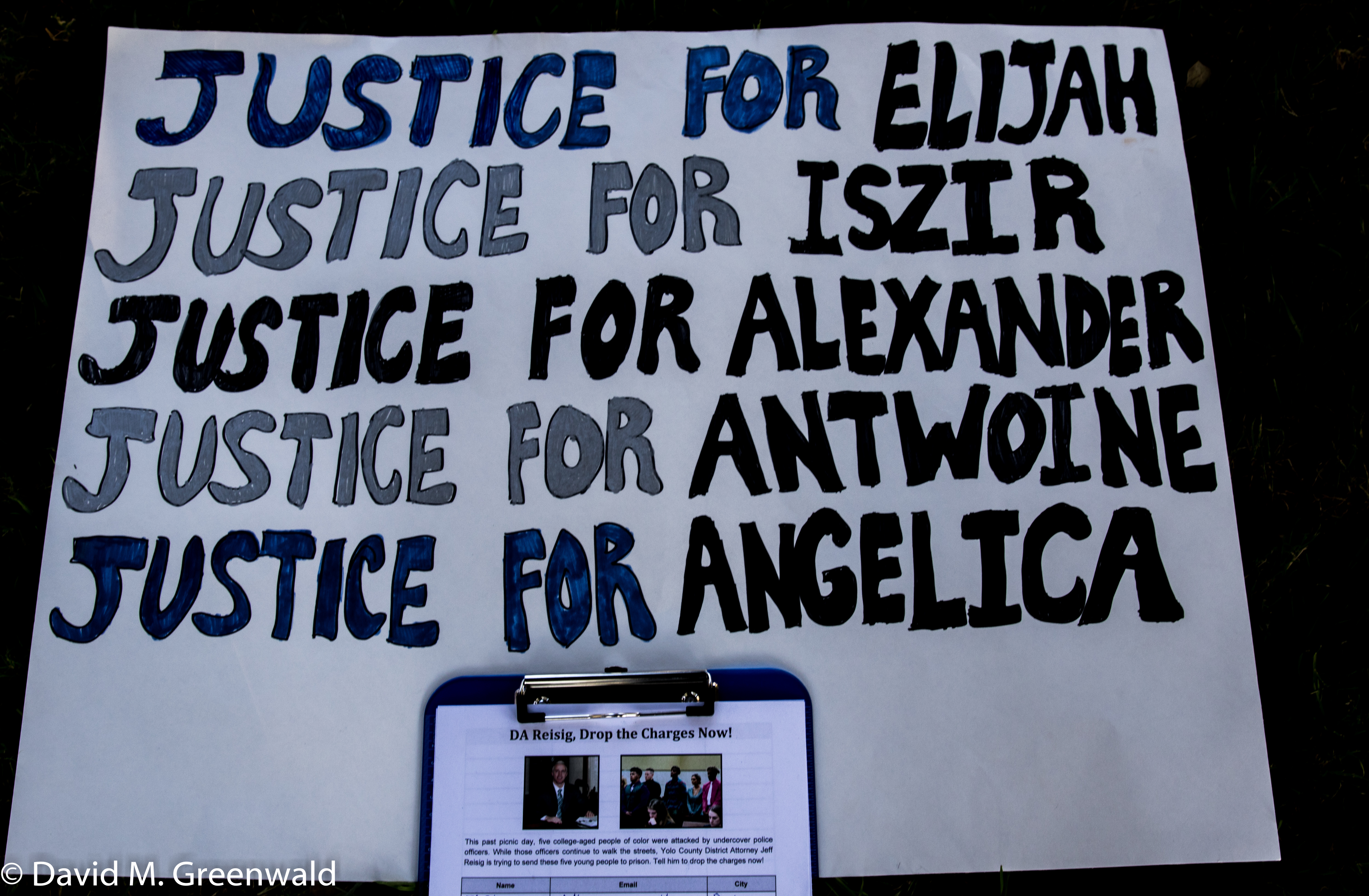 A small number of protesters gathered on Wednesday to demand that Yolo County DA Jeff Reisig drop criminal charges against the five defendants in the Picnic Day incident.

The group says they gathered at least 40 signatures so far for their petition which states: “This past Picnic Day, five college-aged people of color were attacked by undercover police officers.  While those officers continue to walk the streets, Yolo County District Attorney Jeff Reisig is trying to send these five young people to prison.  Tell him to drop the charges now!”

Alexander Craver, Antwoine Perry, Iszir Price, Angelica Reyes and Elijah Williams each face felony charges for a violation of section 245(c) of the California Penal Code which describes assault by means of force likely to produce great bodily injury on a peace officer.

The defendants are also charged with a violation of Penal Code section 69 in which the individuals are accused of “willfully and unlawfully attempt(ing), by means of threats and violence, to deter or prevent …  an executive officer, from performing a duty imposed upon such officer by law and did willfully, unlawfully, and knowingly resist, by the use of force or violence, such officer, in the performance of said officer’s duty.” 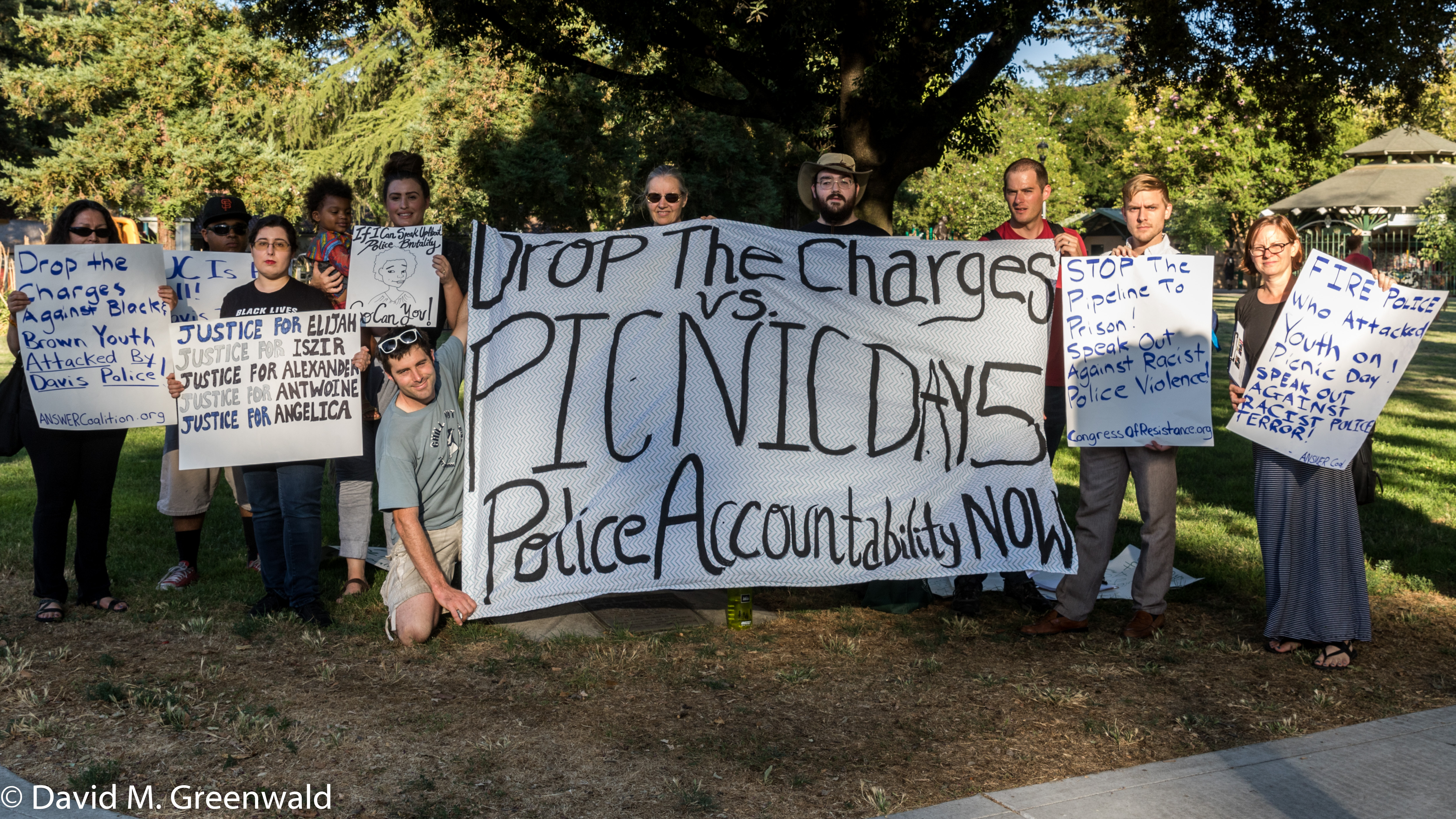 Kate Mellon-Anibaba, one of the organizers with “Statement of Love,” told the Vanguard, “We are out here to bring awareness to the five individuals who were victims of police brutality during Picnic

Ms. Mellon-Anibaba told the Vanguard, “We want the charges dropped.  We want the police to be accountable and we also want police oversight.

“We have a petition, we want to raise awareness,” she continued.  “We want to talk to anybody that we can about the issue.” 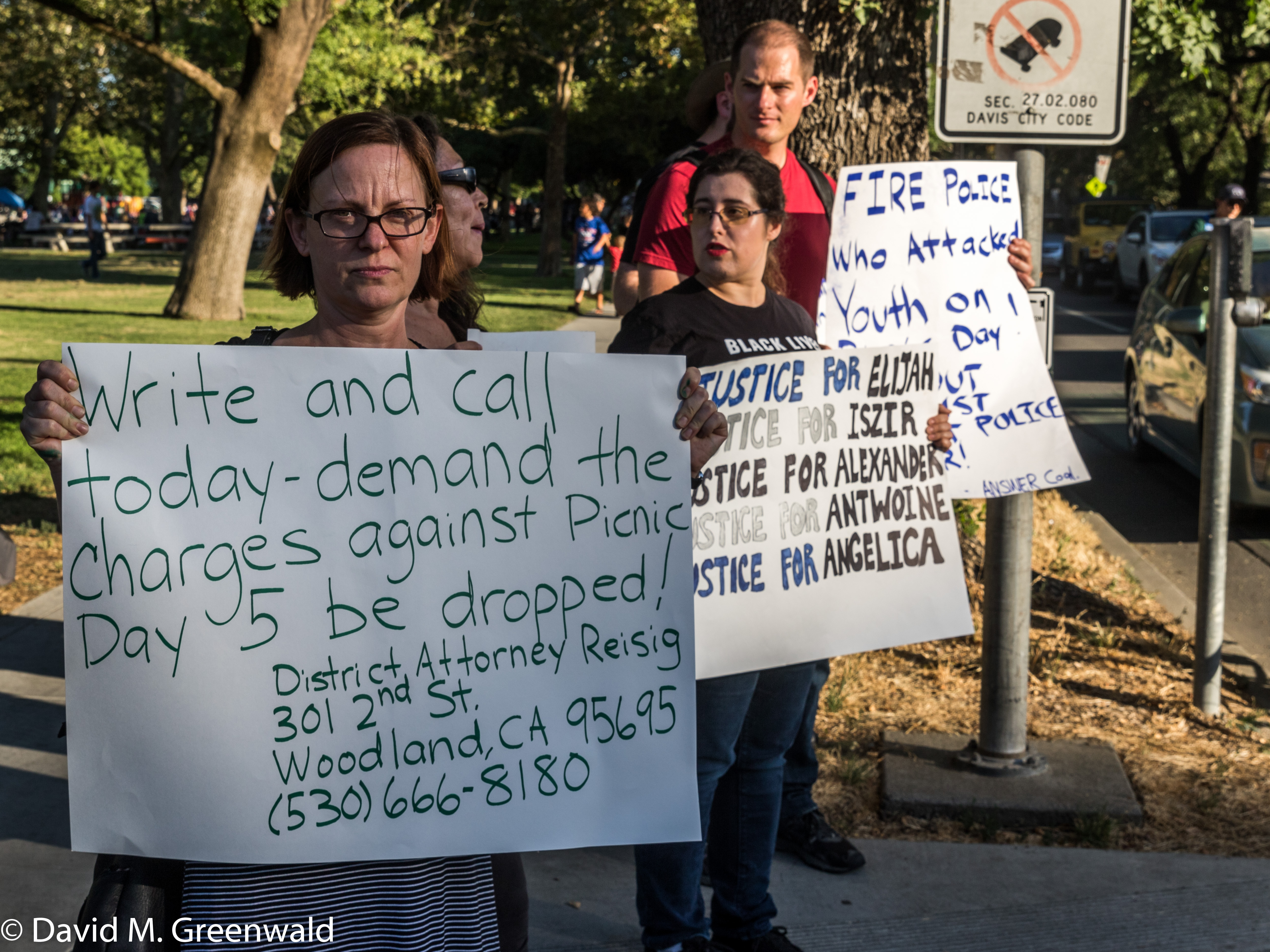 Statement of Love, on Facebook, states that on April 22 there was a large crowd gathered on the corner of College Park and Russell Blvd.

The statement goes on: “To break up the crowd, police dressed in plain clothes drove their unmarked vehicle into the crowd, shouted profanities, and started a fight with many individuals, at one point taking a young woman into a chokehold. Several people, all of whom are of color, fought back and were subsequently arrested and charged with felony assault of a police officer and felony resisting arrest. Officers later reported that they were attacked by a ‘hostile group,’ and despite this being clearly contradicted by video evidence, the officers (Sean Bellamy, Ryan Bellamy and Steve Ramos) have continued to serve on the force without repercussions.”

One of the flashpoints of the protesters is the original press release by the police department.  According to Will Kelly last month during public comment at a city council meeting, the press release by the Davis Police Department “contains several plainly false statements that have direct bearing on the case.”

One statement was that “the police car was surrounded by a violent mob.” 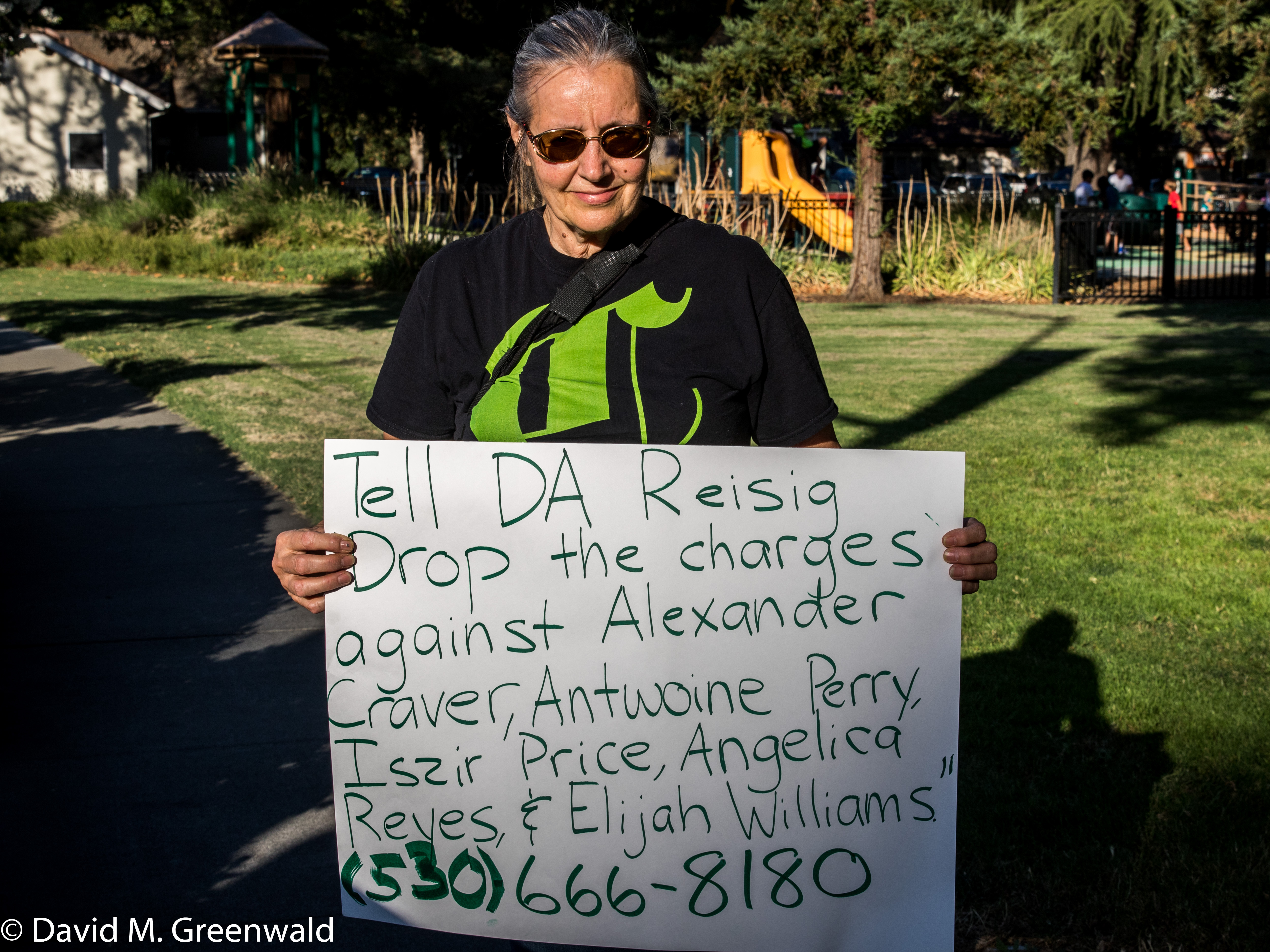 “That certainly has bearing, because if that’s true, then the police officers can’t get out, what are they to do – obviously that’s relevant,” Will Kelly explained.  “But the video plainly shows that, first of all, they drove into that crowd.  Second of all, up until the moment the fighting started they could have safely backed out, and the whole time the driver side of that vehicle was completely open – they could have got out and identified themselves.

He further pointed out the assertion that “the officers started to identify themselves.  I think that is unacceptably vague.”  Whether they identified themselves or not “is crucial to the whole case. I suggest that that statement be retracted,” he said.

The preliminary hearing is scheduled for next week, on July 27.