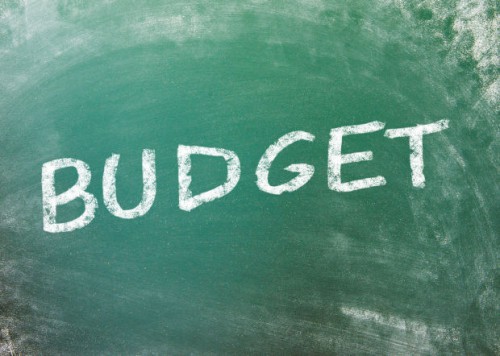 It won’t show up on the New York Times bestseller list. It is unlikely to be found anywhere in the vicinity of summer beach houses rented by Davisites getting away on vacation.  But, when they get back into town, it should be essential reading for any Davis citizen interested in truly understanding the financial condition of our fair city.

I speak of one chapter, a grand total of 19 pages, from our new 2017-18 city budget, describing the 20-year fiscal forecast of city revenues and expenditures prepared and written mainly by an insightful fiscal consultant, Bob Leland, who was hired by the city and lives in Davis. Go to the city of Davis website, cityofdavis.org, type in the words “2017-18 budget” in the search box, and then click on Item 04 on the list that appears below to bring up the document.

Yes, I am an MBA and a government numbers nerd. But before you think I am descending in obscure and total geek-dom, take a look at this plainly written, well-documented, and concise explanation of the state of the city’s finances.  It even has pictures, really interesting pictures, that tell some important stories.

Discussions around Davis about the budget tend to quickly become rhetorical exercises focused on the question of whether the glass is half full or half empty, and about who is to blame for deficits. This document is by its very nature forward-looking. It provides specifics about revenue and cost trends and arms readers with the information to draw his or her own conclusions about the course we are on and what will affect the numbers the most.

Leland, following in the footsteps of Project Toto presentations by members of the city’s Finance and Budget Commission, made reasonable and realistic assumptions in consultation with city staff

about the direction of city finances. He even built in periodic economic recessions and added into his estimates what it would take for the city to repair and maintain its essential infrastructure and to grow staff salaries consistent with 2 percent projected inflation.

What drives city finances for the General Fund, the most flexible pot of money used mainly to pay for police and fire services, parks, and roads?  About 68 percent of expenditures during the forecast period would go for general operations and maintenance, including salaries; about 22 percent would pay for unfunded liabilities, mainly pensions and health coverage for retired workers; and 10 percent would cover roads and other infrastructure.

I won’t bury you with numbers from the document, but will focus on three conclusions of note.  (Here is a link to the chapter).

The forecast finds that the city, on average, faces a $7.8 million a year General Fund gap to keep the conditions of roads, parks, and vital services from deteriorating below the high standards that Davis taxpayers expect and deserve. A summary of what drives the shortfall can be seen in the3 chart below. 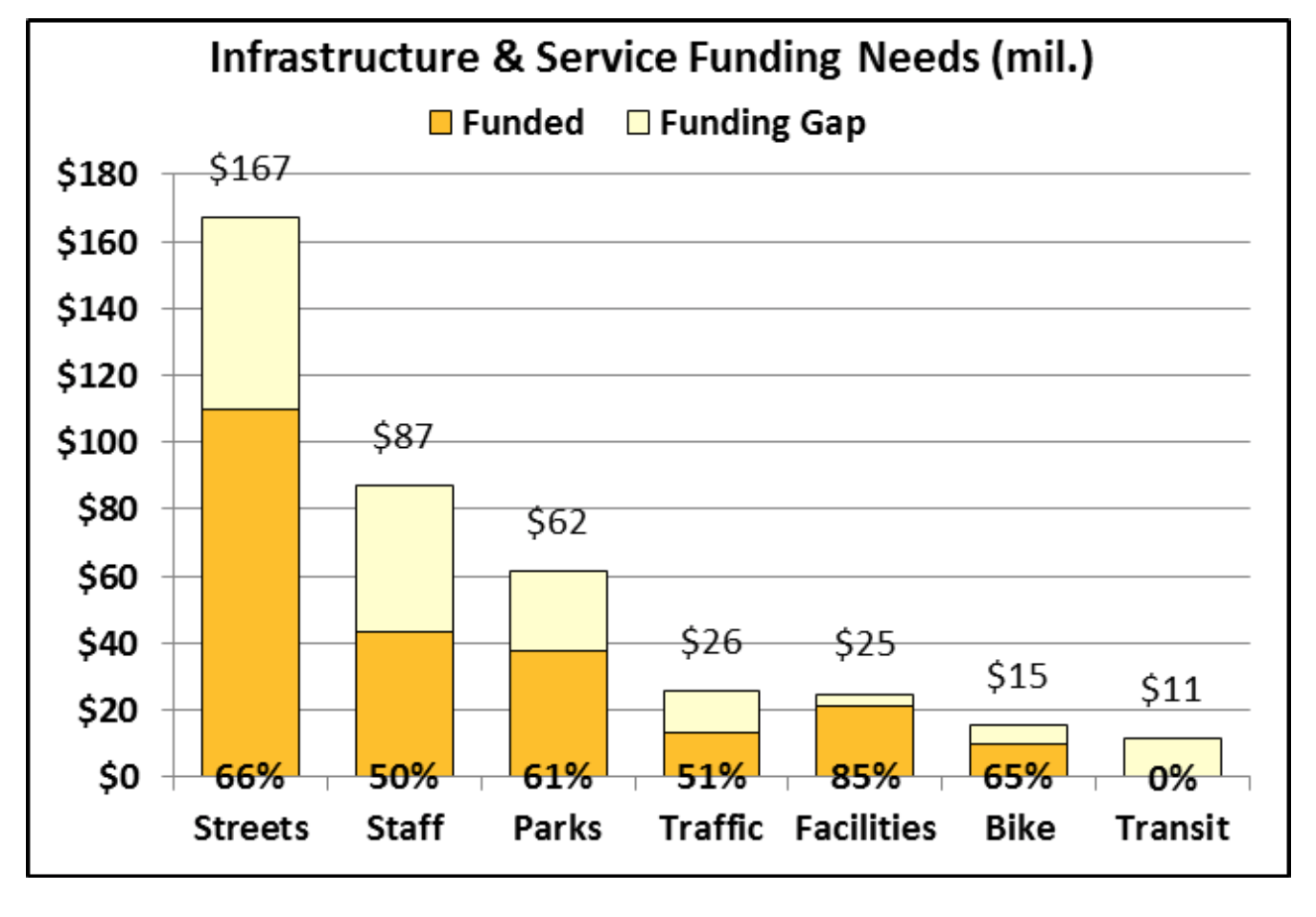 The annual funding gap starts at a smaller number in the early years but builds over time, making a compelling case that changes are needed to put our finances on a sustainable track.

No one is suggesting this problem be solved solely with new taxes. But, for purposes of comparison, the size of such a financial gap, the document notes, is the equivalent of a fully penny of sales tax, or a 6 percent tax on utilities, or a $270 parcel tax. In other words, such a problem is challenging, but probably manageable with early and meaningful actions to close the gap.

However, the city’s new forecast is built on a very important assumption – that the level of local sales tax approved by Davis voters in 2014 as Measure O is renewed by the City Council and the electorate when it expires in the year 2020.  If Measure O were, instead, allowed to expire in its entirety, the condition of city finances would dive-bomb soon afterward.  Before long, we would be tacking on $9 million-plus in deficits on top of that $7.8 million gap.

In its June comments on the 2017-18 budget, the Finance and Budget Commission urged the City Council to use the financial forecast as the starting point for drafting a comprehensive financial strategy, one that might also need to be updated periodically, to address the city’s financial challenges. We believe a mix of strategies – cost containment, leveraging of surplus city assets, economic development, and other actions – should be considered alongside new tax measures in such a plan.

But don’t take our word for it.  Read the document yourself and tell us and your elected representatives what you think about all this. We hope this additional transparency in city finances will empower you to help shape the critical fiscal decisions we all face as citizens.

The outcome will affect the taxes you pay, the municipal services you get, and ultimately the quality of life in this community. Think about that as you kick back at the beach.

Dan Carson is chair of the City of Davis Finance and Budget Commission.

One thought on “Every Davis Citizen Should Read New Budget Forecast”