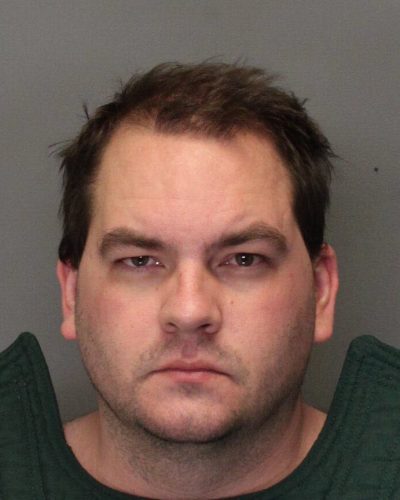 A domestic violence call in West Sacramento on Wednesday evening turned out to be the worst mass killing in recent Yolo County history, as police responding on the scene found three young children unresponsive, soon to be declared deceased.

The suspect, Robert Hodges, was arrested later that evening and charged with three counts of murder and one count of attempted murder.  He is being held at Monroe Detention Center and awaits arraignment on Monday afternoon.

West Sacramento Sgt. Roger Kinney explained to the Vanguard that on Wednesday at 9:20 pm, officers were dispatched to the Timbers Apartments, an apartment complex in the Southport area of the city, in the 250 block of Touchstone Place.  The initial call was a domestic violence call where the male was later identified as Robert William Hodges, 32, out of West Sacramento.

The report was that Mr. Hodges was assaulting a female, later determined to be his wife.  As officers were en route, the call was updated, stating that there were possibly three deceased children in the home.

Mr. Hodges, prior to the arrival of the police, fled the scene in a vehicle.

Sgt. Kinney told the Vanguard that the officers found three unresponsive children upon arrival in the apartment.  He stated that they were not releasing names or ages of the deceased at that point.

The officers at this point began “life-saving” measures.  The fire department also arrived on the scene and took over the rendering of aid to the children.  Medical officials, arriving on the scene, pronounced all three children deceased.

They determined through their preliminary investigation that there was probable cause to arrest Robert Hodges for murder.  They put out a bulletin to all of the agencies in the region to be on the lookout.

At midnight, they received a report from CHP that they had located the vehicle near I-80 and West El Camino and had detained Mr. Hodges without incident.  His identity was confirmed and he was placed under arrest.

Sgt. Kinney told the Vanguard that the responders on the scene were extremely distraught and chaplains were called out for the neighbors as well as responders.

The DA announced Hodges’ arraignment for Monday at 1:30 pm.  The suspect is being held with no bail.