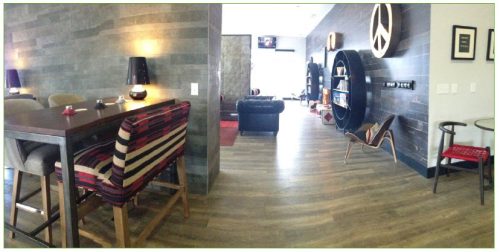 On Tuesday evening, after listening to a number of students talking about the current rental market and their living situation, Mayor Pro Tem Brett Lee asked his colleagues to take a pledge, given that the council has with Lincoln40 approved close to 3500 beds for student housing, to look at a broader variety of housing types for future projects.

“I’m willing to support this project if we reach a mutual understanding here,” Brett Lee stated.  “I think we’ve done our fair share towards addressing student housing needs at this point.  But we have workforce housing needs.”

He added,  “I think its now time to turn toward workforce housing.”  He suggested going toward housing “that by design does not sort of preclude certain uses.”

Will Arnold would add, “My appetite for this type of project has reached its satiation point.”  He added, “Absent a geographic circumstance, such as spitting distance from campus, then I am inclined to support something like what you said.”

Rochelle Swanson added, “I think it’s time to do a pivot.”  At the same time, “We can’t expect it all to be across the street, we have a benefit from having students (in the city).”  But she said, “I think being able to have a mix for the workforce…  We begin to build new diversity into our housing, to mirror the old diversity that we had at one point.”

On the other hand, Lucas Frerichs was not willing to sign a pledge and pushed back saying, “I think that making blanket statements that we shall or shall not do something, I’m not sure that’s something that either I or our colleagues should be doing.”

Mayor Robb Davis was also more equivocal, “If the location is right, I’ll go for dense and student housing (that) makes sense.”

Will Arnold posting on Facebook noted, “I would like to see more projects that address a variety of rental housing needs, including students, but also families, seniors and workforce housing.”

He added, “We still need more rental housing, but with greater flexibility for all renters.”  He added, “I will take projects on a case by case basis, judging them on their merits as I would any

proposal coming before us, not just housing and land use.”

I have a number of thoughts on this discussion, but let us start with the specifics of what has been approved and what is coming down the pike.

Right now the council has approved 540 student beds at Sterling and 708 student beds at Lincoln40.  If Nishi ends up approved by the voters that is another 2200 beds, taking us to 3448 beds with those three projects.

As I have pointed out, we really are only talking about four apartment complexes, maybe five in this whole discussion.  And Plaza 2555 is a bit different – it has 200 units, of which 130 are four- and five-bedroom units for 554 student-oriented beds.  But it also has 30 micro units, 17 one bedrooms, 14 two bedrooms and 9 three bedrooms.  The form ranges from apartments to townhouses to stacked flats.

That would seem to be a range of housing that we are looking for.  Particularly when students make up between 65 and 85 percent of the renters on the market anyway.

Beyond that, we have the project at 3820 Chiles Road which are micro-studios, one and two bedrooms, and 15 three bedrooms – nothing larger.  That is designed as a workforce housing project.

Between Plaza 2555 and Oxford Circle we get to about 4500 or so beds for student housing, combined with the 8500 beds on campus which gets us to 13,000 new beds, which could push us close to where we need to be.

If the purpose of the council is to signal to other developers, we have what we need either approved or in the pipeline, I think that is correct.  If the statement by Brett Lee is meant to change the existing proposals for Plaza 2555 and Oxford Circle, that seems like a mistake.

The good news this week is that the university is pledging 5200 new beds on campus over the next six years.  As we have been pressing for several months now, the bigger news is their pledge for affordability.  Their goal, they said, is “to set rents at levels significantly below market rates in the city of Davis.”

As now former ASUCD President Josh Dalavai pointed out to the Vanguard, “It doesn’t do students much good if we just erect like ten West Villages and no one can actually afford to live there.”

Indeed, West Village remains problematic at current rents, with a 17 percent vacancy rate.  But moving rents to be better than market rate is the key step UC Davis needs to take to do their part to solve the housing crisis.

Focusing on student housing, from my perspective, always made the most sense in Davis.  First, it was the 800-pound gorilla in the room.  Student housing demand was overwhelming the market and forcing families and others out of town.

Student housing was and is a purely internal need.  People are not moving from the Bay Area to purchase affordable student housing unless they attend UC Davis.

There are other housing needs, although, as the New York Times article that we referenced last week and Councilmember Rochelle Swanson point out, the future of housing means more creative solutions – such as co-housing which means, in my view, that many of these student housing projects might work for younger working adults in addition to students.

Going beyond those needs will be tricky.  The regional demand for housing is so high that building a few homes in Davis will not relieve the pressure and could end up just serving people fleeing the Bay Area and Silicon Valley.

Rental housing for families is tricky.  Market rates push the cost of a three-bedroom into the $2400 range, out of the reach of most families, who could buy a house with lesser mortgage payments elsewhere.

We certainly don’t oppose addressing other housing needs, but students were in the worst and most immediate situation, it was always going to serve the local needs, and market rate was generating housing that was relatively affordable, especially if we can get to the five percent vacancy rate.

Bottom line, what is in the pipeline is sufficient so long as UC Davis follows through on their commitments, but what we have approved so far is not sufficient, especially if Nishi does not pass.

One thought on “Sunday Commentary: Have We Done Enough about Student Housing?”