Ezra Beeman invited the Vanguard to the Golden One Center for the Impact 2018 Global Venture Summit.  The summit was organized by a venture capitalist who is trying to develop the venture capital and startup community in Sacramento.  We saw a bunch of entrepreneurs going around and talking to a bunch of potential customers.

He explained, “This is what we have to do to really establish a viable startup community.”

Ezra Beeman explained that he is developing Empower Energy “because it brings together things I care a lot about.”  He said, “It brings together sustainability and it brings together innovation and human ingenuity.  I brought those things together into a solar storage and electric hot water technology product.  Our aim is to provide a good return on investment to residents and also provide them with the least cost hundred percent renewable energy system.”

Mr. Beeman continued, “We just got our certification, so we’re just at the point of actually starting to manufacture and sell these devices.  Let me tell you that getting certification of a

The company is currently based in Australia, but, as soon as they can, they will bring it to the U.S.  His consulting business is currently located in Davis and now he’s looking to bring his battery solution to Davis as well.

“It’s a completely separate business.  This is really out there selling storage in solar units and installing them in houses.  As opposed to the consulting which is really about advising electricity utilities and regulators and government as to how too transition their current energy usage into one that’s likely going to be 100 percent renewable energy in the next 10 to 20 years,” he explained.

First he said that “we have to engage with UC Davis because part of what they do is understanding all the IP that gets developed on campus.”  He said that active engagement with the professors encourages people to have their startup businesses in Davis.  “A startup starts with one or two people and getting your first full-time employee is a big step.  We can encourage that by having the space available for them, by having an active series of events.”

Mr. Beeman added, ”I know we had Davis Roots in the Boyer Mansion and that’s terrific.  I don’t know where they’re going now, but we need places like that are low cost and come with shared working space.” 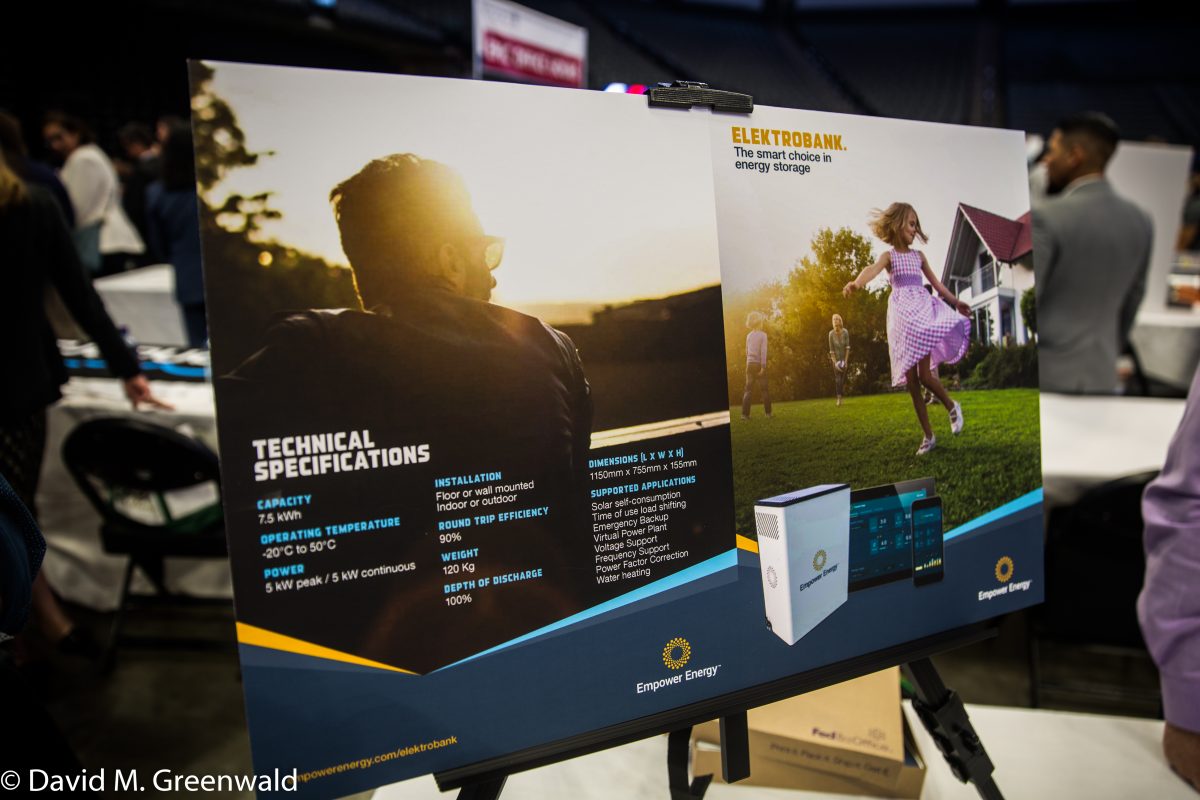 He suggested getting that space filled can be done “in a couple of different ways.”  Mr. Beeman cited Joe Krovoza, who was among the council members instrumental in bringing Davis Roots to the Hunt Boyer Mansion.

Ezra Beeman is focused on several things, and one is “our vision for the city.”   He said that “as we go to review the general plan, that we engage with the whole community not just the community that shows up for a series of limited engagements.”

He said, on the fiscal side, “that’s where I think this sort of activity is going to be really helpful in that one of the things that everybody says we need and I agree with, is more sources of revenue.

Ideally, more sources of revenue that don’t lead to an increase in taxes.

“We do that by attracting high value businesses into the city,” he explained, like Schilling Robotics or DMG, “where they produce more property taxes per square foot because what they produce is really valuable.”

He recommended “negotiating or if necessary taking a legal course to get a better deal for Davis.”

Mr. Beeman also talked about the need to build up high-paying jobs in Davis.

Finally he said, “Our collaboration to provide a ready eco-system – it doesn’t necessarily require a big innovation park – I think we can do this more with guerrilla startup tactics.”

He said that many of the most impressive businesses, like Apple and Microsoft, were started in people’s garages.

“You don’t need to have a huge amount of capital infusion,” he said.  “In fact, the more capital you take on, too early, the more likely you’re going to blow up financially.”

He said he can bring insight to how this could work “rather than some set piece set up by people who don’t actually understand how innovation leads to viable business.”