SACRAMENTO – The Poor People’s Campaign – a national organization dedicated to continuing the work of Martin Luther King Jr. and that last summer staged a series of protests at the State Capitol that led to about 80 arrests – marked MLK Jr.’s 1968 assassination here Thursday by attacking the mayor of Sacramento’s $40 million plan for the homeless, and decrying the “legal lynching” of Stephon Clark.

aimed at communities of color, lack of access to quality education, the military economy preying on the most vulnerable, families being separated by ICE and held for profit at privatized detention centers.

“The mayor announced a $40 million plan, but the city of Sacramento doesn’t do anything to help other than arresting the poor,” said Cathleen Williams of the Sacramento Chapter of the PPC. She said the plan showed a “lack of humanity and common sense.”

“The mayor’s $40 million plan should be rethought because the proposed emergency shelters will not make a real dent on homelessness and the money would be better spent supporting permanent housing, jobs, and self-government communities,” according to a homeless position paper released by Williams. 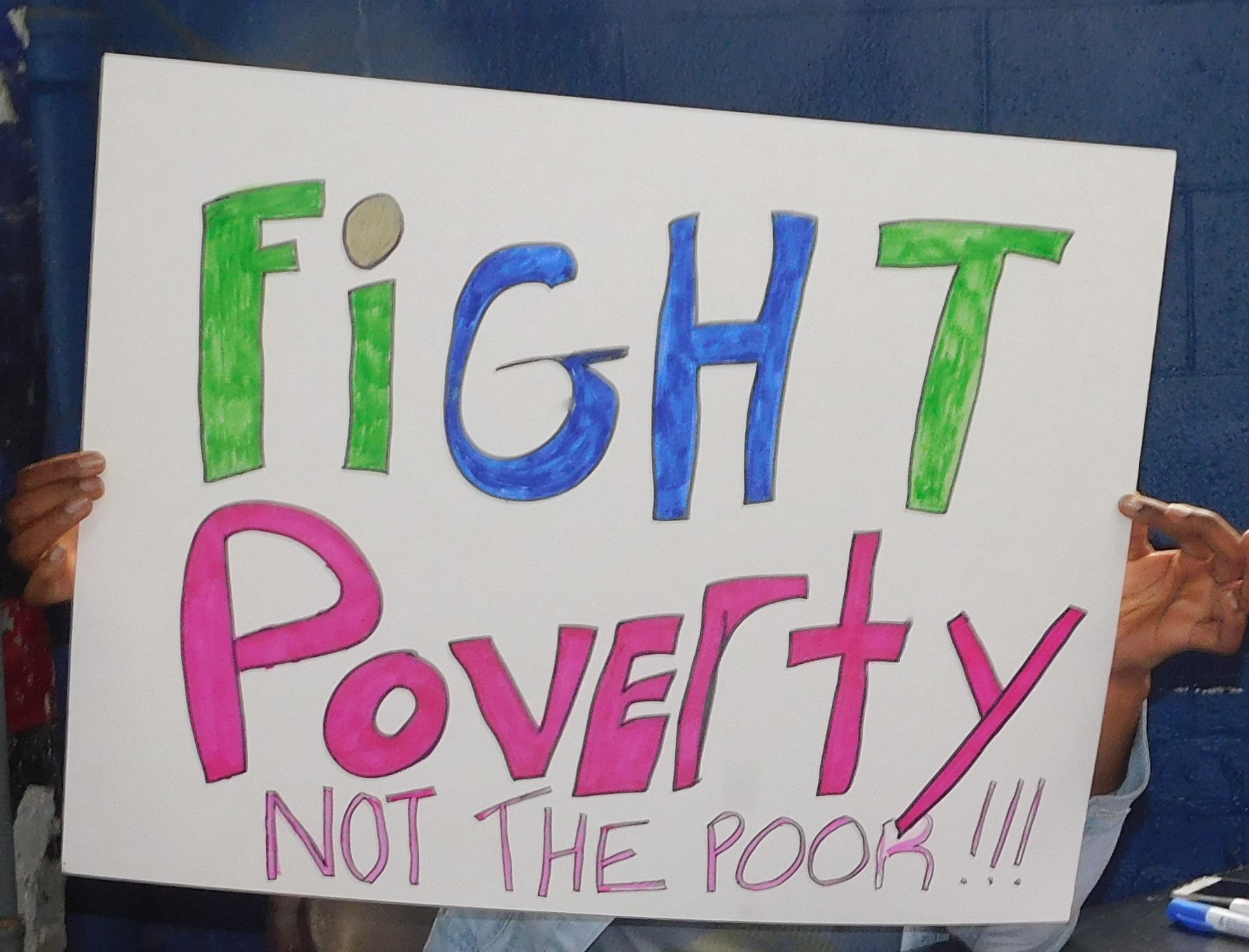 And Robert Coplin of the Sacramento Tenants Union said there should be “homes for everyone,” stressing livability and describing some housing for the poor that had led to deaths “from black mold.”

The CA PPC also released a statement on the killing of Stephon Clark, an unarmed Black father, as he entered the back yard of his grandparent’s home. Police said they thought he had a gun, that turned out to be only a cellphone. He was riddled with dozens of bullets.

“With the decision of the Sacramento County District Attorney not to charge police officers with the death of the 22-year-old African-American father of two, Stephon Clark, we see again the deadly intersection of systemic racism and poverty, the militarization of law enforcement and devaluation of human life in America,” said the CA PPC.

“There is a word for what happened to Stephon Clark: that word is lynching…in the days immediately following the March 18 police killing, a broad cross section of the Sacramento community…rose up in civil disobedience. (California PPC) condemns the decision of the Sacramento County District Attorney to let Stephon’s killers go free…(Clark’s) epitaph will be our continued determination to build a unified fusion movement towards the elimination of the interconnected evils of poverty, systemic racism and militarization of our society,” said the PPC.

Sonia Lewis, a community activist, talked about MLK Jr. and charged that “he was killed for his call for revolution,” and his focus on “the need to move from civil rights to human rights.

“We have nothing to lose but our chains. It’s been 400 years since the first slave ships…my ancestors were stolen and I stand for (them),” said Lewis, noting that “I’m an old soul, not an old fool” who believes “Black lives paid the price of protecting white privilege. This nation has fed all of us lies. But connects the dots…we’ve all been bamboozled

Lewis, reflecting on last week’s Black Lives Matter protest at a luncheon for Sacramento County District Attorney Anne Marie Schubert – the DA who refused to prosecute the officers who killed Clark – “they took our green dollars” but still asked “five Black women to leave. They arrested two of us. The powerful judges and lawyers sat in silence.”