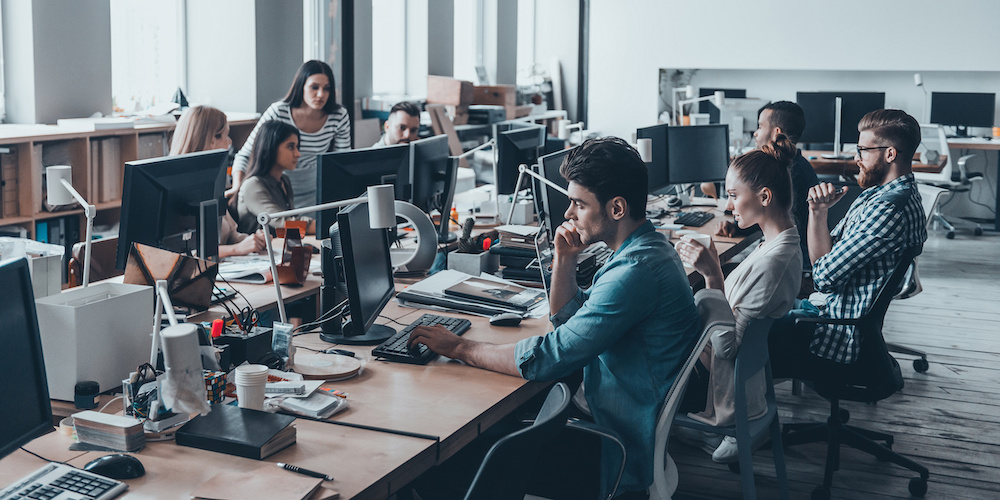 The efforts of Sacramento are starting to pay off and the push will only help Davis as the home of UC Davis makes its push for high tech economic development.

As the Bee put it over the weekend, “Long seen as little more than a government town, Sacramento is rising in the ranks of cities where young entrepreneurs and startup companies want to stake a claim.”

The analysis by CommercialCafe, a national internet-based commercial real estate blog, and data provider, put Sacramento as the 11th best area in the country for startups “as it increasingly becomes a landing spot for young workers and businesses who find Bay Area rents and real estate tough on fledgling businesses.”

The Bee notes: “The ranking suggests a recent push by Sacramento Mayor Darrell Steinberg and business leaders to link the city to the Bay Area as a super-regional tech and startup incubator is paying dividends.”

“The once sleepy government town is ripe for new tech companies to take shape here and feed the early-stage startup scene,” analysts at CommercialCafe wrote.

Writes CommercialCafe: “With a 45% increase over five years in the number of jobs in computer, engineering, and science occupations, Sacramento placed first for tech employment growth. Census data showed that the number of residents aged 25 to 39 with a science and engineering bachelor’s degree or more increased by 16.6%, marking the largest percentage increase in tech educated talent pool.”

A 2017 report by JLL identified Sacramento as a “hidden gem” for “its rich talent pool of computer programmers due to local science-grounded colleges like California State University at Sacramento and University of California at Davis.”

They add: “The report also noted the relative affordability of tech-skilled labor. In fact, among the cities on this list, Sacramento placed first for wage growth. BLS data on computer, mathematical, architecture, and engineering occupations showed that Sacramento saw the slowest average increase in median income. Moreover, the California state capital ranked among the top 10 for affordability of

That should be good news for Davis as well.  Part of the basis for the ranking is the talent pool coming out of UC Davis.  This ranking is even before the major new Aggie Square effort gets underway.

Davis remains the sleeping giant here, as Barry Broome from Greater Sacramento put it last fall upon his visit: “I like to refer to Davis as the front door to the Silicon Valley for the region.”

Sacramento has put more emphasis on attracting startups and younger workers who might have otherwise chosen the Bay Area to launch their careers.

Greater Sacramento, the Bee notes, “has been part of the push to position the Sacramento region as a startup hub.”

“As we assist startups desiring to locate in the Greater Sacramento region, one of the main selling points is the access to talent and the second point is the affordability factor,” a GSAC spokeswoman wrote on Monday.

They added, “Sacramento is truly moving from being a government town and startups are seeing the advantages of locating in a region that retains a well-educated workforce and the costs associated with building a new business are not astronomical.”

The key for Davis – as with Sacramento – is the proximity to the University.

Barry Broome explained: “UC Davis has the opportunity to be among the most impactful universities on climate change, farming, food security.

“Innovation has to be within 200 yards,” he said.  “If you look at these successful research parks… the exchange between industry, commercial technology and important solutions like how do we feed the world in 2050, that is a point-blank range relationship between the industries that are trying to solve the problems, the faculty that are developing contemporary research and the students that are being trained to go into the industry and solve that problem.”

For Davis, one of the barriers has been lack of space.  Davis is a community that doesn’t want to be impacted by growth and development, Barry Broome said, but added that what we need to do “is empower ideas that match the values of the residents of Davis.”

For years, Davis has been looking at creating a research park.

“It’s a bit of a frustration that we haven’t been able to figure out how to take this research park forward between the city and between the university,” he said.

But that could change in the coming year as the Aggie Research Campus has been proposed.

Barry Broome explained, “I would love to see the city of Davis have a global reputation as a city and a community.  We have a great reputation inside California, but I would like to see that resonate nationally.”

As Sacramento has success, that will only help improve the entire region, Davis and UC Davis included.

Share:
Tags:Economic DevelopmentGreater SacramentoStartups
Previous : Children Continue to Die in Government Custody
Next : Commentary: City or Schools – Who Has the Toughest Road Ahead on Funding?

7 thoughts on “Analysis: Sacramento’s Emergence in Economic Development Can Only Help Davis”