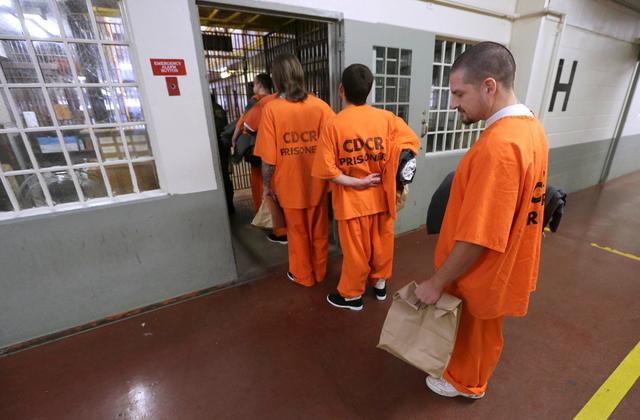 If signed by the governor, AB 45 would eliminate medical and dental copays for people incarcerated in California jails and prisons

“An individual who makes 8 cents an hour in prison will have to work 60 hours to be able to afford the $5 copay. This barrier to care can have serious consequences including the exacerbation of minor conditions until they are serious or chronic, and the spread of infectious diseases,” said Stone. “AB 45 will remove this barrier and ensure incarcerated individuals can receive healthcare while in prison. I urge the Governor to approve this necessary measure.”

Incarcerated people enter prison with disproportionately high rates of poverty, substance abuse issues and mental illness relative to the non-incarcerated population. While in prison, the state has an obligation to provide health services to its incarcerated individuals.  Copays are costly for incarcerated people who make as little as 8 cents an hour. This barrier to healthcare means individuals need to work up to 60 hours to afford a copay or are forced to decide between buying basic hygiene products or paying for a copay.

into a risky waiting game and ultimately undermine public health throughout the state. It’s time California jails stop charging copays once and for all.”

Living in close quarters and crowded environments puts incarcerated people at heightened risk of illness and contagion. As a result, charging copays for fundamental medical and dental care jeopardizes not just the health of those who are incarcerated, but also of staff, volunteers, and family and friends who visit the facilities. Indeed, in 2003, the Centers for Disease Control and Prevention identified copays as one of the factors contributing to a MRSA outbreak among incarcerated people in California.

“I made 8 cents an hour at my kitchen job but was still required to pay a fee to see the doctor,” says Taylor Lytle, a formerly incarcerated organizer with the California Coalition for Women Prisoners. “When I was sick, I had to choose between seeing a doctor and buying hygiene I needed, like soap.”

Most county jails in California charge incarcerated people a $3 copay for medical, mental, or dental care. Jails are also allowed to charge for medical equipment, including glasses and dentures. The costs can be unaffordable and deter many incarcerated Californians from seeking care, oftentimes until their condition escalates to emergency status. Due to labor exploitation, incarcerated people currently earn only pennies per hour, with a majority earning less than $25 a month.

Additionally, because of the overrepresentation of Black and brown people in California’s criminal justice system, a lack of access to necessary health care only exacerbates existing health disparities in these communities.

“By eliminating jail and prison copays, AB 45 will help improve public health and bring California one step closer to establishing more just access to healthcare for incarcerated Californians,” said Emily Harris, Interim Policy Manager with the Ella Baker Center for Human Rights. “This is particularly important to achieve equitable health outcomes in Black and Brown communities, and reduce the financial burden on incarcerated Californians and their families.”

AB 45 now heads to the governor’s desk for his signature.

AB 45 is sponsored by the Union of American Physicians and Dentists, Initiate Justice, Ella Baker Center for Human Rights, California Coalition for Women Prisoners, and the ACLU of California.