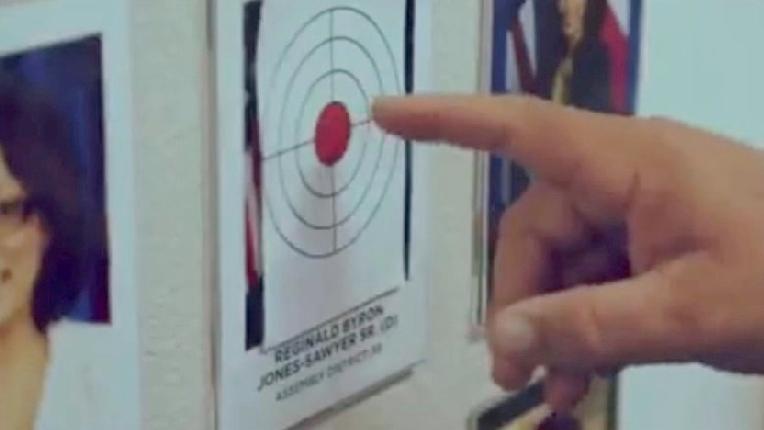 Jones-Sawyer previously served as the Assembly Public Safety Committee Chair for the CLBC and is up for reelection this year, representing California’s 59th District in the State Assembly. Endorsed by U.S. Senators Bernie Sanders and Kamala Harris, Jones-Sawyer’s platform includes fighting for affordable housing, immigrant rights and an end to mass incarceration.

CCPOA is a labor union that advocates for the enhancement of wages and benefits for prison correctional officers. Its video, “The Special Message from the Executive Council,” is controversial.

CCPOA’s Executive Council State President Glen Stailey narrates the video declaring, “We’re going to demand that the increased violence and assault on peace officers are addressed and the perpetrators are held accountable to the highest degree.”

The video pans to a shot of a large lineup of photos, with the next frame showing Stailey pointing directly to the crosshairs target over a picture of Jones-Sawyer.

Stailey posted the video on Facebook, which was immediately inundated with a barrage of excoriating comments. The video was shortly thereafter taken down.

CLBC condemns such reprehensible content in their statement charging, “This video is a part of a cyclical pattern of intimidation and brutality toward African-Americans. Such behavior only further undermines the public’s trust and confidence in law enforcement’s ability to keep us safe.”

Jones-Sawyer, now concerned about the safety of his family, responded to the incident commenting, “I’m against police violence. And that’s not only police violence when it involves African Americans or Latinos, but also when violence goes against law enforcement officers. That act was a cowardly act.”

In light of the current movement for racial justice, the CLBC continues to push forward, hoping to “combat this vicious cycle of racism,” and “remain committed to authoring additional groundbreaking legislation aimed at keeping our officers and the public safe.”