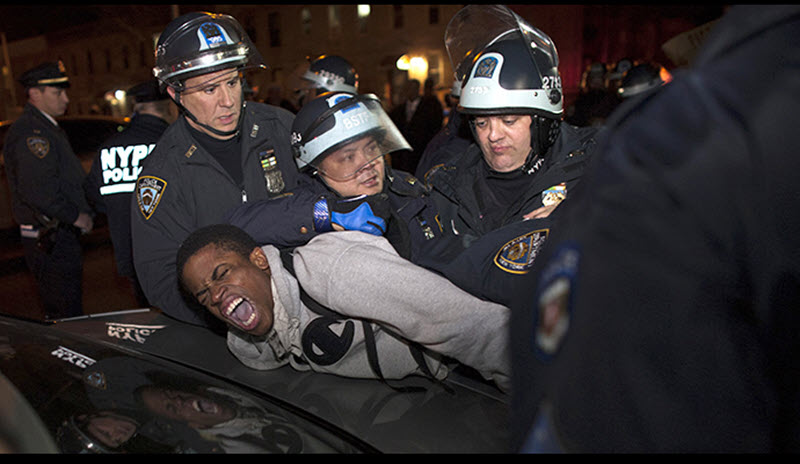 By Shwetha Krishnakumar and Kelsea Valerio

BOSTON – The Criminal Justice Policy Program at Harvard Law School recently published a report on racial disparities in Massachusetts’ criminal system, confirming long-standing criticisms and a multitude of research which found that Black and Latinx individuals are overrepresented in the incarcerated population of Massachusetts.

The study, undertaken at the behest of Supreme Judicial Court Chief Justice Ralph D. Gants, examined criminal cases that passed through the Massachusetts Supreme court between 2014 – 2016, where researchers had unparalleled access to state criminal records.

Examining the indictment and treatment of incarcerated people along every step of the judicial process (charges filed, adjudication, conviction and sentencing), the report data indicates that Blacks and Latinx consistently faced longer and harsher outcomes.

According to the researchers, a large percent of the racial disparity in the sentencing length could be attributed to the severity of the initial charges brought against Black and Latinx defendants. Although these charges may be bargained and reduced through the judicial process, the severity of the initial charges subsequently increase the likelihood of pre-trial detention, conviction, and longer sentencing.

The study found that police officers tend to stop, search and arrest more Black/Brown individuals than White individuals, and that Black and Hispanic drivers are more than twice as likely to have their car searched during a traffic stop.

These findings are consistent with other nationwide studies which conclude that as the disparity between traffic stop rates of Black/Brown individuals and white individuals “substantially decreases after dark”, making racial bias the most likely explanation according to the authors.

Citing previous studies that concluded that pretrial detention significantly increases the likelihood of conviction, of longer sentencing terms, and decreases future formal employment opportunities, the study determined that not only were Black and Brown people more likely to be detained, but upon detention, were slightly more likely than white defendants to be unable to make bail, thereby maximizing their detention time.

Additionally, the study found that bail amounts ranged an average of $5,000 more for Black people that they did for white people, and that they were more likely face unfavorable pretrial outcomes compared to White people.

In the particular case of illegal drugs and gun possession offenses, and accounting for controlling factors such as demographics, previous offences, severity of initial charges, etc, it was found that Black and Latinx individuals were more likely to be incarcerated with longer sentences than their white counterparts.

“The penalty in incarceration length is largest for drug and weapons charges,” researchers said, adding “offenses that carry longstanding racialized stigmas. We believe that this evidence is consistent with racially disparate initial charging practices leading to weaker initial positions in the plea bargaining process for Black defendants, which then translate into longer incarceration sentences for similar offenses.”

Researcher Felix Owusu further compared illegal drugs and gun charges to driving under the influence, a charge where White people comprise a greater proportion of the convicted, stating that while both have the potential to be deadly, diversion programs are more readily available to those charged with DUI convictions through which they can do classes, stay on probation and avoid formal incarceration & its lifelong consequences.

This option, contrastingly, is less available to those charged with illegal drug and gun possession charges.

In the conclusion, the researchers conclusively state that “differences in the severity of criminal conduct across races” cannot explain the “substantial racial disparities in incarceration sentences.”

It is the hope of officials that this deep dive analysis of criminal justice data provides a framework through which to understand the nature of ethnic and racial disparities in charging and sentencing, through which a correction can begin.