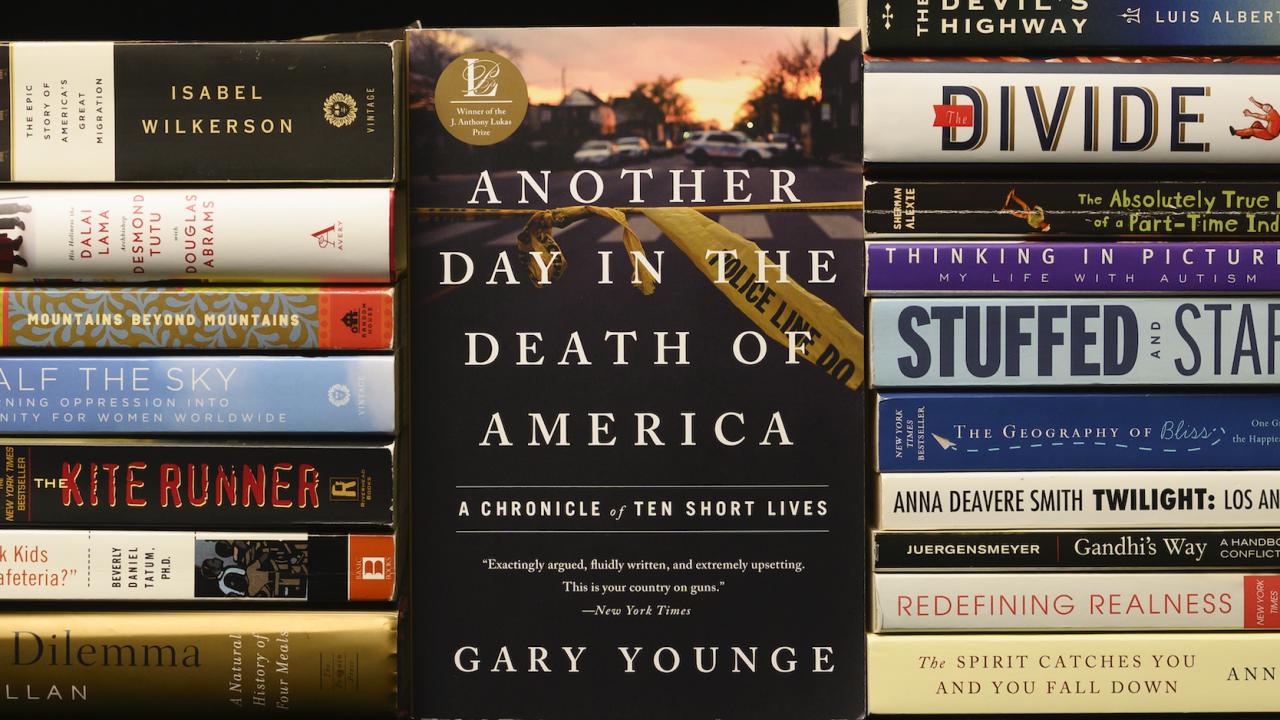 DAVIS – The Campus Community Book Project hosted a talk entitled The Adventures of Comic Book Readers vs. Genre Snobs: Fighting for Respect, discussing how comics give power to readers.

The event was held on Monday and highlighted the road that comics have taken to come to where they are today.

Speaker Karma Waltonen from UC Davis’ University Writing Program led the talk towards understanding the history of comics in order to understand the power modern-day comic books have.

In teaching comics and graphic novels, Waltonen liked to use examples that date back to the Egyptian period because they mixed words and images together as an artistic representation for their form of text, which can, in a way, be classified as the first graphic writing since the information was presented both ways.

Fast forward to the 19th century during the Romantic period, poet William Blake combined images and text that had not been done previously in English literature, because any illustrations before did not add anything to the story.

The late 1930s is when we get the more common comic books that filter into the category of patriotic superheroes and inch into American pop culture.

In 1938, we get the classic comic of Superman, who is brought to Earth as a child, but then embodies the values of America and becomes the defender of the nation.

Taking those comics into a historical light, the writers Jerry Siegal and Joe Shuster were Jewish, and the meaning of the name Kal-El

Once World War II took place, there was an increase of patriotic heroes filtering into comics that took to fighting the war, such as Captain America, who was fighting against Hitler.

During wartime, comic books were more of a form of propaganda to keep up the patriotic spirits and were even sent to soldiers. This helped the comic industry because the government was buying so many to include in soldiers’ rations shipments.

To also appeal to the younger generation, the main superhero would often have a sidekick that was usually quite younger – possibly even a child.

In the 50s, the comic book industry started to die down a bit because patriotic characters like Captain America were not needed until a bigger threat came about.

Even though the Korean War was taking place, it did not generate the same comic book treatment like World War II did.

This period created a shift in the more traditional values found in comic books, like what exactly a superhero is classified as.

In 1954, there was a court case that dealt with the plagiarism of Superman, and Judge Learned Hand determined a heroic character was someone who had a selfless pro-social mission and who often had dual identities.

Superheroes tend to have an identity considered to be normal and still protected their secret superpowers and advanced abilities.

Even when they embody their superhero identity, it is in a code name and a more iconic costume that expresses their origins and powers, which show the difference between the transformation of an ordinary person to a superhero.

The second shift in comic book history had to do with the ban in the 1950s in Great Britain over the course of four years because they considered comics as too violent.

This caused the origin stories of superheroes to change during the 1960s through the 70s.

Stan Lee, the creator of Marvel Comics, wrote superheroes as coming from some type of nuclear accident, which he based from the use of nuclear power being used in World War II and the fear of any other possible nuclear disasters that could happen.

One famous example of this would be Spider-Man, who gained his powers from being bitten by a radioactive spider.

Other forms of comic books such as Underground Comix, chose not to follow this new code, which meant they would not be sold in traditional places and comic book stores.

Underground comics tend to criticize older comics because of their racism or other problems.

In 1973, the Supreme Court declared that every community got to define what was considered obscene and what could and could not be sold, causing stress for comic book stores because the local community had the power to declare anything racy illegal to sell.

Towards the end of the 1970s, the term “graphic novel” started being used.

Books like “Swamp Thing” gave the main character a lot of psychological depth and showed others it was more than just a simplistic story.

Through the 1980s, more mainstream comics no longer followed the previous comic code.

Comic books and graphic novels have a way of telling the stories of reality and problems of violence to people all around the world. This form of pop culture can find ways to teach and educate readers.

Graphic novels can address historical issues and be a different form of an education tool to help others learn about new and exciting experiences.

Both comic books and graphic novels are more than just drawings with a simplistic plot to just enjoy – they can teach lessons and have more depth if people just took the chance to understand them and get rid of the predisposed stereotypes that they are only for kids and are silly forms of literature.