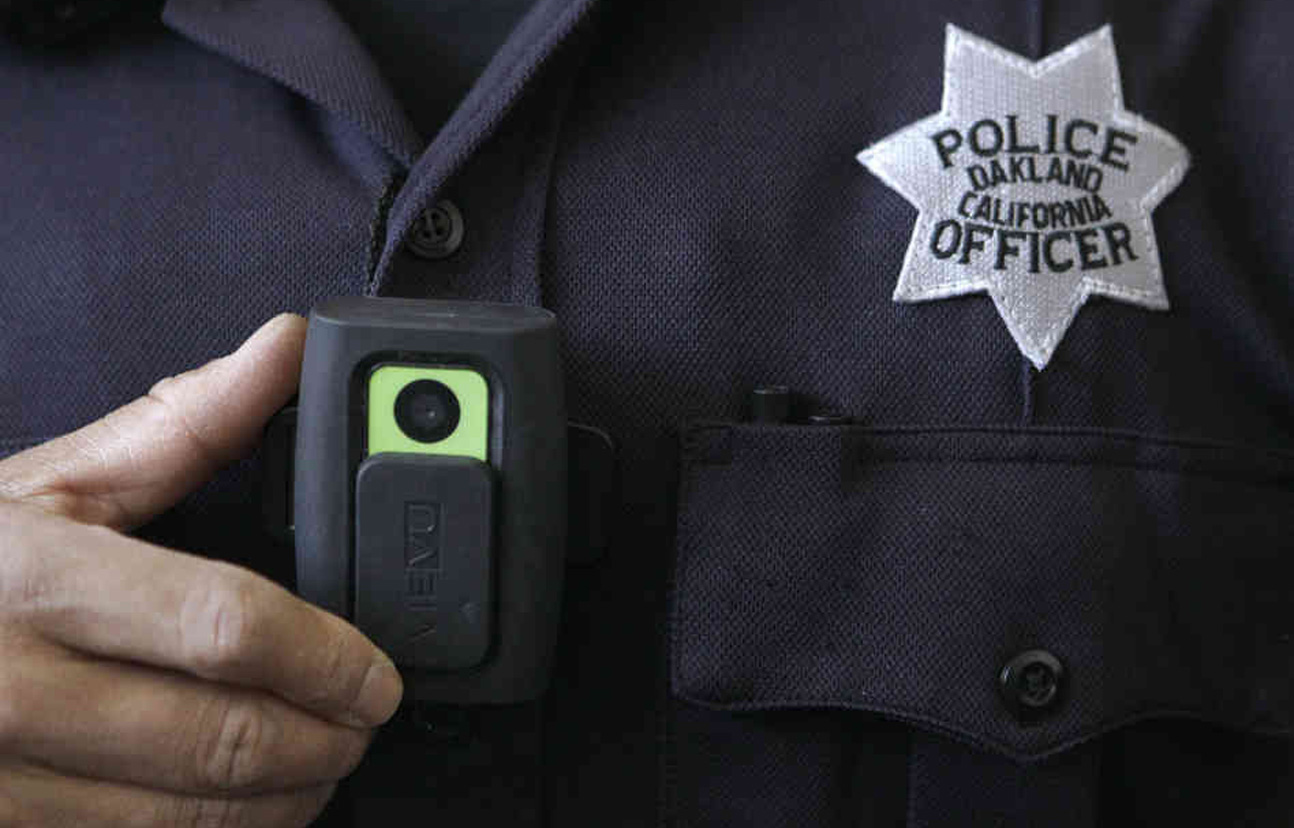 When the police are given the discretion to publicly release favorable body camera footage but withhold negative footage, police body cameras become nothing more than a police propaganda tool.

Over the past month, two high-profile incidents reaffirmed why police body cameras cannot serve as a police transparency and accountability tool as long as state law empowers the police to determine what footage the public gets to see. As we have said time and time again, when the police are given the discretion to publicly release favorable body camera footage but withhold negative footage, police body cameras become nothing more than a police propaganda tool.

The first such incident occurred on Nov. 19 in Omaha, Nebraska, where Kenneth Jones, a 35-year-old Black man, was pulled from the back seat of a car and killed by white police officers during a traffic stop. Despite having body camera footage of the incident, and immediate calls for transparency, the Omaha Police Department has refused to release the footage despite Nebraska’s strong tradition of open government. This decision, quite understandably, incensed the public. Omaha Deputy City Attorney Bernard in den Bosch, while acknowledging that “in the State of Nebraska, body cam videos are probably public records” nevertheless stated that “we have exercised our right to use the exception in the public records act to withhold them from public dissemination.”

Omaha Police Chief Todd Schmaderer took a different approach, saying that “I want to release the video” but

then claiming he could not because “the video is the most inflammatory piece” of evidence, and that “arguably, if you are going to taint the jury pool, it would be with that piece of evidence.” The Omaha Police Department even went a step further, suggesting that Nebraska state law prohibits them from releasing the footage until the conclusion of any grand jury work related to the recorded incident.

The chief’s claims are odd and suspicious for three reasons. First, when privately recorded videos of police conduct have been publicly released, they have had shockingly little impact on jury pools. Just ask the families of Eric Garner in Staten Island, New York or Daniel Shaver in Mesa, Arizona, where despite the release of graphic videos of their family members’ murders, the offending officers avoided any criminal liability. Second, the chief’s claim that state law prohibits him from releasing the footage is without merit. Even the local county prosecutor’s office told News Channel Nebraska that “nothing in the [state] grand jury law prohibits any police video from being released now.” Third, despite the chief’s claim that he was legally prohibited from releasing the body camera footage, he and his own police department went ahead and released several still images from the video — undermining all his previous claims.

All in all, the tangled web of strained and dubious claims by the Omaha Police Department are strongly indicative of someone trying to hide the truth; in this case, an unfavorable truth contained on body camera footage. But because Nebraska state law does not create an affirmative obligation to release police use-of-force body camera videos within a short time after an incident, the public has not seen the footage to date.

Contrast that with the second incident, which occurred just over two weeks later, on Dec. 7, in Tallahassee, Florida. In that case, the Florida State Police raided the home of former Florida Department of Health data scientist Rebekah Jones, who has alleged she was fired from her job for refusing to manipulate COVID data. Following the raid, Jones tweeted that the state police “pointed a gun in my face. They pointed guns at my kids.” The tweet, which included a privately recorded video of the police entering Jones’ home, was picked up by the local press.

In that case, like the case in Omaha, the police were wearing body cameras. Similarly as well, Florida’s body camera law, like that in Nebraska, does not require the immediate release of body camera videos that contain police uses of force, like entering a person’s home with guns drawn. However, in the Florida case, police body camera footage appears to show the state police acting in a more restrained manner than Jones was alleging. As a result, in what CNN properly noted to be a “rare move”, the state police released the body camera footage publicly, and they did it quickly. Transparency prevailed, but only because it favored the police.

If police body cameras are ever to become a real tool for promoting police transparency and accountability, release of footage that captures uses of force or alleged police misconduct should be quick and automatic. Further, as the ACLU’s model state body camera legislation states, “where a subject of the video footage is recorded being killed, shot by a firearm, or grievously injured, [release of the footage] shall be prioritized and the requested video footage shall be provided as expeditiously as possible, but in no circumstances later than five (5) days following receipt of the request.” States that do otherwise, either by leaving the release of critical footage to law enforcement discretion or by erecting laborious and costly legal hurdles to accessing important footage, should drop the ruse that they care about police transparency or the safety of their Black and Brown constituents who are so frequently the targets of police misconduct.