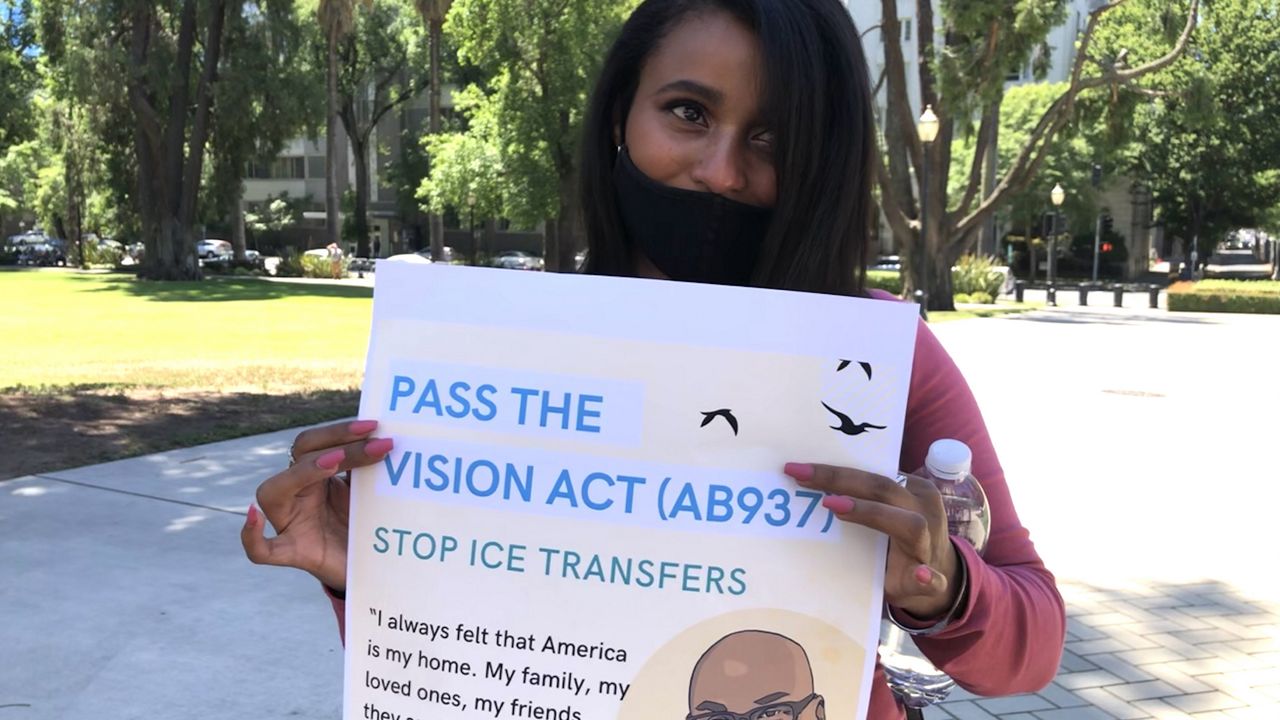 Special to The Vanguard

SACRAMENTO, CA – California Assemblymember Wendy Carrillo’s AB 937 – the VISION Act – was approved by the Senate Appropriations Committee this week, and heads to the Senate floor with a vote due by Sept. 10.

The VISION Act would ensure that once a person has earned release from state prison or local jail, they cannot be transferred to abusive and possibly deadly ICE detention, and instead are able to reunite with their loved ones and rebuild their lives.

This includes a person who has completed their sentence, been granted parole, had charges dropped, or been granted release by a judge.

A recent poll conducted by UC San Diego’s U.S. Immigration Policy Center found a strong majority of California voters support the bill and the principles behind it, with two-thirds of voters backing the VISION Act and 8 in 10 voters agreeing that regardless of what country a person was born in, they should be released from prison or jail after completing their sentence.

The following is a statement from the ICE Out of California Coalition, the statewide group co-sponsoring the bill:

“In hearings, rallies, media interviews, and even zoom meetings with legislators, community members harmed by ICE transfers and their loved ones have moved hearts and minds, building powerful momentum across the state. A solid majority of California voters agrees that double-punishment is wrong, and that when people have completed their sentences, they should have the opportunity to return home and rebuild their lives – no matter

where they were born.

“With strong support from a growing coalition of 27 legislative co-authors and 180 grassroots groups, labor unions, faith groups, local governments, and now, voters, it’s clear the VISION Act reflects California’s values of equality and justice. It’s time for California to end ICE transfers once and for all by passing the VISION Act.”

Community members who have experienced the pain of ICE transfers, including incarcerated firefighters Phi Pham, Bounchan Keola and Kao Saelee, domestic violence survivors Gabby Solano and Liyah Birru, community leaders Carlos Munoz and Joe Mejia, and many others, have led efforts across the state to advance the VISION Act,

Several city and county governments are backing the bill, as are District Attorneys of Los Angeles and San Francisco Counties. The Alliance for Boys and Men of Color estimates that transfers to ICE of people eligible for release from local jails alone cost $7.3 million dollars in 2018 to 2019.

People in prison and detention are disproportionately Black and Brown due to structural racism and are often survivors of abuse. While only seven of non-citizens in the U.S. are Black, Black immigrants made up 20 percent of people facing deportation on criminal grounds in the U.S. in 2016.

Eight counties in California have already ended the unjust practice of transferring immigrant community members to ICE, as have Illinois, Oregon, and Washington, D.C.

Share:
Tags:ICE DetentionsImmigrationVision ActWendy Carrillo
Previous : San Diego Newspaper Criticizes Sheriff’s Dept. and Its Own Reporting about a Deputy Who Claimed He Suffered from Fentanyl Overdose on Job
Next : Guest Commentary: The Remain-in-Mexico Policy is Illegal and Unspeakably Cruel