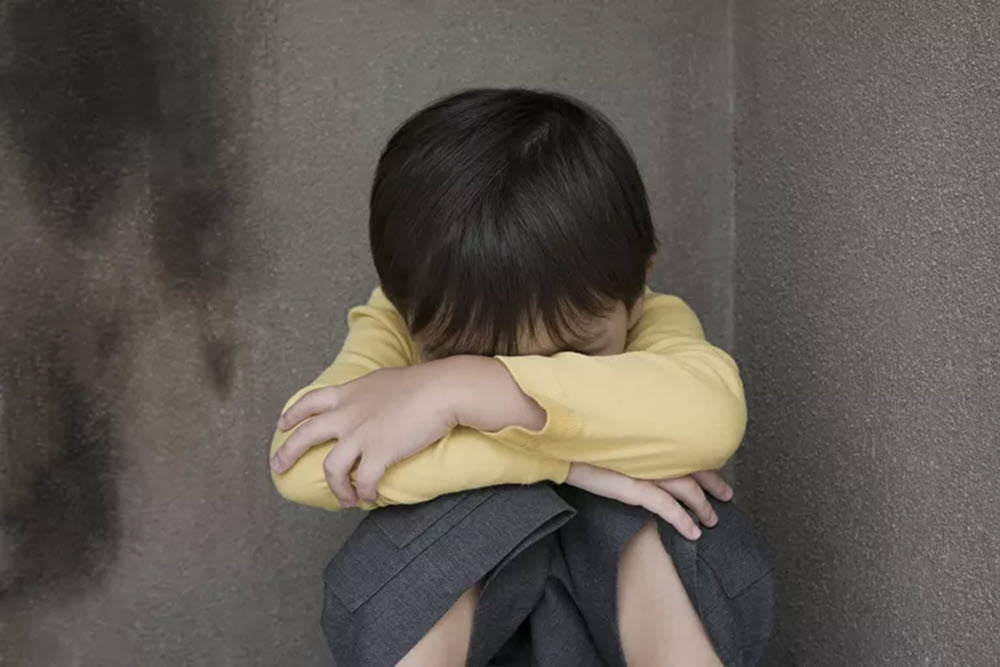 When a civil war erupted during times of poverty and instability in my native El Salvador, I was removed from first grade and forced to go out into the streets to hustle to feed my family. At seven years old, I was exploited and exposed to unbelievable violence by the uncaring attitude of those who were supposed to protect me.

During those days when little Edwin was sent out to sell bubble gum or anything that I could make money from, I witnessed random gun battles and people being killed — both combatants and innocent bystanders alike. I don’t know how many times I walked over or around the dead bodies of those who had encountered a violent fate.

The streets were literally a war zone, but my stepfather didn’t give a second thought about sending me out to bring home a few miserable coins. My stepfather didn’t care about my safety or well being. At that young age, I could only guess that he wanted something horrible to happen to me, and couldn’t understand why he hated me so much.

I was scared and confused every morning when I was sent out into the streets. Every single day, I was terrified. I ended up being in the middle of running gun battles between the rebels and military as the rebels laid siege to the

pueblos, or small towns. All I wanted to do was sell bubble gum.

Terrified of stray and aimless bullets, I was forced to run many times, desperately seeking shelter. Others were not so lucky.

I continued to go back out, and at the age of nine I was kidnapped and raped by the rebels and left for dead in a corn field. I was used as if I were an object, not a child, not a human being at all. Then I was discarded like trash while there was still life in me.

After that, I was afraid all the time. I lived in fear. I was afraid to tell anyone, especially my stepfather, who only cared about whether I brought money home. And I was afraid to go back out into the streets to make that money.

Every day was a struggle between which one I feared most. I didn’t want to get beaten or punished for what had happened to me, and quickly internalized the trauma because I had no external outlet. I blamed myself for the attack and felt dirty and ashamed, unwanted and unloved, powerless and insignificant. My so-called protector was completely oblivious and continued to put me in harm’s way.

The trauma and abuse desensitized me and made me callous and I found myself in a self-destructive spiral of self-pity. All I wanted to do was die.

I felt isolated and alone in the world, trying to understand how and why someone who was supposed to love and protect me could allow his child to endure such hurt. I grew to resent my stepfather for failing to recognize my pain. I was also beginning to hate myself for being so afraid to tell him.

At 13, I was brought to the United States, with all this childhood trauma as baggage. I felt disconnected from my new world. I was oblivious to love and affection; my mother didn’t know how to handle me. I was full of resentment and I blamed her for all the abuse and neglect I had been through.

“If my mother had not abandoned me, none of this would have happened,” I thought.

My older brother, Gabriel, happened to be in a gang. Our parents worked for the most part and left the task of parenting to my older brother, Marcos, who was a child himself.

When I was 16 years old, Gabriel — who I used to look up to and secretly wanted to be like —  killed a rival gang member. He was 17 years old. He was arrested and taken away. The victim was about 10 years older than my brother. As older gang members retaliated by shooting up my house, on multiple occasions, me, my mother, father Archie, and my younger siblings were terrified, scared, and confused.

My mother sought help from the police. They told her, “Why won’t you go back to where you came from?” I started fighting in school again with the same gang that had shot my house. Although I was not yet a member of any gang, they used to jump me, and I did what I could to fight back and defend myself. I got tired of always being picked on.

Around this time in my life I was being physically, emotionally and psychologically abused by my own mother. She was very moody and always on edge, ready to explode. She left the father-figure role to Marcos and he and I began to fight. Some of the teenagers I used to be friends with distanced themselves from me because it was not safe to be around me.

In my twisted mind, I started to lean on the idea of being a real gang member, to earn respect and be feared.

I began hanging around older gang members. I felt alone and these guys made me feel protected. I became an Eighteen Street gang member. At 17, it got so bad that my mother transferred me to another school district. My crimes had escalated from stealing candies from liquor stores to stealing car radios, and then the whole car.

I was involved in rival gang fights because I no longer wanted to continue to be that victim. I felt I had been victimized long enough. I was resentful, angry, alone, confused, and had a self-destructive attitude. I had to be taught, so what better way to show that I was than by fighting others and making them victims; I was now the victimizer. I was fulfilling my need for acceptance and attention that I desperately wanted from my anti-social circle.

Our communities are being destroyed by gangs and drugs. Children are being manipulated by those who have spent their entire lives on the dark path, killing and destroying the dreams and hopes of our tomorrows. They’re polluting the minds and hearts of our youth under the false pretense of love and acceptance, which many of us lacked at home from our parents or guardians.

Many years have passed, and I am now at San Quentin State Prison, working through all of this, moving toward healing and reconciliation. As part of this journey of introspection, I reached out to others with whom I felt comfortable and shared my childhood story.

Among my peers, there are many like me, who were either minors or youth offenders when they committed the crimes that brought them to prison. I have always wondered whether they too had experienced traumatic events that left long-lasting scars on their lives. I wondered if the abuses they suffered contributed to a desperate need for acceptance, to paralyzing confusion, to irrational fears, to an inability to express themselves, and to the impulse to rebel against authority.

I have been shocked and saddened by the number of people I’ve come into contact with who have stories similar to my own.

“My parents were drug dealers, and growing up, I was exposed to the harm and danger drugs can bring,” said Rafael Bravo, who is 30 years old and has already been incarcerated for eight years.” I experienced an assault on my family when some men were after my parents’ drugs and money. As a kid, I didn’t know how to cope with so much fear. To me this defines child endangerment.”

Some of my peers were raised in gang-infested communities, where drugs and crime were normal. They got involved in gangs trying to survive and impress their older peers without appreciating or thinking about the consequences.

“My older brothers took me on what I thought were adventures, but now know that it was criminal escapades,” said Aaron Martin, 54, who has been incarcerated for 30 years. “They knew better and should have set a better example.”

I was surprised to learn that the way we reacted to abuse brought us all to prison at an early age.

“Experiencing violence affected me in many ways. Living in fear resulted in me having a lot of suppressed anger,” Bravo said.

Fighting and showing aggression towards other kids, and even during my earlier years in prison — as a way to show or gain control in my life — was the only way that I knew how to express my pain, guilt, and shame.

Now I have embraced all my pain and sadness, and decided to release it by accepting that past. I have not only forgiven those who have harmed me, but I also forgave myself so that I can move forward in my life.

I now understand that there is a better outlet to any feelings or emotions that one may want to escape from. Courage is not being a follower, it is asking for help and allowing yourself to be vulnerable by sitting in the fire, as we say it here at San Quentin.