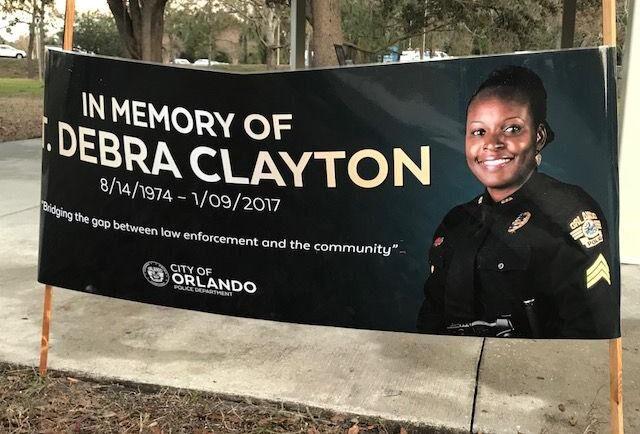 By Helen Greenia and Gina Kim

ORLANDO, FL – It was the eighth day of jury selection Tuesday here in the murder trial of Markeith Loyd, Jr., 46, who allegedly killed Orlando Police Lt. Debra Clayton on Jan. 9, 2017.

This is Loyd’s second first-degree murder trial; he was already found guilty in 2019 of shooting his ex-girlfriend Sade Dixon and her unborn child.

According to Law and Crime Network, Loyd—who said he was beaten by officers and “lost” an eye—pleaded not guilty to four charges: carjacking with a firearm, possession of a firearm by a convicted felon, aggravated assault with a deadly weapon, and attempted murder of a law enforcement officer.

The trial was originally scheduled for May of 2020. Hearings are just now taking place because of pandemic delays.

Prosecutors argue Loyd attacked Clayton at a Walmart after she attempted to arrest him for Dixon’s murder.

A customer recognized Loyd’s wanted profile and alerted Clayton who was at the store in her uniform during the time. There, the shootings took place. Security footage that was not released to the public shows Clayton running after Loyd in the parking lot, where Loyd then pulls a gun from his waist.

Loyd was on the run for nine days. Four police officers eventually found him at an abandoned house in Carver Shores. During his arrest, officers are alleged to have violently beaten Loyd—punching, kicking, and hitting him with their rifles’ muzzles.

The defendant lost an eye and suffered brain damage following the altercation.

He was held under interrogation for more than an hour at police headquarters, with injuries left untreated until his hospital visit. Later, he was transferred to the Orange County Jail and scheduled for a hearing the following Thursday.

In a letter to News 6, Loyd wrote that the officers “tortured [him] and took [his] eye” when he was brought into custody.

All officers were exonerated for violating OPD’s force arrest policy.

“It was determined that their actions were reasonable in their attempt to apprehend and effectively gain control of the suspect they deemed resisting during a lawful arrest,” wrote Investigator April McConnell.

Police claim Loyd shot Clayton in the thigh, and she returned fire by hitting Loyd in the chest. Autopsy reports reveal she was shot four times.

In his letter, Loyd wrote, “This never had to happen, but the investigator and police had a hidden agenda, and that blowed up in (their) face and now they want to place blame on me cause I was fighting for my life from a system that was hell bent on killing me,” Loyd wrote.

Loyd’s attorney argued that Loyd shot the police because he is insane, believing they were trying to kill him. In the first trial, Loyd testified to suffering from delusions and post-traumatic stress disorder. During the murder of Dixon, he told the jury he was in “warrior mode” when he shot her after she pulled a gun on him.

The defendant’s insanity request will be considered again, this time while deliberating the death penalty. Loyd already serves a life sentence for the murder of Dixon.