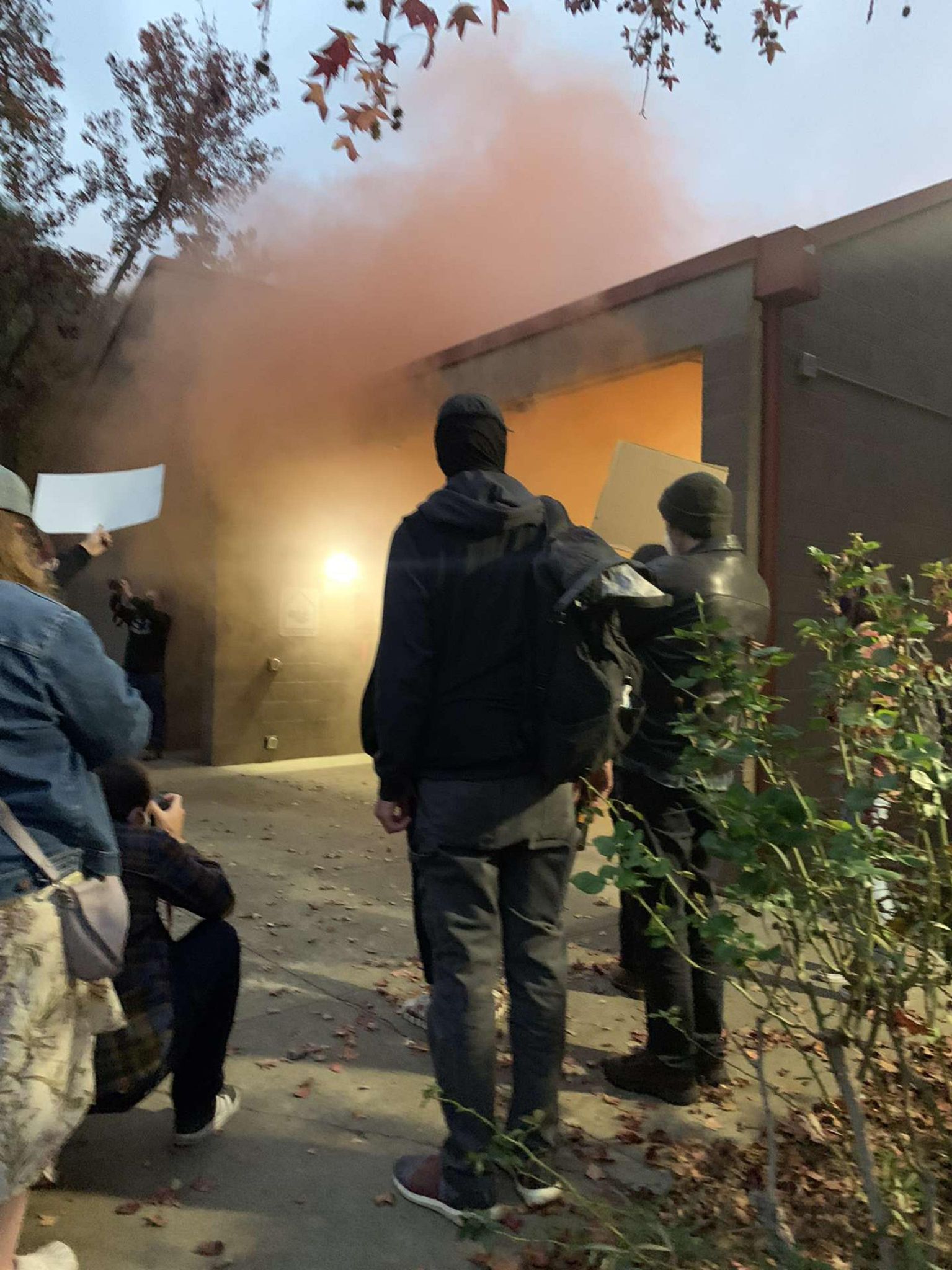 On November 18th, there was an anti-police riot on the University of California, Davis, campus. A group called UC Davis Cops off Campus led the riot, which involved vandalism, threats, intimidation, and the use of a smoke grenade and/or a flare.

The Yolo County Republican Party condemns the riot, as we condemn all political violence. Unfortunately, UC Davis Chancellor Gary S. May has not condemned the riot. He sent out an email on November 19th, the day after the riot, mentioning COVID-19,

Fall commencement, and an interview he conducted with San Francisco Mayor London Breed, but not the riot. It is verifiable that Chancellor May knew about the riot. Why? Because, on an Instagram post on his Instagram account, he disabled comments after some students asked him what actions the University will take against the perpetrators.

Like these students, we too wonder what actions will be taken against the perpetrators of the political violence on November 18th. Will UC Davis file charges against those who committed crimes? Unfortunately, we are doubtful that they will, as a lack of acknowledgement points to an unwillingness to take any action. The likely prospect of inaction makes us, as taxpayers and law-abiding citizens, angry; afterall, we are the ones who subsidize education at UC Davis and will have these criminals in our communities when they get out of the University.

19 thoughts on “Letter: UC Davis Riot Must Have Consequences”