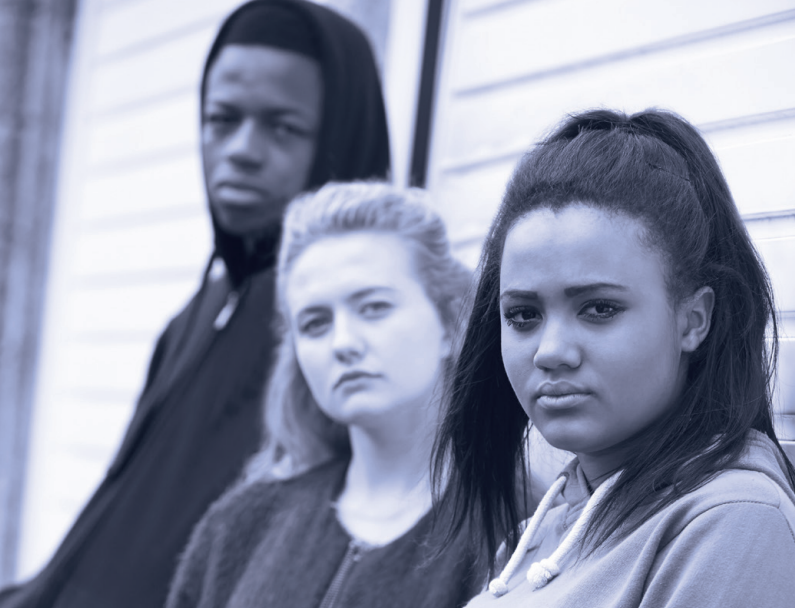 Berkeley, CA – An increasing amount of research has created awareness that court imposed fees puts an extreme financial hardship on those least able to pay, and more and more states and local governments are shifting away from such fee structure.

A new policy brief released this week by the nonpartisan California Policy Lab (CPL) finds that Alameda County’s decision to stop charging fees to youth who are on probation dramatically reduced the likelihood and amount of financial sanctions being levied against their families.

“Most juvenile justice agencies in the U.S. impose fees on families to offset the cost of their child’s legal representation, detention, and supervision. Unlike other types of monetary sanctions, like fines and restitution, fees are not intended to punish defendants or repair survivors,” the report noted. “Instead, fees are imposed to recoup administrative costs.”

However, advocates have increasingly highlighted the harm caused by such monetary sanctions and have called for fees to be repealed.

Increasingly, state and local governments acknowledging these harms have trended toward the repeal of fees charged in the criminal justice system.

While fees were no longer imposed in Alameda County following the repeal taking effect in 2016, the researchers found that the probability of any monetary sanctions being imposed (including fees, fines, or restitution) dropped from 76% in the pre-repeal cohort to 54% in the post-repeal

cohort, a decline of 22 percentage points.

After the fee repeal, the authors estimated that the amount of monetary sanctions charged per family dropped by 70%, a difference of $1,583.

“There’s been growing concern that levying financial sanctions on youth and their families can have harmful effects,” explains Jaclyn Chambers, a co-author of the research and a PhD candidate at the UC Berkeley School of Social Welfare. “Our research quantifies the financial impacts Alameda County’s policy change had for families and should be helpful for policymakers in other jurisdictions who are also working to reform their juvenile justice systems.”

“Alameda County was the first county in California, and one of the first counties in the nation to stop charging these juvenile administrative fees,” explains Professor Jennifer Skeem, a co-author of the research who directs the Risk Resilience lab at UC Berkeley. “Families were facing an estimated $2,256 in overall sanctions before the fee repeal, compared to $673 after it took effect. That’s a big difference for individual families—and it was achieved by eliminating only one type of sanction.”

According to the report, Alameda was the first county in California and among the first in the nation to repeal all juvenile administrative fees.

Prior to the repeal, Alameda County assessed fees ranging from $7 to $300, these included:

“On average, these fees totaled nearly $3000 per family,” the report found.

The researchers found there was not an increase in levying other sanctions, like fines, in an attempt to make up for the lost fee revenue. The likelihood of fines being imposed was 8 percentage points lower in the post-repeal cohort as compared to the pre-repeal cohort (decreasing to 51% from 59%). And when fines were imposed, the total amount of fines was estimated to be $18 lower for the post-repeal cohort.

“While these administrative fees were levied against youth who were on probation, we know that it was usually the parents and families who were already economically challenged who were bearing the financial burden,” explains Wendy Still, who was the Chief Probation Officer for Alameda County from 2016 through April 2021. “It’s gratifying to see that the fee repeal significantly reduced the financial burdens on families and I’m hopeful that jurisdictions in other states will move forward on reforming their systems as well.”

Previous research has found that families are often unable to pay the administrative fees they are charged and that this dynamic is often magnified for families of color. In Alameda County, research also found the fees netted little or no additional revenue for the county after accounting for collection costs.

The report concluded, “We found… that fee repeal meaningfully reduced the financial burden placed on families during their children’s terms of probation and…  that fee repeal did not significantly increase the use of other monetary sanctions such as fines.”

They add, “We have shown that fee repeal can substantially reduce families’ financial obligations to the justice system, without shifting to other monetary sanctions to replace the lost fee revenue.”