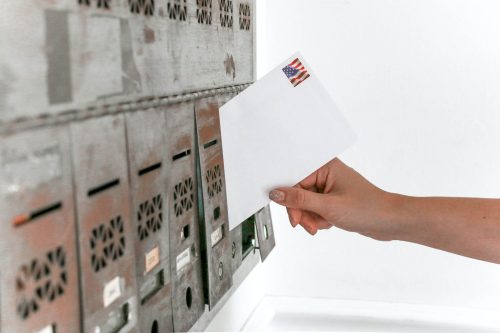 SACRAMENTO, CA-  In the most recent presidential election, it was reported that roughly three million people in the state of California who were eligible to vote had not been registered. In terms of statewide elections, since 1972, California has had fewer than 60 percent of eligible voters exercise their right to vote. Recently, Assemblymember Cecilia M. Aguiar-Curry, who represents Davis and Napa up to past Clearlake, introduced Assembly Bill 2576 which aims to increase voter registration in underperforming counties and strengthen civic engagement throughout California high schools.

Historically, unregistered eligible voters have been disproportionately the most marginalized members. This includes those who are at low-income levels, people of color, and the formerly incarcerated.

With regards to the incarcerated, in 2016, California had restored voting rights to people who were serving time for a felony conviction in jails, however, those who were in prison continued to not be able to vote. Additionally, that same year officials authorized persons sentenced to prison to be released to probation rather than parole, affirming voting rights for residents under felony community supervision. In 2020, Proposition 17 was passed and gave Californians on parole the right to vote. Proposition 17 restored voting rights to approximately 50,000 parolees who were disqualified to vote until both their incarceration and parole were completed.

“Voting is the most basic right and responsibility in American life,” Assemblymember Aguiar-Curry noted. “There is no excuse in 2022 for large numbers of eligible voters to remain outside the system. We can do better. Our democracy is most vibrant, and safe, when more people participate in choosing the people who represent them. And, as we strive to include those who are eligible, we need to do a better job of exciting our young people about the opportunity to be the next generation of voters and leaders. For them, we need to make voting and community engagement an accessible habit.”

AB 2576 aims to create civic learning, outreach, and engagement funds for the secretary of state which will provide additional support to counties that have had low voter registration rates.

Furthermore, AB 2576 also offers these counties the opportunities to conduct outreach and education that is catered to the unique needs of the communities they serve. Additionally, the bill will continue to increase civic education and engagement for young people within the high school system.

According to a report by the California Task Force on K-12 civic learning in 2014, civic education has been a current issue amongst many students. For example, in a survey of 2,366 high school seniors, it was revealed that just 60 percent could correctly answer questions that tested their knowledge on current political issues and the structures and functions of the government. Additionally, less than half of California high school seniors who participated in the same survey viewed themselves responsible for being actively involved in state and local issues.

“There is not a magic [power] that comes down on your 18th birthday and hits you with a wand and says, ‘Now you are a great citizen, go out there and do it.’ You have to teach this, it has to be part of the culture of the school from kindergarten through 12th grade,” states Robert Ruckman, a teacher at Arvin High School in Kern County.

“Assembly Bill 2576 is an important first step in transforming the promotion of democracy across the state,” commented Jesse Salinas, Yolo County’s Registrar of Voters. Salinas also highlighted the importance of expanding California’s State Seal program, a program which awards high school students who have demonstrated understanding of civics and government, through AB 2576. “With California’s adoption of the State Seal of Civic Engagement in our schools, we have a unique and powerful opportunity to create new and innovative partnerships between Registrar of Voters and educators that will increase registration and voter participation among future voters for years to come.”

Share:
Previous : Proposal to Unname UC Berkeley’s Moses Hall on Grounds of Namesake’s White Supremacist Views
Next : Drugs for Sale or Personal Use? Judge Determines Jury Should Decide at Trial