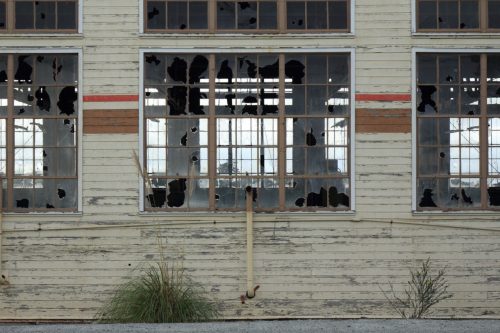 MONTEREY, CA – Two California federal congressional representatives, Katie Porter (D- Orange County) and Jimmy Panetta (D-Monterey), have asked the federal government to conduct an updated study into the presence of potentially toxic drinking water at Fort Ord, a former Army base east of Monterey, that could be linked to rare diseases and cancers in veterans. The last official study was more than 25 years ago in 1994.

Hundreds of veterans who were stationed at Fort Ord raised concerns after they were diagnosed with cancers and rare blood disorders such as multiple myeloma. They connected through Facebook and learned about their similar diagnoses, and the search for answers began.

The Department of Veterans Affairs has repeatedly denied these veterans disability and medical benefits, despite their claims that their diseases were caused by the chemicals found at Fort Ord.  According to the Associated Press, veterans who were stationed in or nearby Fort Ord have a 35 percent higher rate of multiple myeloma diagnosis than the rest of the U.S. population.

Fort Ord is a former U.S. Army post on Monterey Bay that was established in 1933. At the time, it was considered an ideal location to be stationed due to its proximity to the ocean and forests. By 1990, though, the location was listed as one of the most polluted places in the nation according to the Environmental Protection Agency.

After closing in 1994, the Fort Ord Reuse Authority has been in charge of mass cleanup of the area. According to the EPA, the groundwater and soil has measurements of volatile organic compounds in various locations, and lists Fort Ord as a Superfund site, a contaminated site marked for cleanup.

Today, a small portion of the station still remains as an active military installation, and the areas surrounding the base are home to a small public university, as well as several popular hiking trails.

In a letter to the director of the Agency for Toxic Substances and Disease Registry, Porter and Panetta argued, “By conducting a new study at Fort Ord, we may guarantee that those harmed while serving our country get the medical care they need.” Hundreds of veterans have shared experiences with rare blood disorders and cancers, yet it is still unknown how many could have been affected.

While the Department of Veterans Affairs claims that the concentrations of toxins are tiny and far below the levels of immediate poisoning, they still admit that there are dangers that exist for the military personnel and veterans exposed to contaminants.

In the history of Fort Ord’s use, the military claimed that there were no health problems associated with serving at the location, alongside hundreds of other military bases. However, following the closure of Fort Ord, as well as several other polluted military bases, widespread toxic pollution has been exposed and prompted cleanup. Dozens of stations including Fort Ord have contaminated groundwater, yet the Department of Veterans Affairs has only acknowledged the possibilities of health issues at a single U.S. base: Camp Lejeune in North Carolina.

In 1991, the Army investigated what had been disposed of into the Monterey Bay that the station overlooks, and found that the amount of trash was similar to that of a small city. However, the Army officials did not mention the toxic paints and solvents, particularly trichloroethylene or TCE, a known human carcinogen, that were also present. TCE is still in high concentrations for drinking water in the aquifer where the trash and toxins had been dumped.

In reports investigating the location from 1985-1994, Army officials claimed that, although TCE was detected 43 times in Fort Ord’s wells, the contamination was within a safe range for drinking water. In reality, according to the Associated Press, 18 of the areas exceeded safety limits, one of them being five times the legal amount.

According to the Associated Press, “The AP’s review of public documents shows the Army knew that chemicals had been improperly dumped at Fort Ord for decades. Even after the contamination was documented, the Army downplayed the risks… Contractors initially brought in to clean up the contaminated groundwater were warned not to tell community members what they found in their drinking water, specifically not the news media or even local public agencies, according to a 1985 military memo.”

One Army official claimed to several local papers in 1985, “There have never been any test results that indicate that Fort Ord’s water was unsafe.” However, as more modern research and scientific discoveries have emerged in the last 25 years, the Army’s claims that the present toxins’ levels of contamination are safe are likely to be false.

In 2020, in the midst of an ongoing technical investigation since 2017, the environmental coordinator of the military’s local Base and Realignment and Closure office, William Collins, claimed that the chemicals present now and in the past are not in large enough quantities to be harmful. However, the reports and claims by the military contradict tests and reports from other sources.

While the technical investigation does not mention the presence of TCE, it does confirm the presence of PFAs, or perfluoroalkoxy alkanes, which are used for medical equipment due to their extreme elasticity and resistance to chemical attack. According to the Monterey County Weekly, “The U.S. military’s use of firefighting foam containing ‘forever chemicals’ known as PFAs has left a legacy of toxic contamination at hundreds of bases nationwide.”

Collins claimed, “The good news is that where we found PFAs, it is being removed,” and that the PFAs did not reach the water supply. However, he did not acknowledge the presence of other toxins such as TCE.

In order to assist the hundreds of veterans who have potentially been harmed by this historically polluted site, Porter and Panetta call for a new, updated study on the environmental safety of Fort Ord to reveal the full extent of the damage.