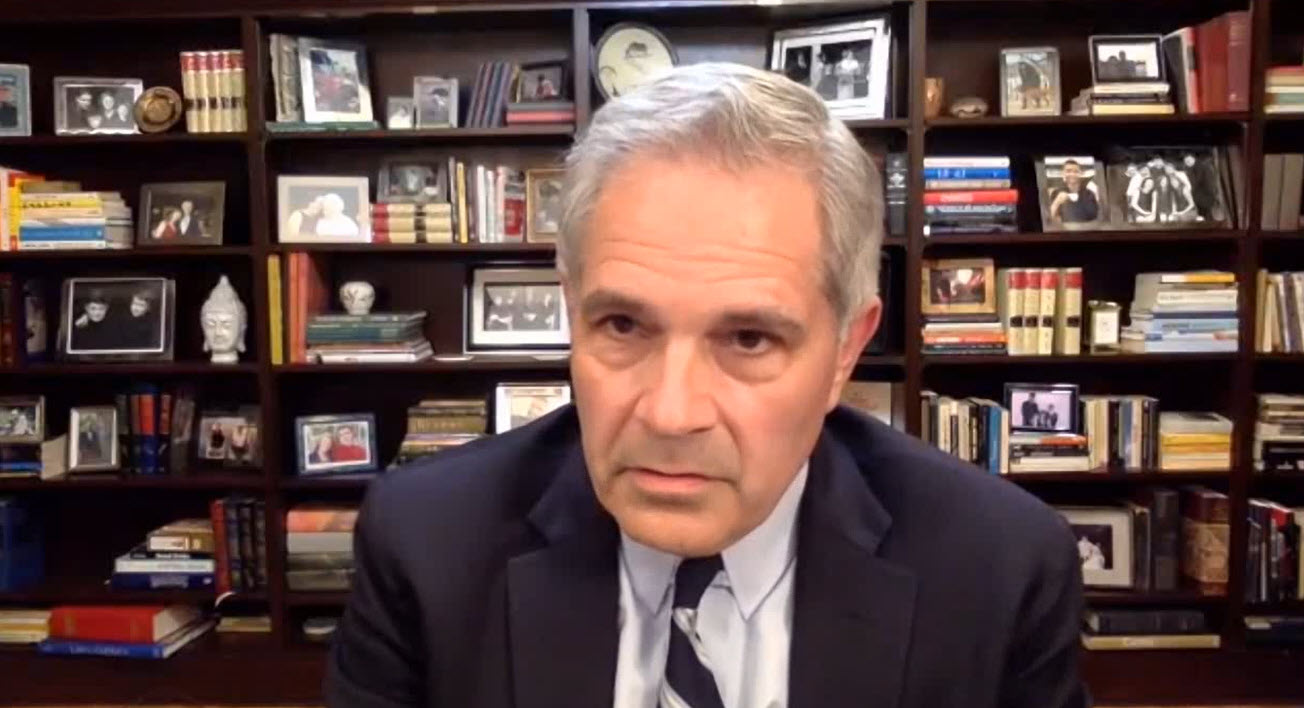 He added, “There is no political party in the United States that is as successful as the one you’re looking at, which is the progressive prosecutor party—if you want to call us that—nobody can match that.”

While San Francisco DA Chesa Boudin faces a recall vote next month and LA DA George Gascón is facing a recall drive, it is important to remember that these are only the latest attempts to thwart progressive prosecution and criminal justice reform.

Before them, both Kim Foxx of Cook County (Chicago), Illinois, and Larry Krasner of Philadelphia were elected and faced various efforts to push back.  The four of them were part of a discussion on Tuesday about efforts to reform the criminal legal system.

Krasner was one of the first of the wave of progressive prosecutors and the state has done everything to turn back the tide of reform.  But even with a well-financed opponent backed by the police union, Krasner still prevailed with nearly two-thirds of the vote.

“So what do they do when they cannot beat us in elections?” Krasner asked.  “Number one, they try to end democracy because elections are not working for them. And number two, they recall, they recall George. They recall Chesa. They recall in Virginia, they’re doing it right now. Any state where they can do it, they’ll do it.

As he was speaking, his office was preparing to secure the election for one of the most watched primaries in the country on Tuesday.

He then said provocatively, “The way that we are going to do it is somehow slowly we’re going to convince our colleagues in the Democratic Party that instead of running away from criminal justice reform, they better run at it and hug it as hard as they possibly can, because the reality is, Donald Trump knows how to turn out Duck Dynasty and a bunch of guys with long beards who want to kidnap people. And if Democrats don’t stop acting like it’s the Clinton era and rejecting progressives and rejecting criminal justice reform, then they will not turn out the sensible and progressive and young and broke and Black and brown votes that they need to beat this bunch of fascists.”

He said this starts with Chesa Boudin and George Gascón “and our colleagues in Virginia who are being recalled as well.”

He said, “She (Kim Foxx) was outspent five to one, and she beat that bum by 20 percent.”  He said, “The people want what we have and that’s why other people are trying to steal away what the people want.”

Krasner argued, “The people are 100 percent with us.  It is the institutions that are not ready to embrace,  It’s getting better, but it’s media. It is the mainstream political parties that should be supporting us. It is judges. Although that changes, you know, this is a great social justice movement. Like any other, it takes a few decades. Let’s just say maybe 30 years. We’re in a crucial part of that success, which is we’ve gotten to the point where they vigorously fight us.”

He argued that they figured out that “they can’t beat us in the ballot box.”

“So what are they going to do now?” he asked.  “Let’s find a way for 15 people to cause a new election for Chesa. That’s what they’re trying to do.”

He continued, saying “it is absolutely essential that we not be back on our heels. The democratic party in the United States has been playing Republican light ever since at least bill Clinton, if not before that. People do not want Republican.”

He predicted that John Fetterman would win the Democratic nomination for a key Senate seat.

“This is a guy who is a political outsider in many ways, an anti-politician.  He flew a flag with a marijuana leaf on it from the State Capitol as Lt. Governor, when everybody thought that was nuts, five, six years ago,” he said.  “He is about to win by 30 points over the Clinton era candidate.”

He said, “And the reality is we have had to do this on our own. We have not always been kissed and embraced by the mainstream democratic party. It’s one of the institutions that we have to modify. We have to change. It’s just not immediate.”

He predicted that both George (Gascón) and Chesa (Boudin) “are going to get through it.

“I believe in my heart that what is going to happen, is when the people get to say what they want to say, at the end of the day, they’re going to say, we wanted it,” he said.  “This is part of the normal process of a social justice movement.”