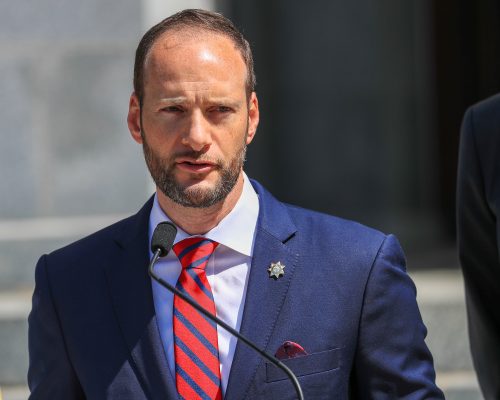 By Catherine Potente and Alexander Ramirez

SAN FRANCISCO, CA –James Andrew Ahrens, Controller and Chief Financial Officer at the nonprofit organization Partners in School Innovation (PSI), has been charged with grand theft and forgery after embezzling money for his own personal use, according to a statement from the San Francisco District Attorney Office.

The nonprofit organization is known for supporting educators and helping them improve their schools and districts in order for low-income students of color to succeed. Ahrens has worked as the Controller and Chief Financial Officer for PSI since 2012.

While working for PSI in the San Francisco office located at 1060 Tennessee Street, Ahrens oversaw the financial activities related to expenditures and charges made by the organization.

However, other members of the organization holding executive positions received compensation on average higher than Ahrens. This can’t be said for the Vice Chair and members.

According to San Francisco District Attorney Chesa Boudin, Ahrens embezzled over $150,000 for his personal use by writing himself checks and withdrawing cash from May 2012 to June 2018.

DA Boudin stated, “When an employee abuses a position of trust for personal financial gain, my office will hold them accountable for their actions.”

“This kind of misconduct by employees especially harms nonprofits, which rely on funding from grants and donations. Partners in Schools works to support educators who serve vulnerable youth; the violations in this case harmed the organization and its mission to help disadvantaged children succeed.  We hope that our prosecution will deter any future misconduct by anyone who seeks to exploit a position of trust for their own gain: you will be held accountable,” continued DA Boudin.

PSI has detailed multiple accomplishments on their website dating back to 2015. These accomplishments include a Partner in Educational Excellence granted by California Administrators, being named 2017 Gratitude Network Awardee, and being named a grantee for the Bill and Melinda Gates Foundation’s Networks for School Improvement initiative.

Also listed on the PSI website were multiple school districts that PSI had worked with, like Contra Costa USD, grants for schools in Nevada, and working with the School District of Philadelphia.

Catherine is a fourth year undergraduate student at UC Davis, majoring in Psychology and minoring in Communications. She plans to graduate in 2022 and is interested in studying law.