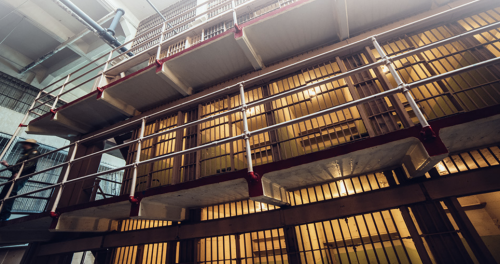 WASHINGTON, DC – The Sentencing Project has released a report examining the criminalization of LGBTQ+ people in U.S. prison and jails—the study indicates they are overrepresented, especially if they are Black.

The report, titled, “Incarcerated LGBTQ+ Adults and Youth,” first identifies the LGBTQ+ population as anyone of non-heterosexual and non-cisgender identities.

The report then notes, “LGBTQ+ adults are incarcerated at three times the rate of the total adult population. LGBTQ+ youth’s representation among the incarcerated population is double their share of the general population.”

To reach these findings, Research Fellow Emma Stammen and Senior Research Analyst at The Sentencing Project Nazgol Ghandnoosh Ph.D., are applying the percentages of a 2012 National Inmate Survey to the 2020 incarcerated population.

The authors have cited homelessness, poverty, unemployment, discrimination, and violence, conditions that LGBTQ+ people experience at higher rates, as factors that lead to their overrepresentation.

The report offers recommendations for reform, steps the federal government should make to reduce the harm of incarceration that include “repeal laws that criminalize LGBTQ+ people, limit the use of solitary confinement, mandate access to gender-affirming health care in correctional facilities, and invest in drug and mental health treatment and reentry programs for LGBTQ+ youth and adults.”