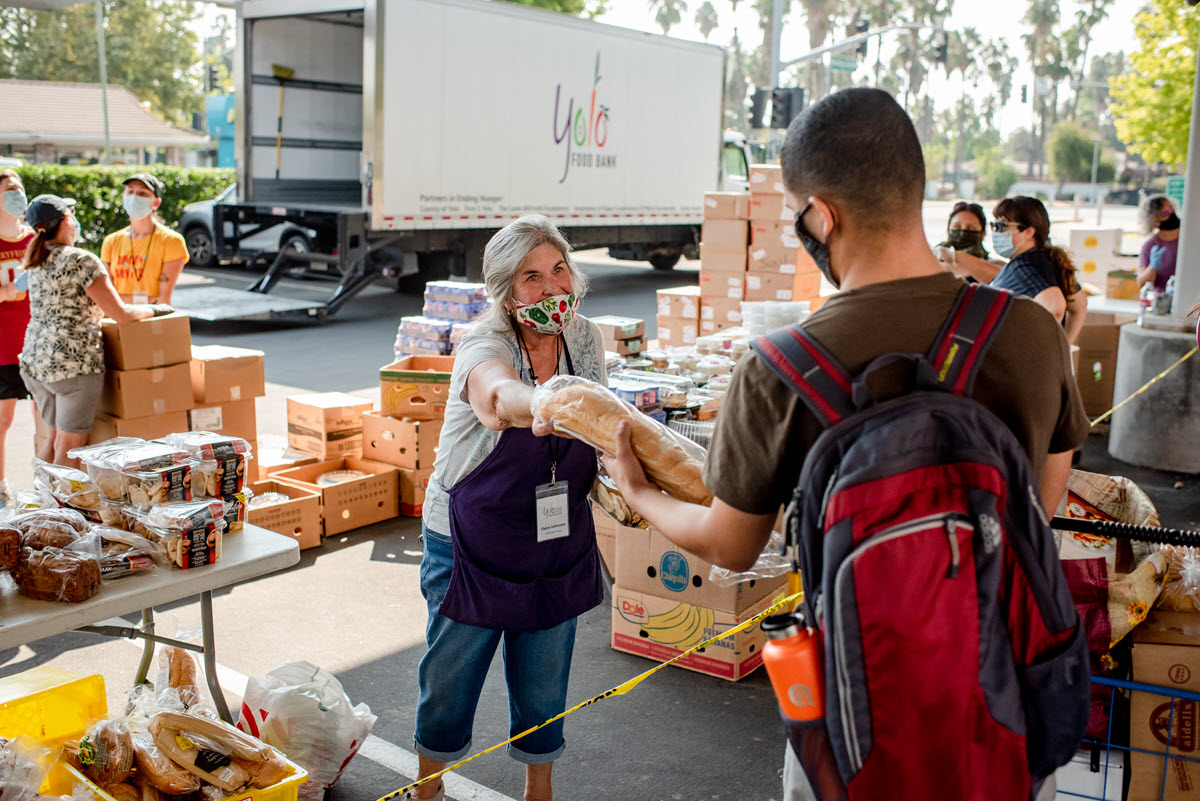 The Yolo Food Bank (YFB) Board misrepresented the truth to the community when their spokesman said the Board did not delay the May 25, 2022, election of new board members.

FOX40 reporter Sonseeahray Tonsall asked Gene Endicott if it were true that “there were not enough board members to constitute a quorum and carry on board business and then board elections were delayed.” Mr. Endicott responded, “No, that is not true.”

Similar to the misstatements by Mr. Endicott on the Board’s behalf that I revealed in my previous Vanguard commentary, this new claim is easily refuted by a number of documents.

Three YFB Board members, Jim Durst, Dan Ramos, and Liz Schmitz came to the Food Bank on May 20, 2022, with the intention of terminating Executive Director Michael Bisch. The entire Executive Team was present for the meeting. In that meeting, the Executive Team refuted the pretextual reasons the Board used to justify their decision to terminate Michael. In addition, the Executive Team informed the board members that they could not terminate Bisch because the termination constituted retaliation against Bisch for the formal complaints he had filed, which were still being investigated by independent counsel. Durst, Ramos and Schmitz were also told that they had no authority to terminate Michael given they had already termed out. Clearly surprised by this turn of events, the three ex-board members gathered up the termination paperwork and then left the Food Bank offices.

At the May 25, 2022, Annual Meeting of the YFB Board, the agenda clearly shows the board meeting included an election of board members and that the board would review resumes of the community members who had put their names forward as candidates. Instead of holding an election, two of the four valid board members shouted down a YFB staff member and then rescheduled the meeting to June 22. They did not even have sufficient board members to  take that action! In the end, they left the Zoom meeting without conducting any business and without even hearing from the candidates.

On May 27, 2022, the YFB Board sent an email to the candidates in which they said that they were “advised by counsel to end and reschedule the Board meeting with as minimal discussion as possible.” First of all, the official Food Bank attorney at the time, Bowman & Associates, gave no such advice to the Board. In fact, Bowman & Associates advised the complete opposite, saying that delaying the elections put the Food Bank in jeopardy. Second, the email makes it clear that the YFB Board pushed any consideration of electing the candidates to the board to an undefined future when they said that they “look forward to circling back with you about engaging with YFB in the near future.”

Another way to describe what the Board did on May 25 is to say that the YFB Board “delayed” the election of new board members. Something Mr. Endicott told the community in the FOX40 interview the Board did not do.

When the YFB Board actually did meet to elect a sufficient number of board members to the board, they met in secret on May 30, 2022. Rather than consider the candidate board members whom the Board ignored at the May 25, 2022, Annual Meeting, the Board instead voted to (1) reelect termed out members Liz Schmitz and Matt Mariani to the board so that they had a sufficient number of board members to take action, (2) terminate Executive Director Michael Bisch, (3) terminate the Food Bank’s attorney, Bowman & Associates, that was investigating the Board for numerous allegations of board misconduct, and (4) appoint former chairperson Tom Muller, whom Bowman & Associates had recommended the board censure and admonish for violating YFB policies, to serve as the Board’s “liaison” to execute Michael Bisch’s termination.

In order to advance its mission of connecting, collaborating and convening its way to a more equitable and sustainable food system meeting the nutritional needs of ALL Yolo County residents, Yolo Food Bank first needs to regain community trust. Misrepresenting the truth and covering up misconduct and self-serving decisions is no way to earn the community’s trust. The only way for this board to regain the community’s trust is for Bowman & Associates to resume their independent third-party investigation into the allegations of the Board’s misconduct and for the results of the investigation to be shared with the community.

Zane Hatfield is the former Director of Programs for Yolo Food Bank.

Share:
Tags:Yolo Food Bank
Previous : AG Wants Court to Expedite Review of CEQA Lawsuit
Next : HCD’s Letter to San Francisco Should Be Read as a Warning to Other Communities