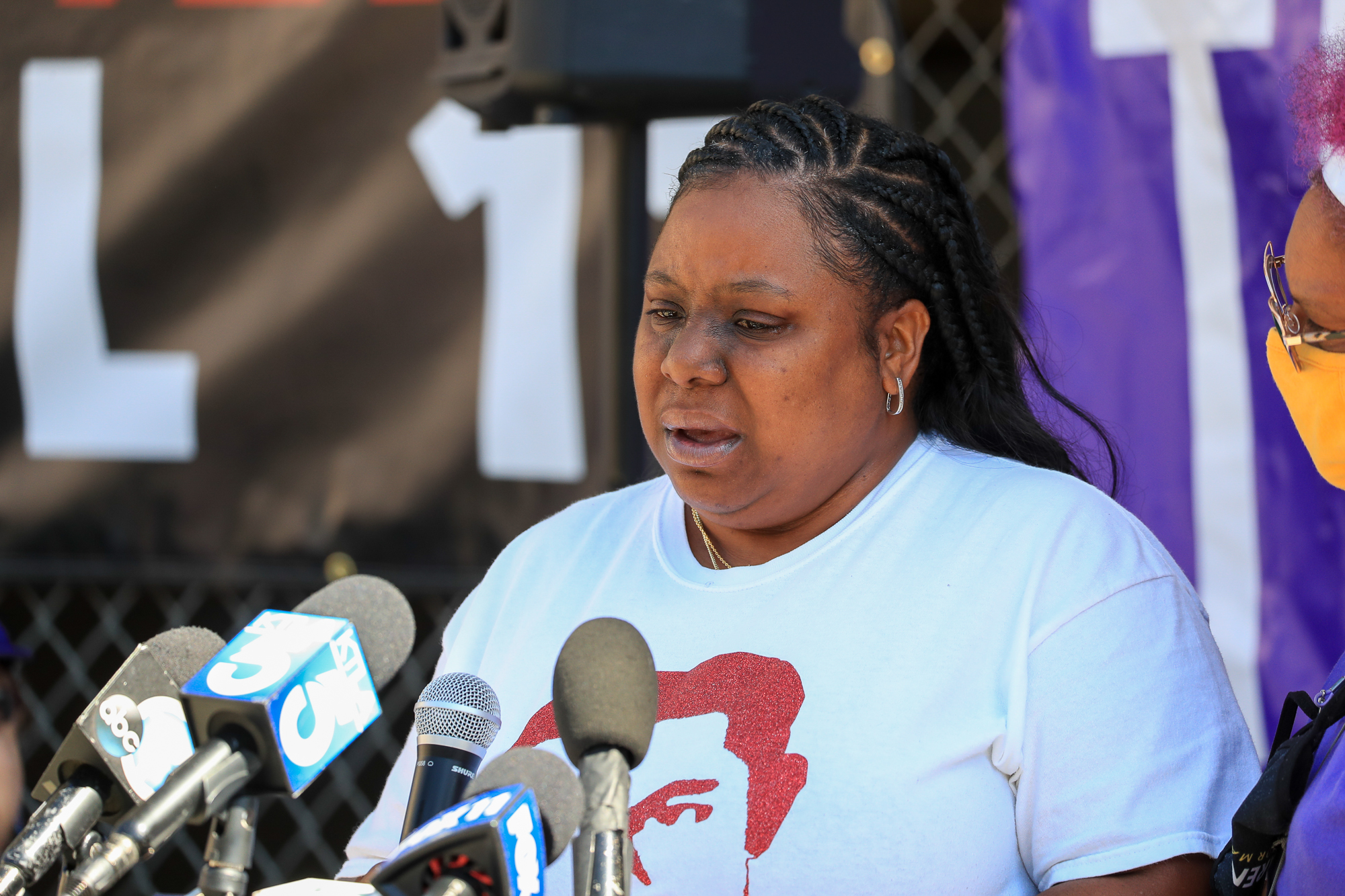 Los Angeles, CA – In 2019, Ryan Twyman, 24, was shot and killed by LA County Sheriff’s Deputy Andrew Lyons.  The DA’s office this year charged him with voluntary manslaughter and two felony assault charges with a semiautomatic firearm.

According to published accounts, Lyons and another deputy were responding to an apartment complex when they approached a parked vehicle where Twyman was sitting.  Both deputies

opened fire after Twyman put the car in reverse.

The DA’s office claims, when the car came to a stop nearby, Lyons allegedly retrieved his semiautomatic assault rifle and shot into the vehicle after it stopped moving.  The county settled a civil suit for $3.9 million.

On Wednesday, Chiquita Twyman, Ryan’s sister and a member of SEIU Local 2015 spoke at the Gascón rally. 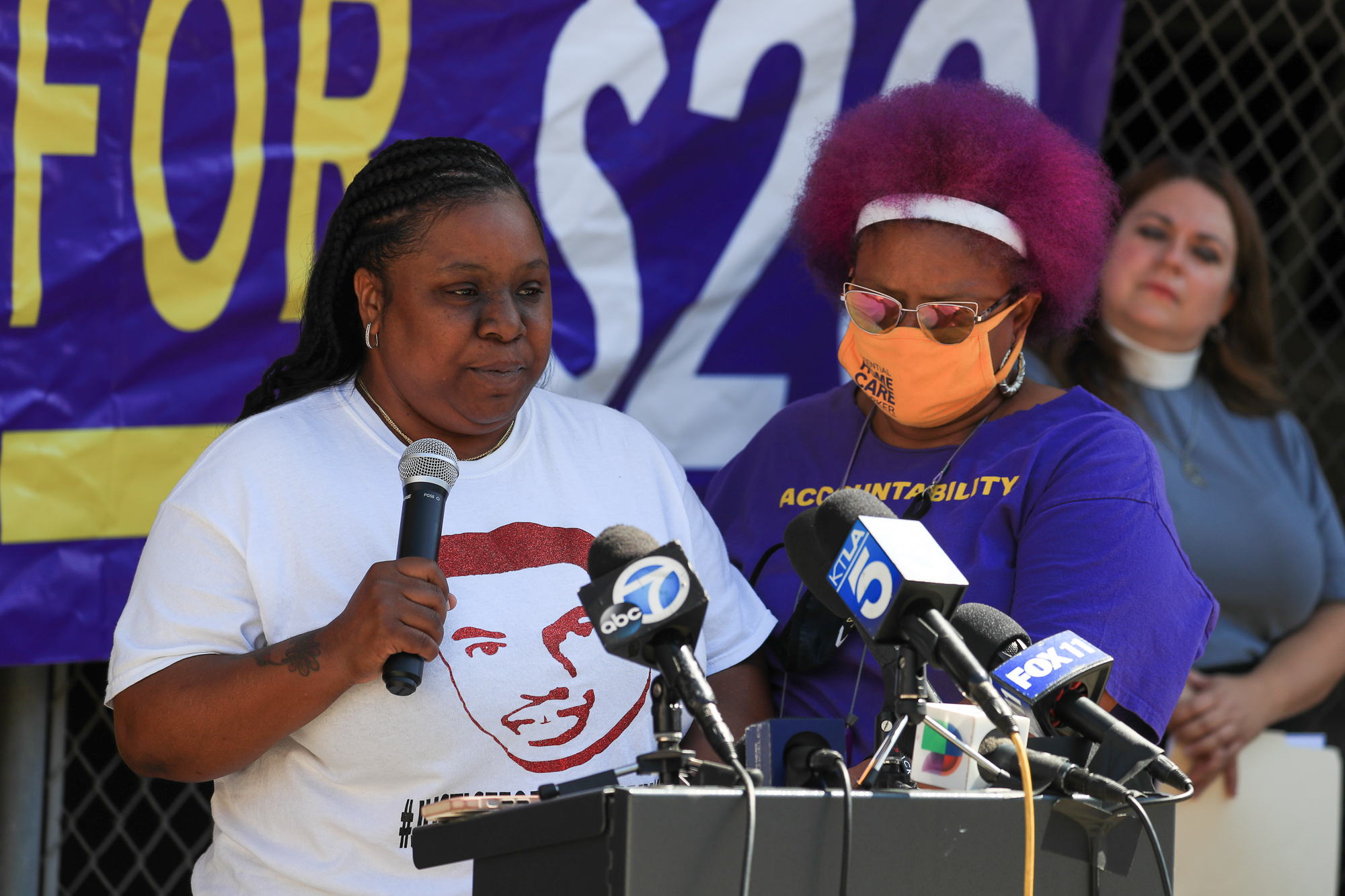 I’ve been a long-term care worker for 13 years.  Today I’m here to talk about the importance of transparency and account in the LA County Sheriff’s Department.

DA Gascón promises to hold the sheriff’s department to the same law that we all have to follow.  Since this election, he has made some very rare reforms that must protect and continue to build off of.

I’m the sister, the oldest sister of Ryan Twyman, who was killed by LA County Sheriff’s Department June 2019 in Compton, California.

My little brother was shot over 34 times by two Los Angeles County Sheriff Deputies, another black unarmed young man at the hands of police officers, who’s supposed to protect and serve us. 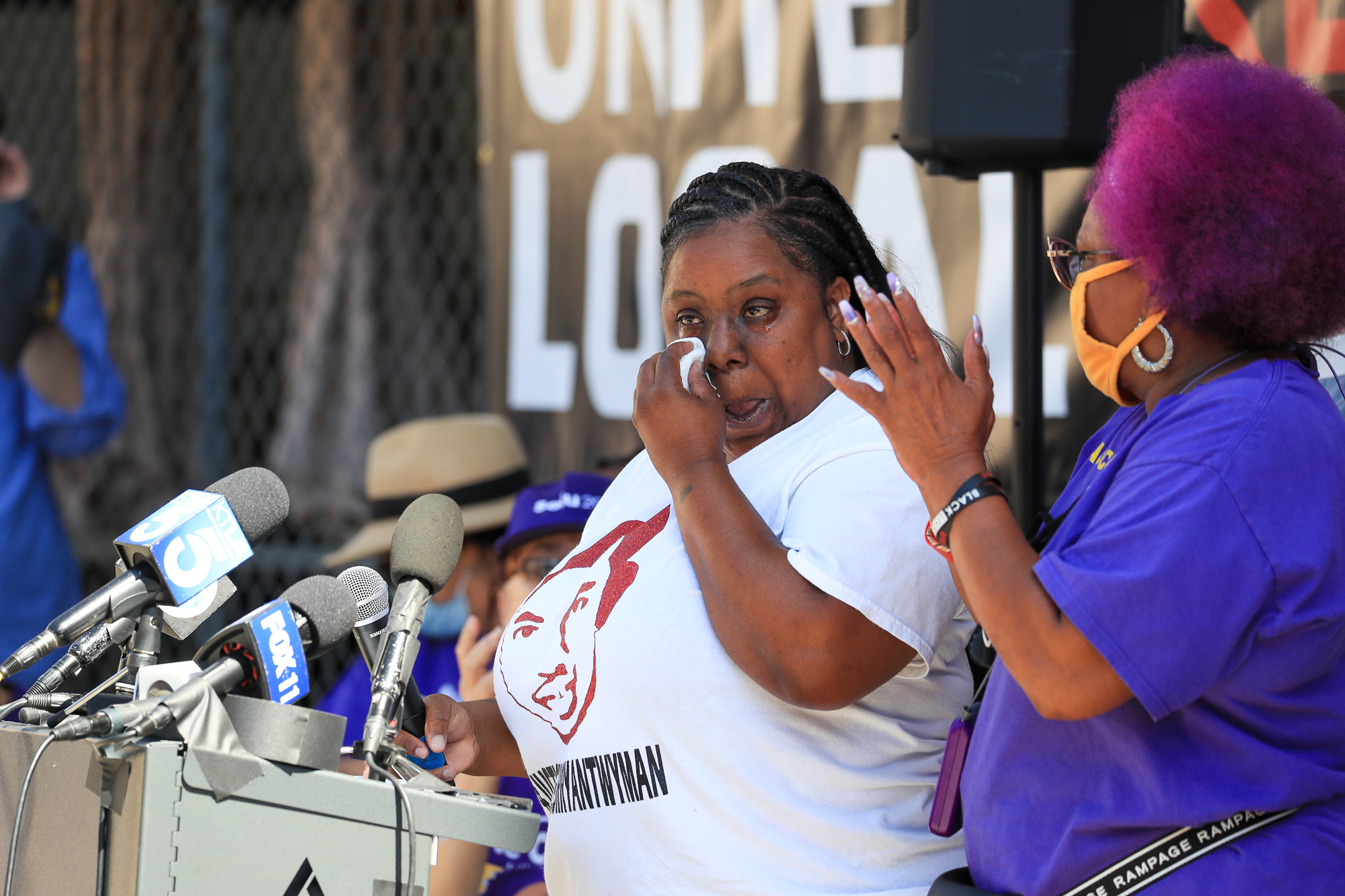 Since the Sheriff’s department gunned down my brother, they have no transparency in the process of investigating the deputies involved in his murder and no accountability of holding the same officers to a standard that the community can put their trust in.

DA Gascón has made moves to put an end to the police lawlessness. He has open investigations into police and Sheriff’s misconduct right now.

We couldn’t even get his predecessors to look at. We need to protect the criminal justice reforms we have gained that have only been able to achieve the blood, sweat, and tears.

These reforms are step in the direction of justice, but we still have a long way to go.